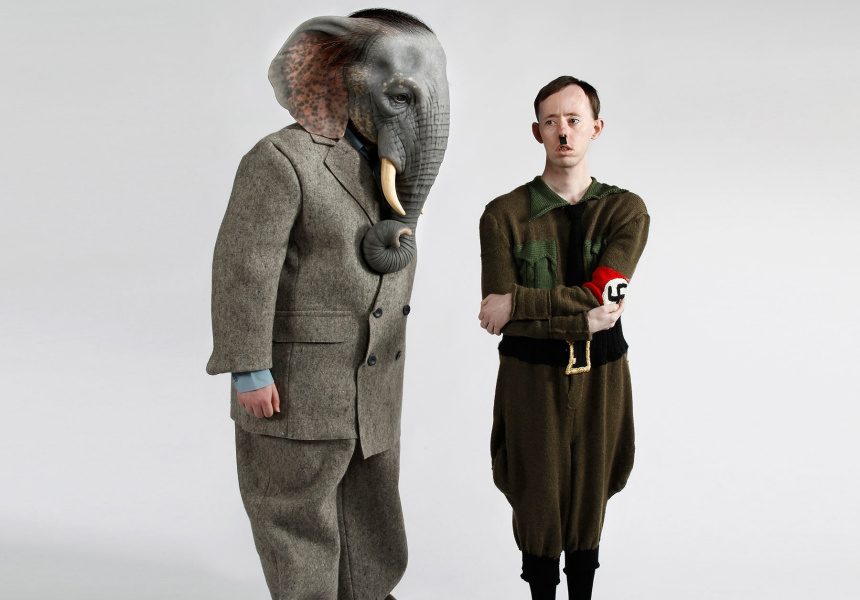 Photography: Courtesy of Back to Back Theatre / Jeff Busby

Cancelled: Ganesh Versus the Third Reich at The Playhouse

Entertainment
Invalid date
Price: $55–$65
Buy Tickets
For more than three decades Geelong’s Back to Back Theatre has been staging works in Australia and abroad, covering difficult themes to much acclaim. It’s back in Melbourne for a three-show retrospective, ready to challenge assumptions and prejudices again.

It’s been 10 years since Ganesh Versus the Third Reich premiered at the Malthouse Theatre, yet the play’s central themes feel as salient and confronting now as they first did.

The story follows Hindu deity Ganesh as he travels to Germany to face the Nazis and take back the swastika, originally an ancient Sanskrit symbol. Along the way he encounters Hitler and Dr Josef Mengele, who has a grotesque fascination with people born with disabilities.

Since 1988, Geelong’s Back to Back Theatre, the pioneering company behind the production, has mostly employed actors with disabilities. Ganesh Versus the Third Reich sees some of these people take the stage in knitted SS uniforms, playing the Nazis who once tried to exterminate people like them.

It’s uncomfortable material, but the audience isn’t expected to process it alone. It’s soon revealed: Ganesh Versus the Third Reich is a sly play-within-a-play, about a small theatre company rehearsing a play about Ganesh and the Nazis.

The multi-award-winning production is typical of Back to Back, which has a track record of dismantling prejudices and assumptions in ways that are dark, provocative and waggish, yet ultimately heartfelt and deeply resonant.

At Rising the company will perform a mini retrospective, rounded out by two other shows: 2005’s Small Metal Objects and 2008’s Food Court.

The former title was never designed for the stage. The actors appear in the most public of spaces wearing cordless mics, while the audience, seated nearby, is provided with headphones to pick up on their every word. Pedestrians, commuters and other members of the public frequently become unwitting participants in this story about two unassuming men, who’ve arranged to meet two high-flying execs to make a shady transaction. The work has already been staged at Flinders Street Station, Sydney’s Circular Quay, New York’s Staten Island Ferry Terminal and London’s Stratford Station. At Rising it will appear in Queensbridge Square.

The bleak Food Court, meanwhile, examines our obsession with body image, and society’s complicity in the associated bullying and shaming. This time, as always, post-jazz trio The Necks will provide the live score, improvised but reliably droning and relentless. 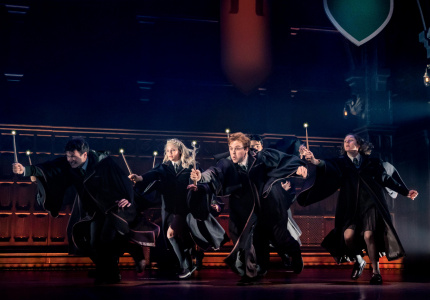 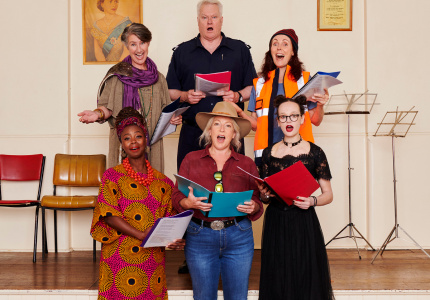 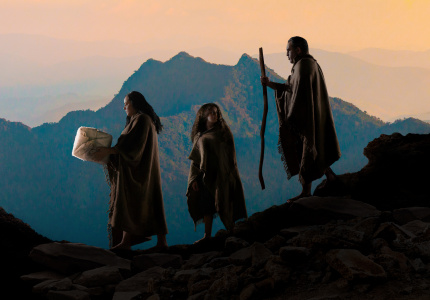