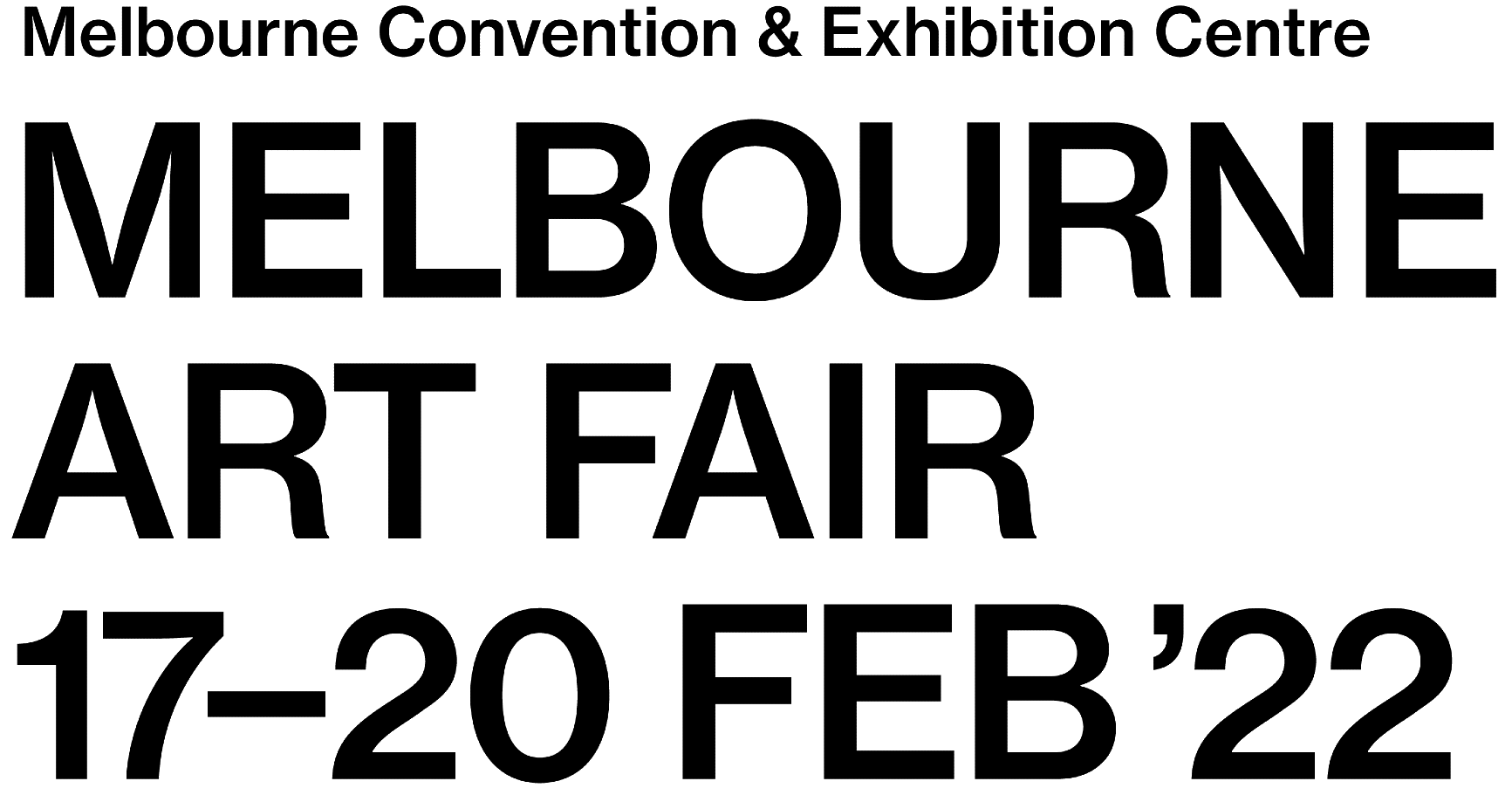 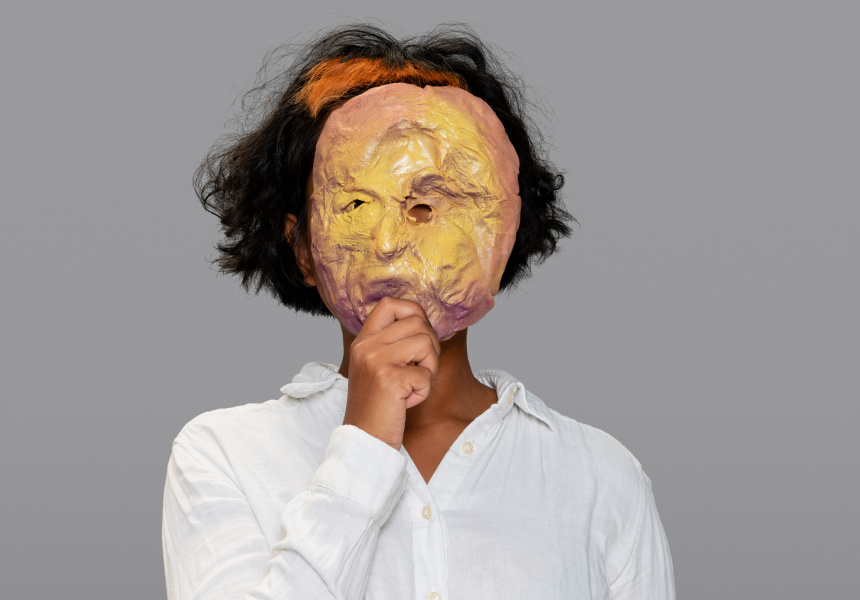 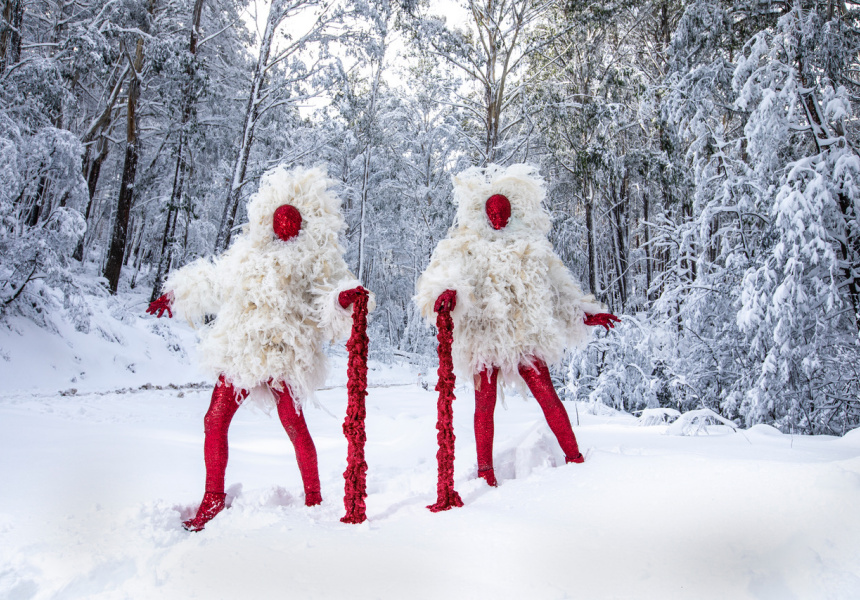 Melbourne Art Fair is back from February 17–20 at the Melbourne Convention and Exhibition Centre, presenting new and iconic work from artists represented by 63 leading galleries. And we’re joining in the fun.

On the eve of Melbourne Art Fair’s opening comes Gallery Night: a series of exhibitions, events, roaming performances, and pop-up video projections in the CBD, running from 4pm until late.

Kicking off the program is Body Loss, dancer and choreographer Angela Goh’s ongoing enquiry into the mythical creature of the siren at NGV Australia in Fed Square. At 6pm, join a guided tour of two exhibitions at Anna Schwartz Gallery on Flinders Lane: group exhibition Peripheral Vision, and Mike Parr’s Volte Face. Elsewhere on Flinders Lane, Arc One Gallery presents Julie Rrap’s Drawn Out, a new video-performance work in which the artist creates a video portrait of her body in charcoal.

At Sarah Scout Presents on Collins Street, catch a private viewing of Animal, a new work by Cate Consadine and Stephen Garrett challenging the dominant paradigms of sexual power and gender. On Little Collins St, Nick Modrzewski will perform Furlough in the foyer of Next Hotel Melbourne, in which a masked parade twists the everyday mundane into a colourful spectacle, presented by Discordia. Make your way to Subtype to experience an immersive moving-image and soundscape installation by Grant Stevens, presented as part of Video. At the Kelvin Club, Blackartprojects presents Amala Groom’s Myths & Legends: a didactic, a performance that invites audience members to question notions of power and authority in vivid space. While over at Mission to Seafarers, Gagprojects presents an exhibition viewing with artist James Geurts.

Lastly, from 9pm, keep your eyes peeled for The Huxleys’ roving installation and processioséanceance of costumery, glamour and absurdity.

See the full program and event times at Melbourne Art Fair website. Gallery Night is supported by City of Melbourne through the Events Partnership Program (EPP). 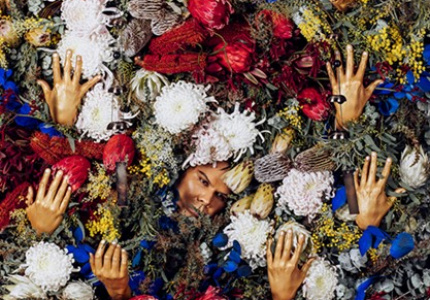 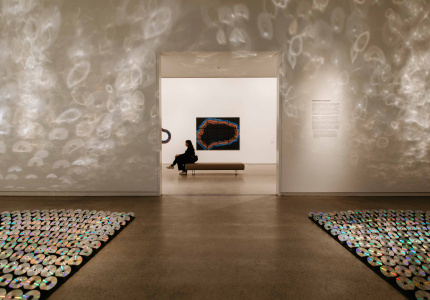 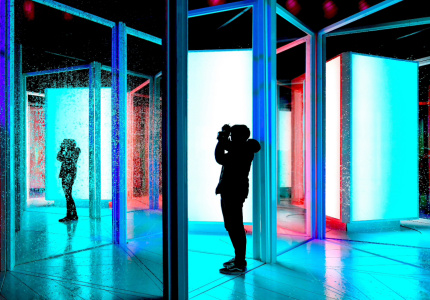 Van Gogh at The Lume Melbourne