Fridays after work can go one of two ways - head home with your tail between your legs hellbent on recuperating, or hit the tiles with your head held high hellbent on celebrating. Lean into the latter this month with FOMO Fridays, a series of offers and activations cooked up by the City of Melbourne in partnership with some of the city’s best retailers, bars and restaurants.

After-work cocktails are sorted with free aperitifs in Chinatown (choose from Bar Clara, 1806, Berlin Bar or Union Electric), two-for-one deals at various bars (including San Telmo) and cocktail masterclasses by Hightail Bar in Collins Square. You can also grab a glass of free sparkling wine at the GPO or a $10 boozy hot chocolate from Ludlow Bar by the Yarra, plus two-for-one sangria and beer at Argentinian restaurant Asado.

For fans of free food (everyone?), pick up Shortstop doughnuts from Bourke Street Mall or grab a free cupcake while getting your nails done in Myer. There are also chances to win hampers from King & Godfree and other vouchers; 20 percent off at participating retailers including Wittner shoes and selected lines at Nique; two-for-one movie tickets at Kino Cinemas, as well as lobby activations and in-office events around the city.

There are plenty of incentives for shopping at Melbourne Central, which is handing out $20 gift cards, and the Docklands Pop-Up Night Market, offering free movie tickets. Find out what the future holds at the free fortune teller booth in QV’s courtyard – it won't be a parking ticket, thanks to 25 per cent off parking from Wilson for customers who book through the app.

The offer only runs for four weeks, so plan your TGIF outing asap.

See a full list of events and more details. 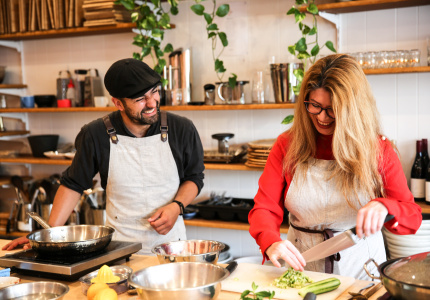