Melbourne’s got plenty of drive-in and outdoor cinemas, but this one dials up the nostalgia factor.

The Disney+ Drive-In is taking over the Melbourne Showgrounds car park with classic animated films from the House of Mouse, including The Lion King, Mulan, Beauty and the Beast, Hercules and Lilo & Stitch, plus singalong sessions of Frozen and The Little Mermaid, so you can let it go and be part of that world.

Despite the name, the drive-in shows more than just Disney flicks – you can also catch films like Pretty Woman, Moulin Rouge!, The Devil Wears Prada, 10 Things I Hate About You and The Greatest Showman, plus recent Marvel releases Shang-Chi and the Legend of the Ten Rings and Black Widow.

There are also Pixar films on the program, like Up, Cars and Coco, alongside live-action Disney flicks such as The Parent Trap, Freaky Friday, The Princess Diaries and Cruella.

It’s the classic drive-in set-up, with cars parked in front of a huge screen while you listen through the radio. Movie snacks like popcorn and lollies will be available, or you can order your favourite cuisine through Doordash and staff will deliver it straight to your car.

A new experience called The Park swaps the vehicles for bean loungers, so you can watch the films while having a picnic under the stars (with table service, too). 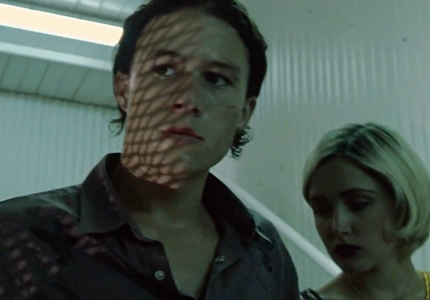