Produced by Broadsheet in partnership with Cartier. 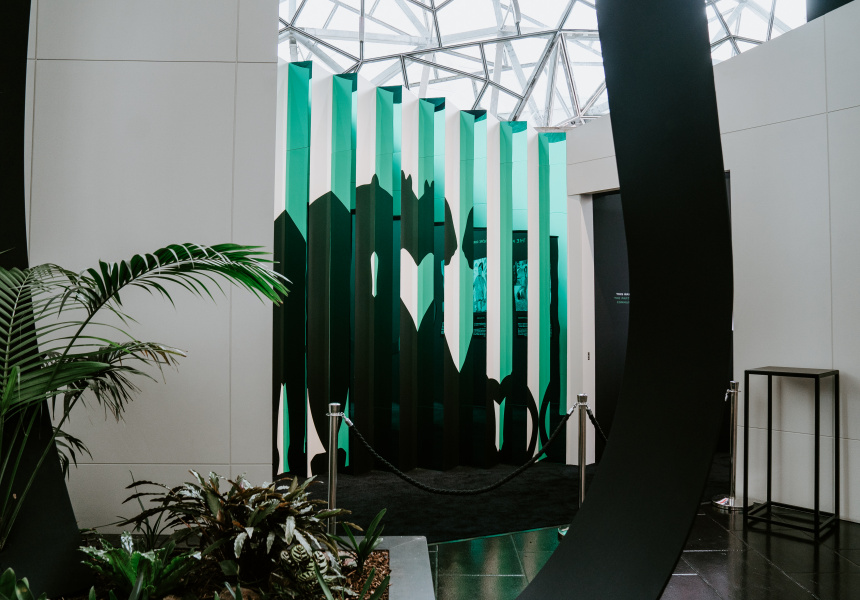 Update: this exhibition has closed from March 16 due to coronavirus concerns.

The Cartier Into The Wild Experience makes its Australian debut on March 6 and runs until March 17. Into the Wild provides an intimate look at the history and metamorphosis of the Panthère de Cartier collection through a series of interactive screens and select jewellery on display.

Visitors will see behind the scenes of the collection’s conceptualisation and into the mind of its inventor, a woman who revolutionised Western jewellery in the 20th century.

In the early 1910s she formed a friendship with Louis Cartier who nicknamed her “the panther” – perhaps for her intelligence and rebellious spirit. Impressed by her creativity and eye for art deco trends, he offered Toussaint a job. In 1933 he named her his successor and the brand’s creative director, making her one of the first women to lead creation at any European jewellery or fashion house.

The rise of film encouraged a preference at the time for vivid gems, as they sparkled brilliantly on the silver screen. But Toussaint gambled on bold cues from Indian, Chinese and Persian styles, and her jewellery became known for its bright gems, such as turquoise, amethyst and coral, as well as its sculptural form, natural movement and animal motifs, with the design of snake necklaces and crocodile brooches.

In 1948 she created her first full 3D panther. A gold and enamel brooch in the shape of a panther and lounging on a 116-carat emerald, was debuted by Wallis Simpson, the Duchess of Windsor. Simpson went on to acquire an additional Panthère pieces, one of which – an onyx and diamond bracelet – sold at a Sotheby’s auction in 2010, the highest price ever fetched for a bracelet at auction at the time.

The panther has become a Cartier emblem, appearing on rings, watches, bracelets and necklaces, with new designs launched in 2019. You can explore the collection in detail at Into the Wild.

Produced by Broadsheet in partnership with Cartier. Learn more about partner content on Broadsheet.