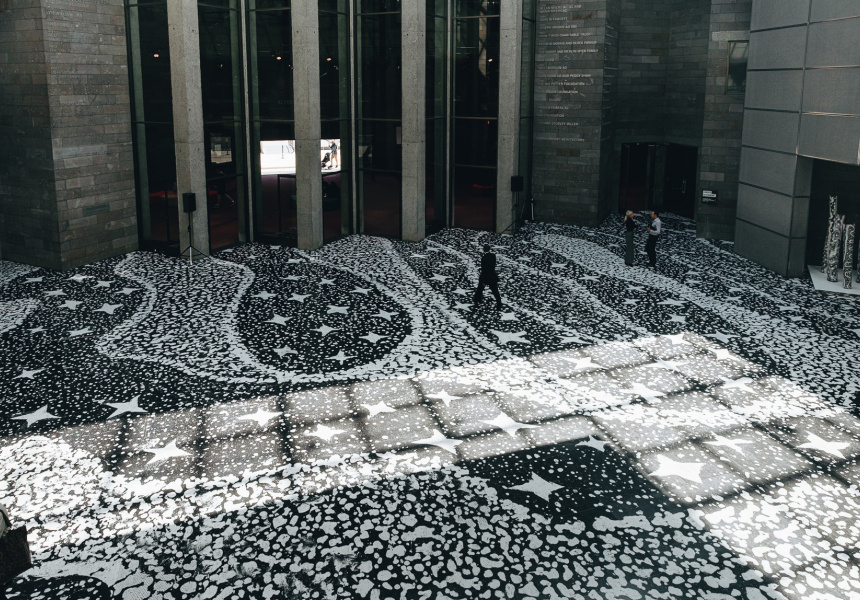 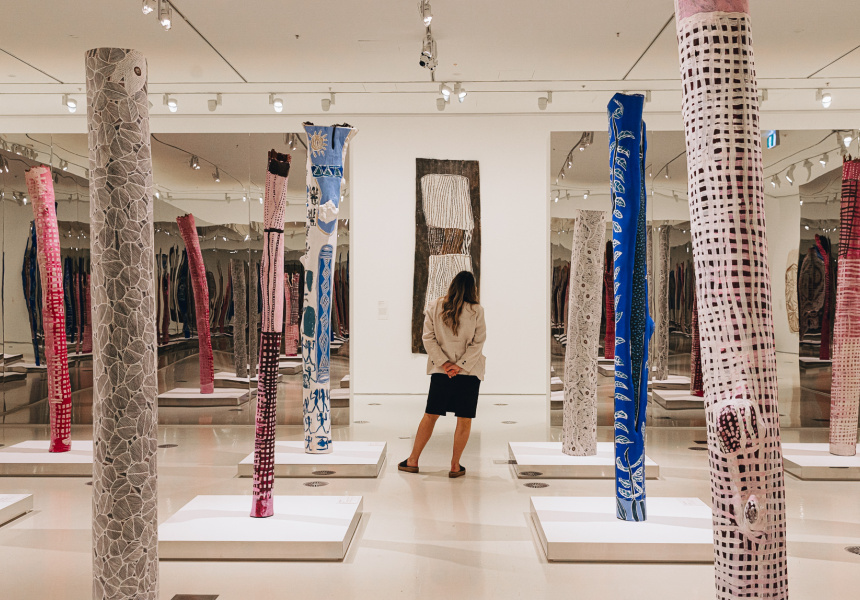 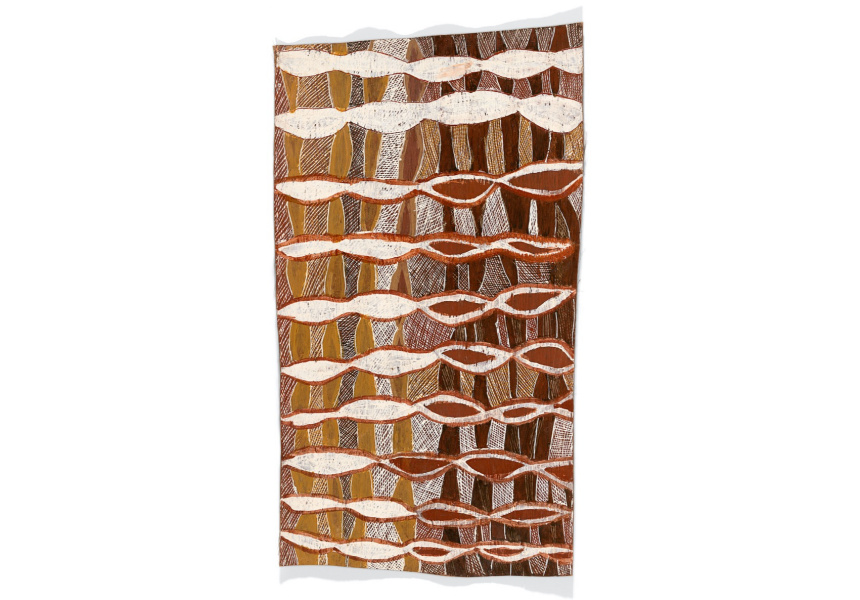 The startling pink hues of the nine poles that make up Djapu 2020 are achieved by mixing natural pigments with the fuchsia ink of printer cartridges. The mirrored room that houses them creates the illusion of an infinite grid.

Artist Nonggirrnga Marawili has bridged Yolngu tradition with contemporary techniques, as have many of the artists in the NGV’s new exhibition, Bark Ladies: Eleven Artists from Yirrkala.

The 1970s saw an increase in the influence of Yolngu women artists – such as master painter Ms Wirrpanda, who died in February 2021, and whose last works are on display in the exhibition. The exhibition – of bark paintings and larrakitj – has been developed by the NGV and senior women artists working out of the Yolngu-run art centre, Buku-Larrnggay Mulka Centre, in Northeast Arnhem Land.

Larrakitj, such as in Nonggirrnga Marawili’s work, are memorial poles – painted hollow logs, traditionally used by Yolngu people as a type of coffin or bone container. Along with bark paintings, they often utilise cross-hatching, figurative and geometric designs, and clan designs. Land and sea are connected in a single cycle of life, celebrated through songs, sacred designs and art.

Among this collection are three vivid bark paintings by Eunice Djerrkngu Yunupingu titled I am a Mermaid, New Generation and My Wedding, telling the story of the artist’s conception as the spiritual mermaid and the mermaid dream her father recalled when her mother was pregnant with her. Dhuwarrwarr Marika’s Birth of a Nation contains the identity of the coastal place known as Yalangbara, which is the landing site of the Djang’kawu Sisters, the major creator beings from the mythical island Burralku.

There are also contemporary works, such as the huge floor-based commission from Naminapu Maymuru-White. It depicts Milngiyawuy, also known as the Milky Way or River of Stars, and stretches across the entire floor of Federation Court. In the cinema on the mezzanine floor, audiences can listen to Maymuru-White tell the story behind the work, connected to the mortuary ceremonies of the Manggalili clan, whose deceased souls are turned into stars.

Bark Ladies: Eleven Artists from Yirrkala is at NGV International from Dec 17 2021 to April 25 April 2022. Entry is free.