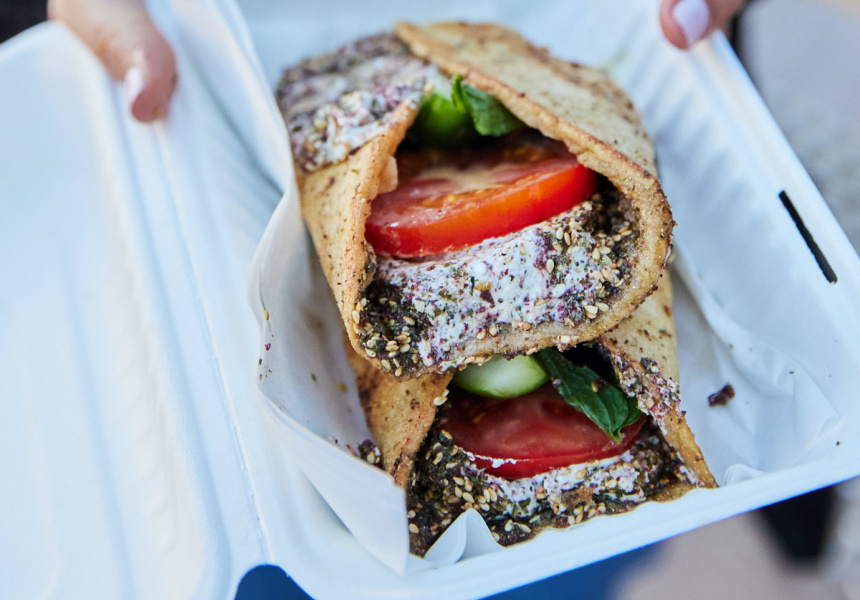 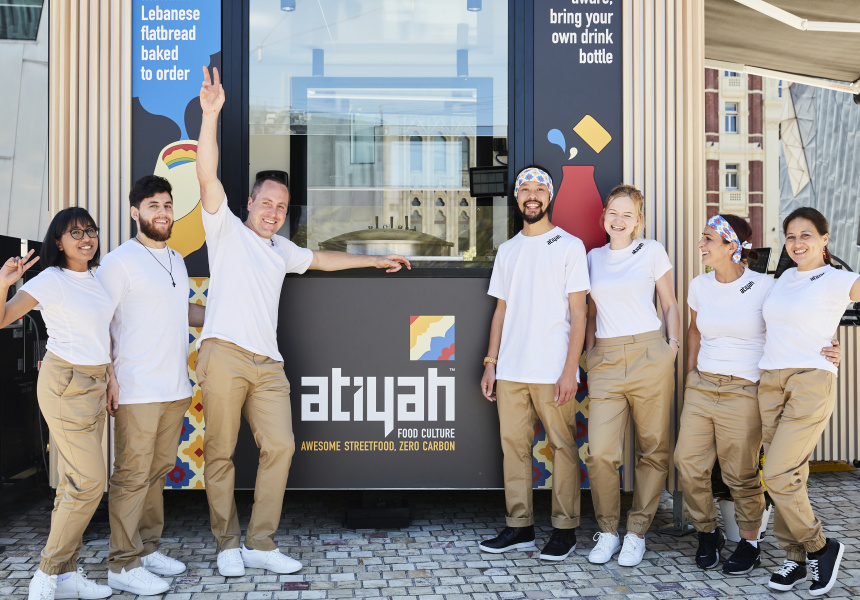 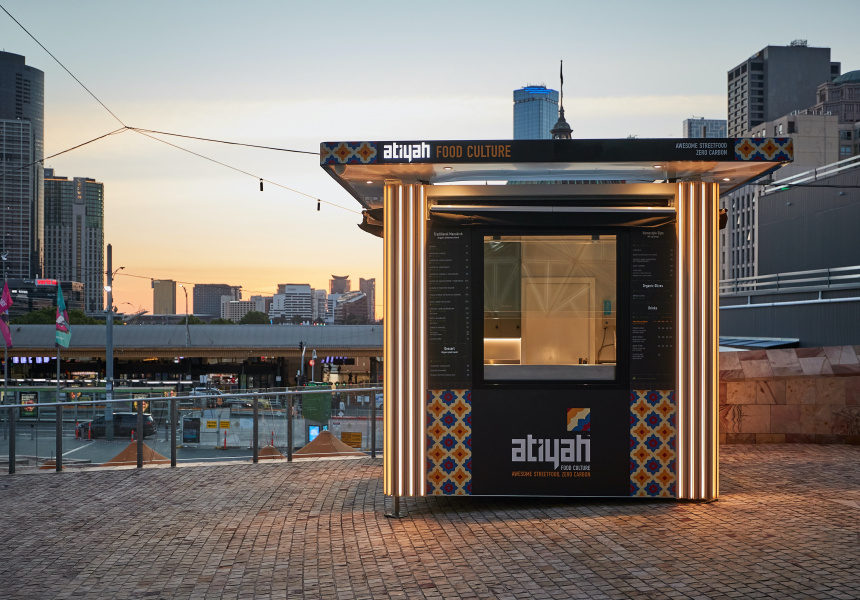 Now it’s taking that same zero-carbon, all-renewable ethos to Prahran Market with a new pop-up. Everything served will be cooked off-grid using 100 per cent waste cooking oil as a power source for the biodiesel generator, and 1000 litres of water will be used from a Queensland tank that harvests moisture out of the air with hydro-panels.

Atiyah is by Ben Armstrong and Therese Helou, an in-law duo (Armstrong is Helou’s son-in-law), who are both working to show that a greener, more sustainable approach to food service is possible, all while serving authentic Lebanese cuisine – Helou is currently "stuck in Beirut" but is sourcing spices and working on recipes while Armstrong runs the kitchen here.

As at the Fed Square flagship, the pop-up is serving traditional manakish (Levantine flatbread) cooked on a domed metal griddle known as a saj; they’re rolled up with fillings like za’atar, cheese, goat labneh, olives, roasted sesame, lamb and beef. But exclusive to Prahran Market is a new breakfast menu of manakish with sumac poached eggs, sauteed mushrooms, seven-spice grilled tomatoes, spicy lemon spinach and akkawi, a Middle Eastern cheese.

Atiyah’s menu shows you the amount of carbon emissions saved with each order, including for dips such as hummus, baba ghanoush and goat labneh, salads and mezza. There’s also a kid’s menu, rosewater rice pudding for dessert, and drinks made with Two Boys Brew organic kombucha, or filtered rainwater. 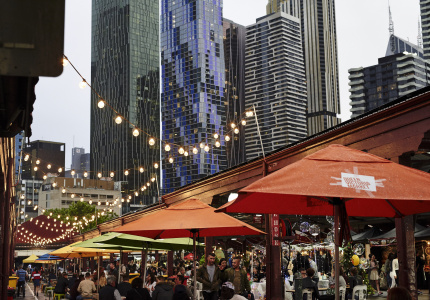 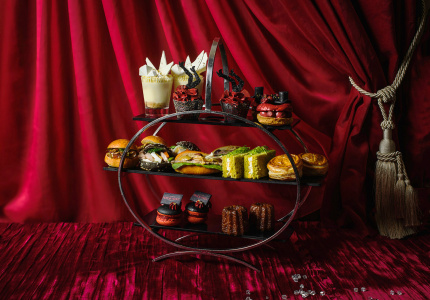 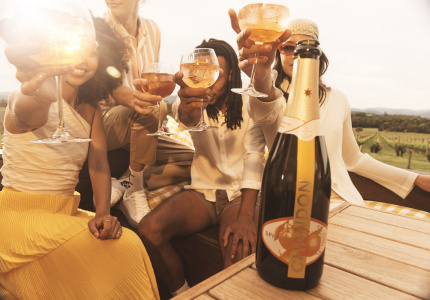 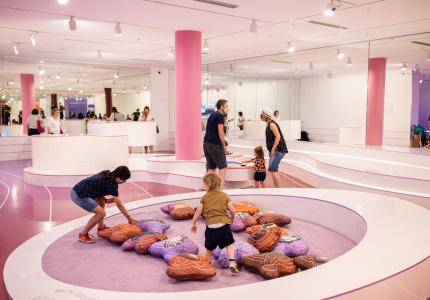