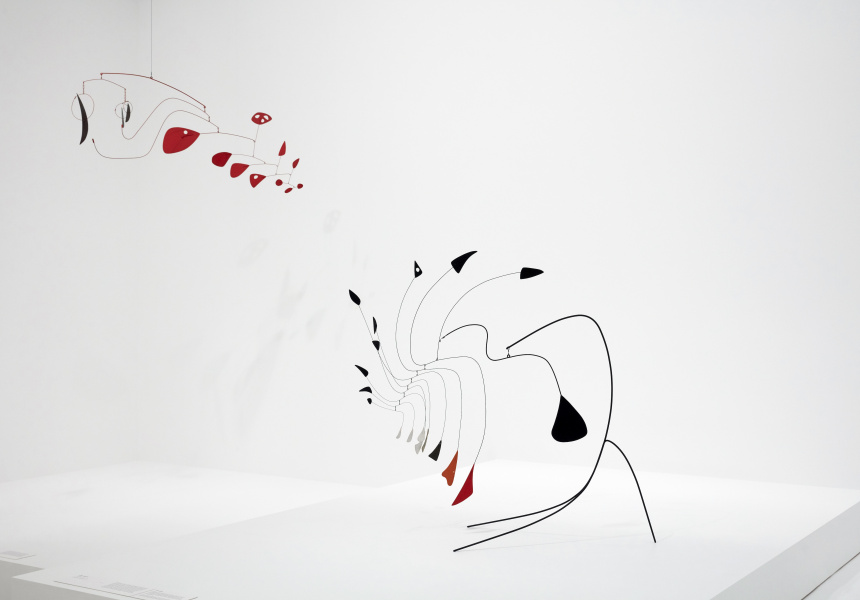 The next time you see a gently swaying mobile in a window or above a baby’s crib, think of Alexander Calder. The late American sculptor dabbled in everything from paintings to jewellery, but he also literally invented the mobile.

Calder was widely recognised for introducing motion to the field of sculpture, and his work will be shown in all its kinetic and often colourful glory at the NGV. The appropriately titled Radical Inventor exhibition features more than 90 pieces, including many on loan from the Calder Foundation in New York. While his moving sculptures will be a feature, visitors can also observe his lesser-known work in the form of two-dimensional illustrations and three-dimensional wire “portraits”. His work ranged from the small-scale and intimate – think person-sized mobiles of thin wire and metal – to vaulting public sculptures and even colour-drenched cars, aeroplanes and jewellery.

Whether powered by actual motors or just thin air, Calder’s work remains as engaging today as it was during his life. (He died in 1976, at age 78.) The exhibition is especially exciting for younger visitors; they should appreciate Calder’s playful eye for sleek shapes and balanced light and shadow. Kids can also try sculpting in a special workshop tied to the exhibition.

Developed by the Montreal Museum of Fine Arts in collaboration with the Calder Foundation, Radical Inventor captures the enduring vision of an artist who balanced precision physics with the breezy whimsy of the natural world. Some might even see it as a chance to reconnect with your wide-eyed inner child.