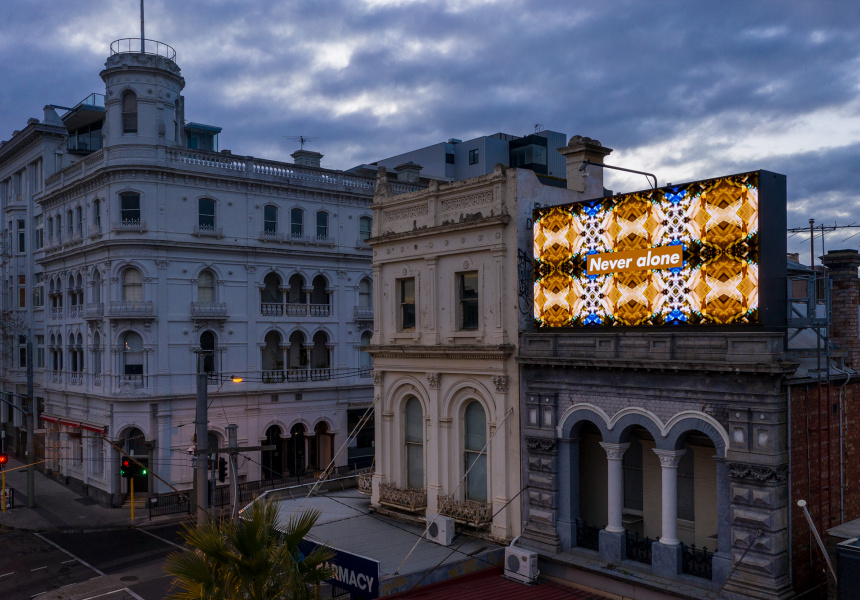 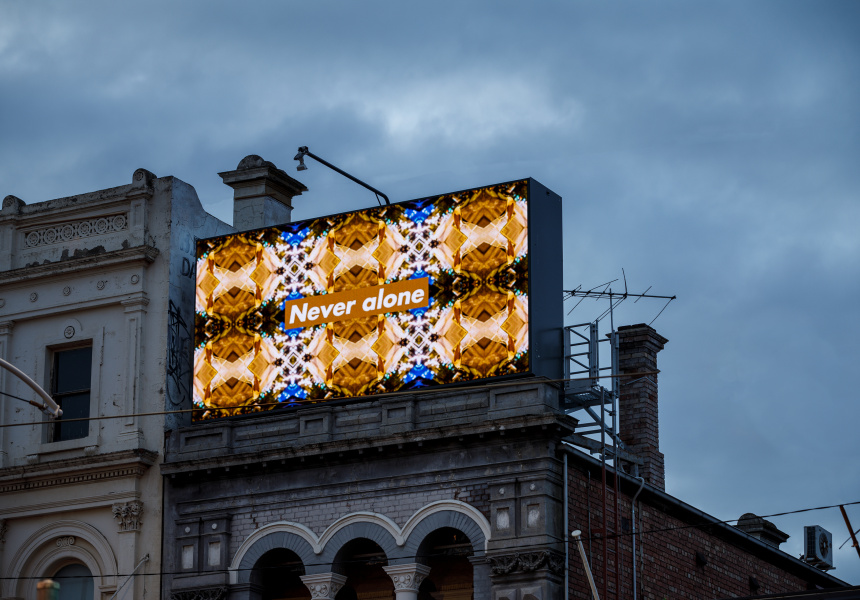 Not every billboard catches your eye, but there’s a good chance Kent Morris’s will – if you happen to see it.

Displaying for 20 seconds every three minutes, the Melbourne artist’s digital piece Never alone is a bright, kaleidoscopic message of soothing perspective perched above the St Kilda intersection of Grey and Fitzroy streets and Canterbury Road. The words “Never alone” appear against a bejewelled backdrop with a recurring motif of a native bird, the night heron.

Offering a glimpse of hope in between the billboard’s regular rotation of ads, the piece marks the first in a series of off-site projects from Melbourne’s Australian Centre for Contemporary Art (ACCA) in the lead-up to next year’s major exhibition, Who’s Afraid of Public Space?

A descendant of the Barkindji people of north-western New South Wales, Morris focuses on the interaction of native life with the constructed city environment. Never alone takes inspiration from the nankeen night heron, a bird Morris encountered and photographed while walking at night through the Melbourne suburb of Elwood (Yaluk-ut Weelam Country) in the early days of isolation.

“During the Covid-19 period, there has been a reframing of how we collectively perceive time,” says Morris, who is also CEO of The Torch, an organisation supporting Indigenous men and women in prisons and post-release through arts and cultural programs. “We have a remembered past, an anxious present and an uncertain future. Never alone encourages a reflective response to our current state of existence and suggests that the incorporation of Indigenous philosophies, knowledges and relationships can reshape and navigate a connected pathway forward.”

The piece stands out all the more with the decrease in vehicle and foot traffic at the St Kilda intersection lately. Its subtle intrusion is in keeping with the return of some animals to the city lately as more humans stay indoors. The billboard, a reflection on the lack of Indigenous cultural representation in the urban environment, also lies halfway between two significant gathering places for First Nations people in the suburb.

Next year’s Who’s Afraid of Public Space? exhibition will explore the contested nature of public space and culture, and the character and composition of public life itself, according to ACCA artistic director and CEO Max Delany. The exhibition will open in the summer of 2021–22 and encompass a series of events and programs spanning both the gallery space and public works, with podcast-style walking tours by Australian authors like Tony Birch and Sophie Cunningham.

The billboard is on display until August 30. 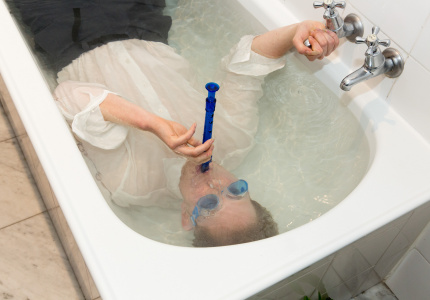