The Delphi Bank Greek Film Festival returns for its 24th year in 2017. It celebrates the best films out of Greece as well as the work of Greek-Australian filmmakers such as award-winning film writer and director Sotiris Dounoukos (Joe Cinque's Consolation), and philosopher and filmmaker Mary Zournazi (Dogs of Democracy).

The line-up this year includes Djam by veteran Cannes director Tony Gatlif; an unsettling story of racist Greek nationalists in Amerika Square; and the story of a broke musician who locks his ex-girlfriend in the basement of a luxury villa in Afterlov.

Psychological thriller The Killing of a Sacred Deer stars Nicole Kidman, Colin Farrell and Alicia Silverstone and won Best Screenplay at the 2017 Cannes Film Festival, where it was also nominated for the Palme d’Or.

For something a little lighter, there’s the Hellenic answer to The Hangover, Antonis Sotiropoulos’s The Bachelor, which stars Greek comedian Yannis Zouganelis in a story that trades the famous Hollywood film’s Las Vegas setting for the island of Thessaloniki.

An encore screening of the 2016 festival sellout Cloudy Sunday will return to The Astor Theatre to wrap up the festival. The movie tells the untold story of Thessaloniki’s Jewish community during the Second World War. 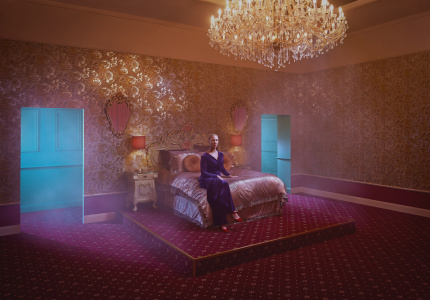