The film uncovers the man behind the famous name. 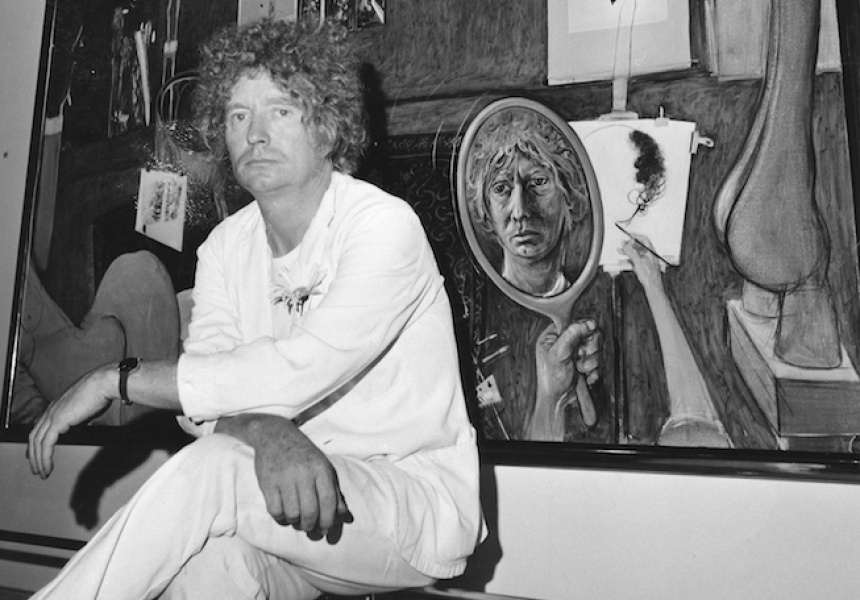 Twenty-five years after his death, artist Brett Whiteley and his paintings are still making headlines. In a sensational about-face, a judge this week acquitted two Victorian men previously convicted for creating and selling what were alleged to be fake Whiteley paintings.

Such is the power of Whiteley, one of Australia’s most celebrated and influential artists, who died in 1992, aged 53. A fascinating new docudrama, Whiteley, attempts to discover who this famous Australian artist really was.

“It was my intention with this film – my mission, if you like – to collect, collate, and create an intensely interpretive, penetrating and emotional experience of Whiteley’s life,” says writer-director James Bogle. Rather than being delivered as a straight biopic, Whiteley is told in a dramatic-documentary style, with actors portraying key moments in the artist’s life.

Narrated using recordings of Whiteley’s voice, the film brings together previously unseen interviews, excerpts from diaries, letters and footage shot over four decades. It moves from his happy childhood in Longueville on Sydney’s north shore alongside sister Frannie Hopkirk (who also features in the film), to his “banishment” to school where he discovered art in a book on Van Gogh. Viewers watch first-hand as he creates the masterpieces American Dream – his anti-Vietnam painting that nearly drove him to his death – and Alchemy.

“I wanted to shock. I wanted people to wake up,” Whiteley says in his unmistakeable Aussie drawl. And shock he did. Throughout the 1960s, ’70s and ’80s, Whiteley changed the Australian art scene forever, thrusting it into the international spotlight as he took personal and artistic risks in a bid to push himself further.

The fact that in his young life the artist was dogged by drug addiction and affairs is common knowledge. But Whiteley goes behind that, giving viewers a greater sense of what drove the man and his addiction to art, to heroin, and to his muse and the love of his life, former-wife Wendy Whiteley. Her presence is felt strongly throughout through archival footage and fresh interviews.

Whiteley ends rather abruptly with his death, but his presence and complex, brilliant life linger long after.

Whiteley opens nationally on May 11. Preview screenings introduced by Wendy Whiteley will be held on May 1 at Palace Norton Street in Sydney and May 4 at Kino Cinema, Melbourne. There will be a Q&A on May 2 with Wendy at the Cremorne Orpheum Sydney.