Tim Ellis on magical thinking and his new theatre, hidden in the leafy streets of Northcote. 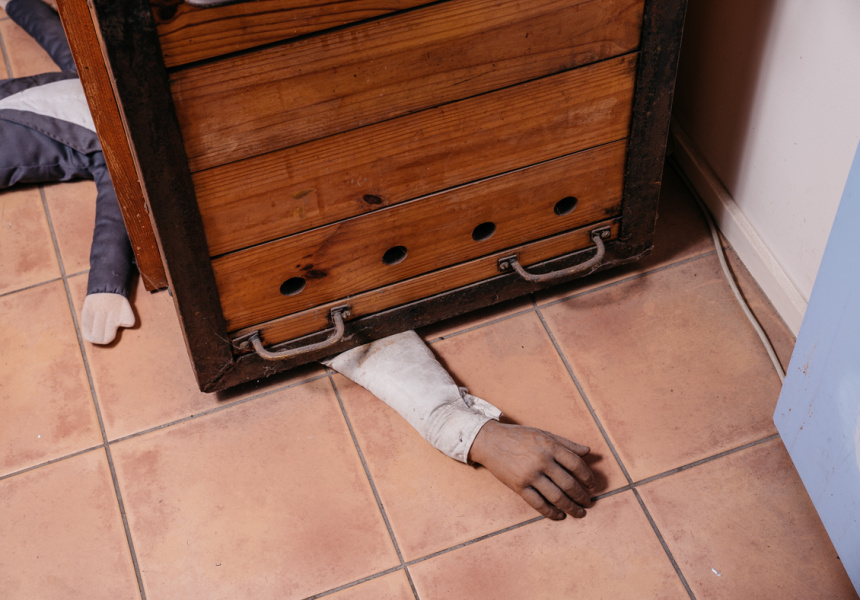 Tim Ellis is a magician, and a fairly mysterious man. While getting ready for a recent performance, he speaks in a soft, low drone. He’s different from the larrikin, dad-joking persona that he’s about to embody onstage, and measures each statement with care. His greying hair is coiffed high and, judging by his expression, he seems to be stifling a perpetual giggle. It’s unclear if this is all an act, offstage and on.

“I’ve been doing magic for 45 years,” Ellis says. “I started off with a Hanky Panky Magic Set my grandfather gave me when I was very young. I learned all the tricks in that set and showed them to all my friends and family… I enjoyed having a bit of a secret they didn’t know about.”

Ellis spent his youth in Melbourne’s libraries, hunting down tips on card tricks and rare illusions. He was a regular of Bernard’s Magic Shop on Elizabeth Street (which is now closed), where he connected with other lovers of the craft. He would later own and manage Bernard’s for a period in the early ’90s.

In 1989, Ellis made national headlines when he locked himself in a crate, sealed it with chains, and was dropped into the Yarra River. It was his Houdini moment, but for the most part Ellis prefers performing close-up magic: card tricks, sleight of hand and classic flabbergasting. He also eats razor blades, on occasion.

“I’ve been doing the classic ‘linking rings’ trick for 35 years,” Ellis says. “It’s the exact same routine. But since I changed the presentation, by adding a bit of style and music to it, everyone’s taking notice. It can be as simple as changing the music you work to, which might take an ordinary trick and make it a signature piece for a magician.

“You play with a trick, and play with it, and it suddenly clicks into place.” This comes from experience, Ellis explains, and the development of “magic thinking”.

It’s something that Ellis, in his role as President of the Australian Institute of Magic, helps young performers develop, along with “how to perform ethically”.

“Which is how to not rip off people, or copy,” he says. Some of those AIM magicians are now performing around the world, competing overseas, and getting invited onto television programs in other countries. “We are quite proud of that,” Ellis says.

In 2004, with the help and stamina of other AIM masters, Ellis set the Guinness World Record for the longest magic show ever produced – 75 hours of uninterrupted magic involving 1177 tricks. Ten years later, annoyed that no-one had challenged his record, Ellis topped his own feat with an 85-hour stint. The record is proudly displayed in the lobby of the new Laneway Theatre beside dozens of other awards, including one from a major American magic convention with the Harry Potter-esque name Fechter’s Finger Flicking Frolic.

If you score a ticket to Ellis’ intimate Laneway Theatre, you’ll enter via a nondescript alley in Northcote. Ellis only releases the address once people have booked their ticket. Which makes sense, considering that it’s actually his home. The ground floor of this renovated broom factory is now a kitschy haunted house, a 32-seat theatre and a (slightly bizarre) museum dedicated to Ellis’ career. There’s the crate from his Yarra River stunt, retired decks of cards (each with its own elaborate story) and antique magic training manuals. Inside the yellowing copy of Thayer Quality Magic Catalogue No. 7, under the chapter “Effects with Eggs” you’ll find explicit diagrams for tricks such as the The Human Hen and The Diminishing Egg.

The Laneway Theatre is Ellis’ quasi-retirement plan. Rather than having to tour the country, or the globe, he can simply trot downstairs on the evening of a show. Performances are scheduled irregularly, and Ellis plans to host touring magicians as well as Melbourne up-and-comers. As for his own routine, it’s a story of regular reinvention.

“That’s the challenge with magic,” Ellis says, “It’s a very unexplored artform. There’s so many magicians I know who make up their act and they keep that same act forever.

“It’s by being bad that you get better. I mean, how many times can we really watch Star Wars? It’s a great film, but let’s try something new.”