Big sets from Nicolas Jaar and Neil Finn on a poignant and glittery weekend in and around the Supernatural Amphitheatre. 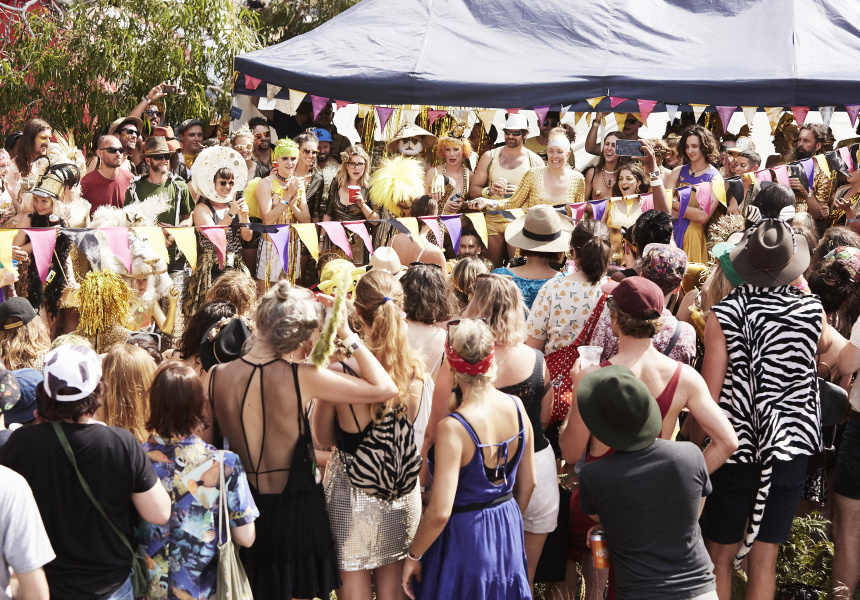 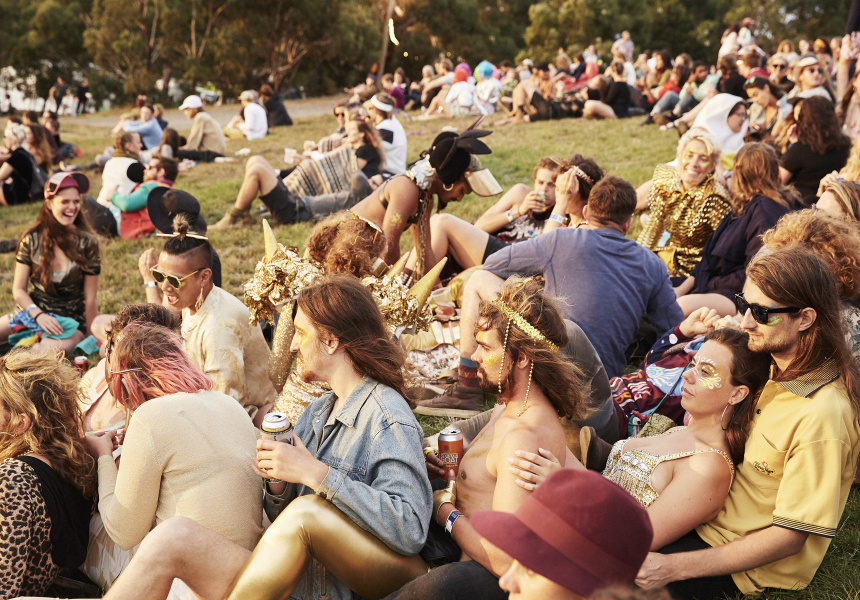 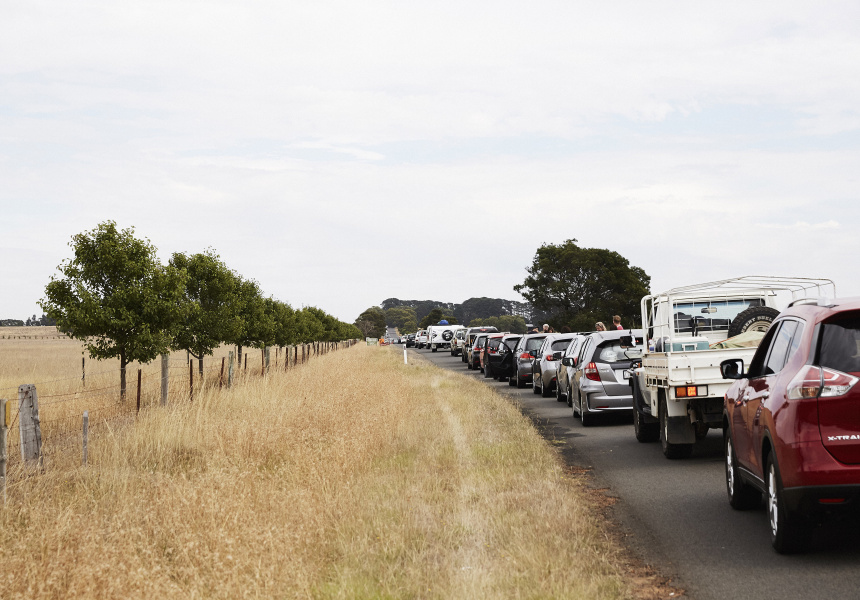 Golden Plains, like any festival weekend, starts before you get to the gates. The early wake up in the hope of claiming a desirable camping spot, combined with arguments over how to correctly load the car, can set a tense tone. The stench of the Brekky Hero Roll you picked up at Hungry Jacks is matched only by the wafts of fertiliser rolling across the highway near Werribee.

Then you arrive. For anyone seeking advice on novel ways to spruce up your campsite, hooking up a blender to an old boat battery is a winner; blended Margaritas are the best way to lubricate a Caribbean-themed campsite party once your tent is set up. Big thanks to the Tucker Tent for providing the 30-odd sachets of sugar required for the final blend of strawberry daiquiris on day two.

Melbourne’s Cash Savage and the Last Drinks delivered the first truly great performance of Golden Plains 2017. After prowling the stage to fiddle-inflected gothic-blues, Savage ended her set with a call for marriage equality and a deeply emotional message to the woman she loves with the ballad I’m in Love.

Americans Chain and the Gang provided the big surprise of the weekend, delivering a set of pure, unhinged rock’n’roll weirdness. For anyone struggling to get back into work after the festival, just remember the words of Chain and the Gang front man Ian F. Svenonius:

“When you go to work tomorrow … with your red eyes. And your employer looks at you and says, ‘I resent your lifestyle’, what do you do? You say: ‘hummamummamumma hummamummamumma’.”

Although its disco, boogie and ’90s-house influences are wildly derivative, Total Giovanni is still one of Melbourne’s best party bands. But not every band needs to re-invent the wheel, demonstrated by Geelong band Orb, whose Black Sabbath-indebted sound delivered some perfectly heavy riffage.

To be fair, it was always going to be hard for the Giovanni boys following Nicolas Jaar, who delivered the set of the festival. With pre-downpour mist rolling into the amphitheatre, the US-based Chilean composer and producer caressed the audience into an inescapable, synth-induced trance before a final 20 minutes during which multiple undulating bass lines were relentlessly layered in a devastating salvo. Any dads still hitting repeat on their Eric Clapton CDs claiming electronic music has no soul should take note.

Cross-generational dad rock was represented with pure nostalgic joy by Neil Finn aka the Most Earnest Man in Pop. It is truly remarkable that after 40 years – with his accomplished post-Crowded House work continually being overshadowed by hits like Don’t Dream it’s Over, I Got You (Split Enz) and Something So Strong – he can still sing the crowd favourites with so much passion.

Although the stage is often given over to big international headliners, one of the truly great things about Meredith and Golden Plains is that small local bands are given that same huge audience (and often in key timeslots). Notable local highlights this year included Camp Cope, Olympia and the Peep Tempel whose pre-Neil Finn set was for many the rival to Nicolas Jaar for best in show.

This year Golden Plains couldn’t help but be tinged with sadness for the organisers. Two weeks ago Jack Nolan, father of festival co-founder Chris, passed away. As the tributes rolled in from performers, and those in attendance cheered in recognition, one can only hope the Nolan family felt the true outpouring of gratitude from the crowd for giving up its beautiful farm and allowing those lucky enough to indulge in magical experiences year after year.