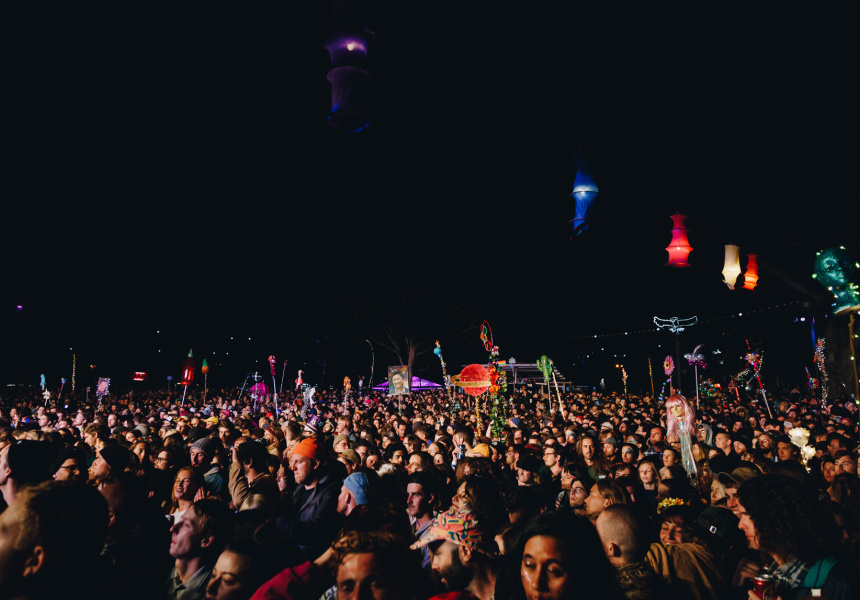 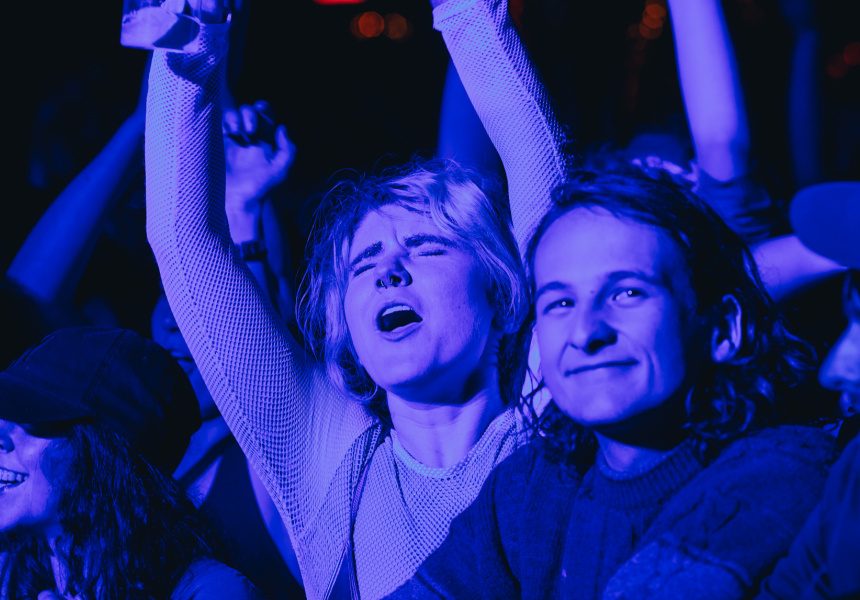 Melbourne band Amyl and The Sniffers opened Meredith Music Festival 2017 by ignoring the speed limit on their song Westgate before conjuring up a bottle of their namesake from the front row of the crowd.

“Giddyup!” cried one of the band members.

This is a quintessentially Meredith moment: local degenerates throwing down a gauntlet.

Funk-punks !!! (Chk Chk Chk) and disco lord Todd Terje may have whipped the festival into a frenzy on Friday and Saturday nights, but this festival is as much about Amyl and the ratbags in her backing band as any big international act.

It’s as much about people and place as it is the music. Or a rave stick with Penny Wong’s face on it. Or a dude dressed up as a giant Golden Gaytime.

Finally, here’s a hot tip for next year: Don’t bring $39 knock off R.M. Williams boots as your only set of footwear. With all the dancing, your heels will be non-existent by the end of the first band.