Tips For Surviving the Zombie Apocalypse

Three weeks of research into the sub-culture of zombie fans and I was bitten. For Halloween, I sought the assistance of the go-to zombie make-up guy, Dave Bowling, and for one afternoon I became The Zombie. 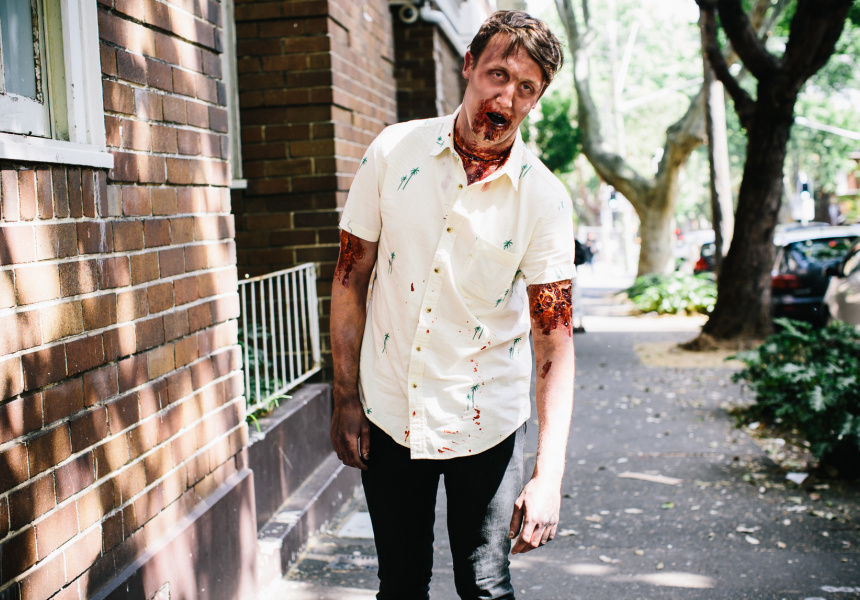 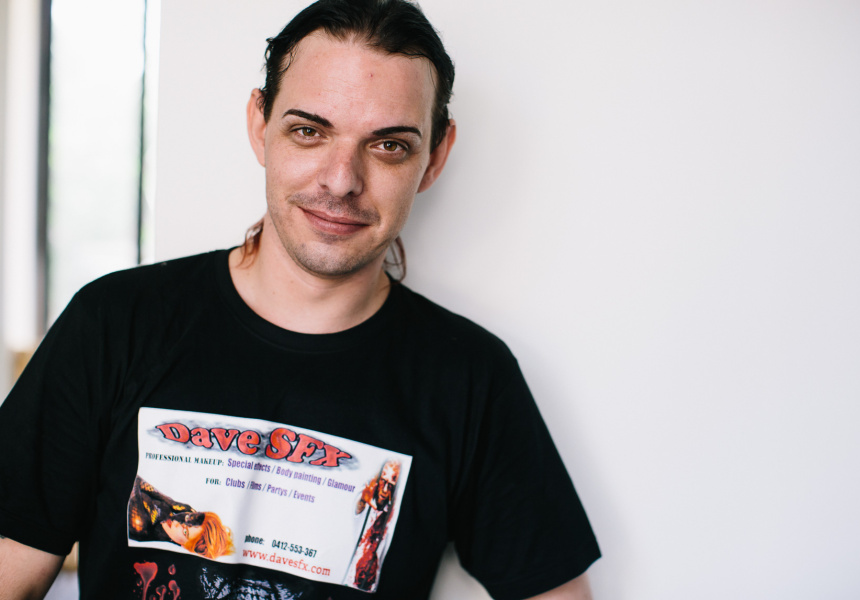 “Instead of putting my artwork up on a wall I wanted it to be out walking around,” Dave Bowling shares with me, as he slaps a latex wound on my arm. His impressive resume includes special effects for Russell Beattie’s alternative burlesque shows The Empire Strips Back and Dame of Thrones. “This is probably my favourite one,” he says, showing me a zombie graphic on his T-shirt. “It’s got a pencil sticking out of its eye.” He made it specially for the FX Channel’s Walking Dead premiere.

Layering and blotting, Dave gets to work on the bruising. “This one is called a death wheel,” he says, showing me his make-up palette. “Greys make the skin look discoloured and I try to keep it semi-translucent. Little touches of green help, too.” I look down. I have the rotting arms of a dead man. I close my eyes and Dave blots away at my face.

He begins to paint my wounds in a viscous scarlet. I’m sporting a horrendous gash around my neck, a four-inch bite mark on one arm and some form of grotesque, bubbling wound on my other. He crafts the latex wounds himself, moulding and sculpting them, touching them up on the subject with his own special coagulating blood paste.

“You're starting to look way more zombie now,” Nikki our photographer tells me with a bit of a grimace. She compliments Dave’s twisted artistry, telling him it’s the “worst thing” she has shot. “In a good way,” she adds.

I think back to some tips given to me by professional zombie choreographer, Jason Becks – who runs a zombie-hire company in Melbourne, as we make our way onto the street. “Remember, there is no malice in a zombie. Just impartial impulse to consume every living thing,” he said. “Take one shoe off, move slowly and stand asymmetrically.” I give it my best. I zombie shuffle my way into a pub to quench my thirst. “Blend in,” Dave tells me when I ask about his plan for the zombie apocalypse. “Do myself up as a zombie and hope they don’t notice me.” As I catch sight of myself in the window of the bar I am horrified. I think Dave’s chances of surviving the zombie apocalypse are pretty high.

Dave SFX is your go-to zombie man for all your un-dead special-effects needs.