Beats and Boys: A New Approach to Yoga 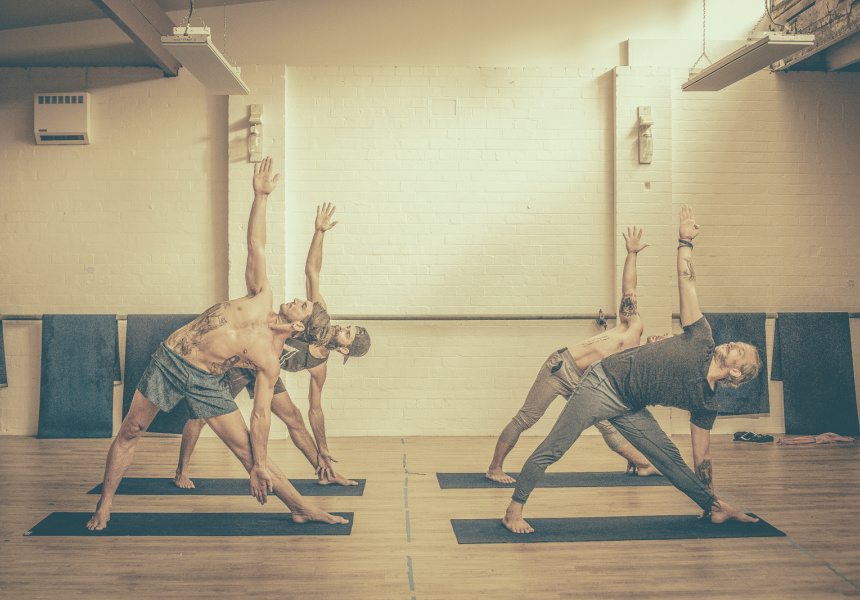 For two days only, Ben Gould of Bondi House Yoga is bringing a new vibe to your yoga practice. Gould will host BOYS OF YOGA, an international project created by yogi Michael James Wong and brought to Australia by Gould and his partner Amanda Graci. It involves doing yoga to “old school beats” in a warehouse. The events are happening in Melbourne and Sydney.

Gould and Wong met last year and share a desire to raise the profile of yoga in Australia. While it is established already, Gould says there’s a large demographic generally missing from the conversation: men.

“To most guys, yoga is pink Lycra and vegan chicks. It’s breathing deeply while doing poses named after animals and feelings. It’s done in dimly lit rooms with candles and incense, followed by gluten-free cupcakes and kale smoothies,” says Gould. “The reality is, this is not the case.”

While a focus on getting men in on the action was the genesis for the concept, the event is a celebration of yoga for all – guys and girls – with DJs, snacks and a welcome into the global yoga community. Wong, Adam Whiting, Dustin Brown and Duncan P will lead both practices, while Gould and Christian Ralston man the decks.

At both events DJs will play for an hour before the 90-minute yoga practice begins and continue during the class (timed with downward dogs and shavasana) until it’s time to eat. After the class, you can feast on snacks from St. Ali and Lola Berry.

“Through the practice the body will get stronger and flexible, the mind calmer, and life will become a little less chaotic,” Gould says. “Yoga is good for everyone; the benefits are undeniable.”

The Melbourne event will be at Sensory Lab Coffee Roasting on March 2.