Women Take Back the Narrative in ‘Yo, Carmen’

Yo, Carmen turns the iconic opera heroine Carmen on its head. In partnership with Arts Centre Melbourne, we meet contemporary choreographer María Pagés, who is transforming the story into a “flesh and bone” representation of female empowerment. 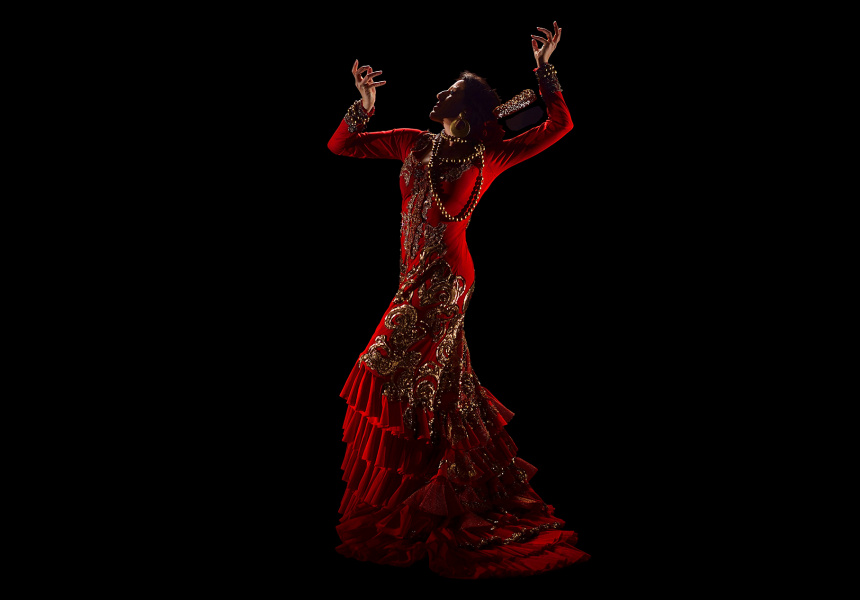 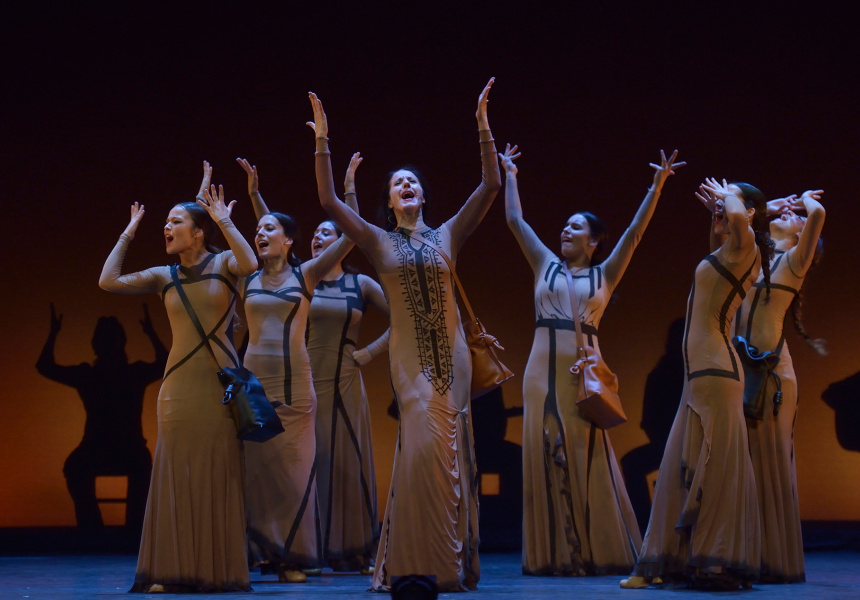 For more than two millennia, men have been telling women’s stories. From Antigone to Madame Bovary to The Virgin Suicides, we are accustomed to seeing tragic female characters from the perspective of the men who observed them.

But what happens if we flip the script and let women control their narratives?

Yo, Carmen – a radical reimagining of the titular heroine in the opera Carmen – is a production by the acclaimed modern flamenco dancer and choreographer María Pagés that seeks to do just that.

“Carmen has always been part of my life,” says Pagés. “My grandmother was a huge fan of opera, and we used to have Carmen playing all day long. At four or five, I used to love the music of the play – its rhythm felt soothing to me and seduced me.”

The original Carmen was created by French writer Prosper Mérimée, who in 1845 published a novella telling the story of a Romani woman and her tragic love affair with Don José, a murderous soldier-turned-bandit. Decades later, French composer Georges Bizet seized on the racy tale and transformed it into an opera that was first performed in 1875. The lawless behaviour of the bewitching Carmen and her bloody death on stage at the hands of Don José scandalised French audiences at the time. The opera went on to become a global hit. The refrain of The Toreador, a song from the opera’s second act, remains one of the most instantly recognisable pieces of orchestral music today.

Since then, Carmen has been reimagined as a ballet, a musical and adapted for film several times by luminaries such as Cecil B. DeMille and Charlie Chaplin. The latest incarnation, Yo, Carmen, is Pagés’s unique vision of the classic tale using flamenco – a musical tradition that originated hundreds of years ago in Carmen’s native southern Spain – as well as music, poetry and theatre. This performance uses Bizet’s original score as a jumping off point, weaving in dramatic and emotionally-charged adaptations of classical flamenco music and original compositions by Rubén Levaniegos, Sergio Menem and David Moñiz.

Like Carmen herself, Pagés hails from Seville in Andalusia. She choreographed the 1983 film version of Carmen directed by Carlos Saura before establishing her own dance company in 1990. In 2014, she was awarded Spain’s prestigious Gold Medal of Merit in the Fine Arts, joining an exclusive club of past recipients including Salvador Dalí, Joan Miró, Plácido Domingo, Pedro Almodovar and Oscar de la Renta.

Yo, Carmen, she says, was born from conversations with her husband and creative partner, the dramaturg El Arbi El Harti. She decided that it was necessary “to tell the story of Carmen from a woman’s perspective – a Spanish woman, Flamenca and modern – to qualify the romantic and masculine vision of Merimée and Bizet.”

Older retellings robbed Carmen of her agency, argues Pagés. In the works of Merimée and Bizet, she is “not the mistress of her own destiny because she is the creation of a paradigm of male domination,” she says. “Merimée creates her, then Bizet gives her a poetic touch, and finally Don José is her master. That is why her free acts and her resistance eventually kill her. She dies because the society that created her, a deeply male society, cannot stand independent people.”

In the end, Pagés says, Carmen follows in the footsteps of Antigone, Sophocles’s prototypical heroine who wrote the rulebook on tragic, untimely ends. Instead, Pagés wanted to create a Carmen who was grounded firmly in the real world, a “flesh and bone” creation who speaks for all women and seeks to free herself from myth. “Our Carmen is a housewife who works, has kids and is the own architect of the survival,” she says.

At its heart, Yo, Carmen is a story of female emancipation. “Let women be free,” says Pagés. “Let us be who we are and who we want to be. We are great human beings full of light, even though we all have dark sides.”

Yo, Carmen is on at Arts Centre Melbourne on March 11 and March 12. More information and tickets here.