Women of Letters Gets a New Host

Angie Hart joins the monthly event where women write and perform letters in front of a live audience. 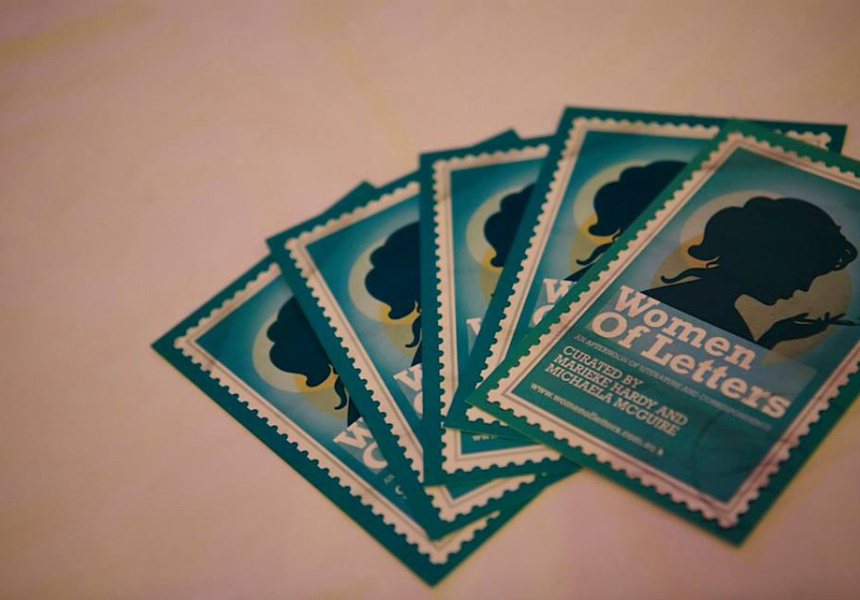 Since 2010 Women of Letters has honoured the lost art of letter writing with a monthly literary salon. For each instalment, five women write a letter about a set theme, then read the piece in front of an audience. Since the meetings are not recorded, it leads to intense and raw moments; letter-writers can feel free and safe to talk about anything.

The salon, founded by Marieke Hardy and Michaela McGuire, has travelled around the world and hosted the likes of Edie Falco and Tavi Gevinson reading their letters live. It has also published seven collections.

McGuire was recently named as artistic director of Sydney Writers’ Festival, so writer and musician Angie Hart has been tapped as the group’s new host and co-curator.

Hart is the former lead singer of Australian indie band Frente!, and she performed at the very first Women of Letters event at Bella Union seven years ago.

“I was so nervous,” she says, of her first Women of Letters reading. “That was my first … I wouldn’t say successful, public speaking moment,” she laughs. “It took off from there. I’ve done at least four and they’ve all been incredibly personal.”

Planning has begun for Hart’s first event as host in January. Performances at different festivals around the country are in the pipeline, but she is looking forward to taking things slowly. The strength of the event, she explains, is in its openness. She doesn’t have plans to make any immediate or major changes. “It’s such an inspiring event as it is.”

For Hart it’s also the intimacy and the in-the-moment nature of the readings that have made it so successful.

“It’s not recorded – people can come and speak their mind and know that it just happens in that room. It’s really as much disclosure as you want. And for the audience, it’s the same thing – there’s nothing that’s expected of them, and they most often go and write a letter to someone they’ve been meaning to [contact] for a very long time.”