Wiggin’ Out With Stephen Malkmus

Indie idol Stephen Malkmus and his band The Jicks hit Melbourne this week, whether he knows it or not. 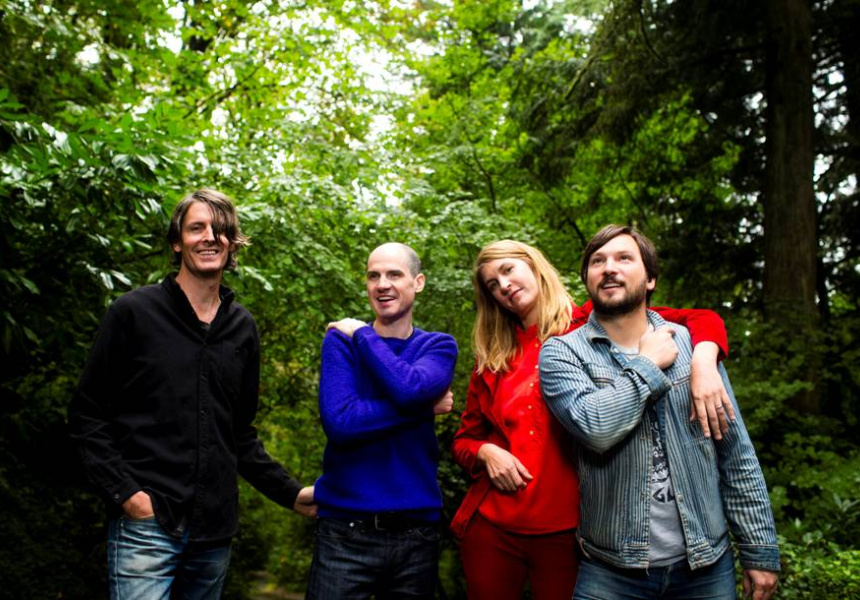 In certain circles, Stephen Malkmus is a god. Albeit a self-effacing, unassuming god who only really wants to play guitar and hang out with the kids. As the frontman of Pavement, his loose, disorderly sound reverberated throughout the ’90s. The latest album with current band Stephen Malkmus & The Jicks, Wig Out at Jagbags, is vintage Malkmus – scattered, enigmatic, hair-in-the-eyes slacker rock, this time with added horns and vocal harmonies. This Friday, the band is playing at Melbourne Zoo along with Melbourne’s own Twerps. For some reason, it’s left to Broadsheet to inform him that he’s playing at the actual zoo. He’s “cool with that.”

Stephen Malkmus: Well, I’ve got a lot of toys downstairs. I fixed an old Moog I have. I’ve been writing on piano and playing drums. I’ve been recording at home, but my engineering chops aren’t great, so it’s a little shambolic down there.

BS: How does touring and stuff fit with having kids?

SM: They’re okay with it. They’re old enough now. I think if you make a commitment like having kids, it’s going to take away from your ability to dominate the music world. That’s a full-time job. Not that I would be doing that, but you’ve got to pick what’s important to you at some point. It’s part of growing up and growing out. I spent a lot of my life just touring around. I still play music all the time and think about that all the time, but it’s not the whole pie, I guess.

BS: What are your kids into, musically?

SM: They like the mainstream pop. Iggy Azaelea, Nicki Minaj, Taylor Swift a little bit. Some heritage-pop like Michael Jackson.

BS: So is that just on constantly in your house?

SM: You can keep it out of the house. It’s more in the car that it’s unavoidable. You know, they don’t like the stuff we like to listen to. There’s already a generational divide. Some of it’s all right, but not all of it.

BS: From [the first Pavement album] Slanted and Enchanted onwards, your work seems to carry the same voice, the same sound – it all feels like it’s part of a cohesive body of work.

SM: Well, everyone’s voice carries through. Look at Björk – with The Sugarcubes the production was different, but it’s all her. Bjork and I are a lot alike in that way [laughs]. I try to put myself into different recording scenarios with different equipment and different engineers. But at the end of the day it’s me. I can’t hide from that.

BS: Was the Pavement reunion a few years ago a line in the sand? Would you go back to it?

SM: Yeah, I could go back to it. It was really fun to revisit those songs and connect with those people – reminding people that it’s still cool. It’s not too old-fashioned. But it’s definitely not what I’m looking towards now.

BS: I read that the difference between touring with Pavement and touring with The Jicks is that Pavement was getting out of the band’s control. But with the Jicks you can still do whatever you want. Is that right?

SM: Yeah. Well, we play smaller venues. You can make a giant place a very intimate place if you have the right kind of personality, but I don’t. I need a small room for the way I perform to work, otherwise it doesn’t reach the back of the room. I like where we are now – it’s not as stressful and I don’t have to be shining like a bright diamond every night. The scrutiny is still there, but it’s a little more conversational. Our connection with people is a little more real than just a light show. Sometimes it can feel like you’re a rag doll up there, doing your thing. I don’t have to feel that way [with The Jicks].

BS: You’re playing at a zoo, is that weird?

SM: We have zoo gigs here in Portland. They’re kind of dad rock-y. I guess that’s what I am now … I’m up for it. I’ll play anywhere. Especially with the odd wildlife you have there.

Stephen Malkmus & The Jicks is playing at Melbourne Zoo on February 27 and at Golden Plains Festival on Saturday March 7.

Two new Melbourne shows have just been announced: Thursday March 5 with Dan Kelly at The Gasometer and Friday March 6 with The Ocean Party at The Toff in Town.