We talk to Australian director Charles Williams about his win at the famous French film festival, one of the world's most prestigious. “You get your tux on and head over. They give you a photo call with a scrum of photographers. You stand there with your fellow filmmakers and try to look natural in front of all the flashbulbs.”

This is the beginning of filmmaker Charles Williams’s experience at the 71st Cannes Film Festival, where last weekend he took home the festival’s most prestigious short-form prize, the Short Film Palme d‘Or. Williams’s film All These Creatures, set in Dandenong in Melbourne’s south-east, follows a boy grappling with his father’s history in the midst of a cicada infestation.

Standing in front of a wall of camera flashes at what is widely considered the most prestigious festival for independent cinema is an overwhelming experience for any young filmmaker, especially when your film is in the running for a major prize.

“I look at the photos and I look pretty comfortable … I didn’t feel that way at the time,” Williams tells Broadsheet.

But Williams says the mind games go into overdrive once you enter the Palais des Festivals et des Congrès, where the awards ceremony is held. A host guides the attendees through the protocol of the evening: what to do when you win, what to do if you come second, how long your speech should be.

When he was given an aisle seat along with two of his fellow nominees, Williams began to think a win was possible.

“Just as someone’s about to start reading the category, a camera pulls up and starts shooting the filmmaker right behind me and I think, ‘Oh my God, he’s ‘gonna win’. And he does, he stands up and wins the honourable mention. Then the same cameraman goes an aisle down and starts filming me. As [jury president] Bertrand Bonello starts reading it out I think, ‘I better start thinking of a speech’,” says Williams.

“You can’t really process it. I’m pretty sure I felt the same way just about being selected for Cannes, the dial had already hit 11 by that stage. I feel like I didn’t have the full bandwidth to appreciate how great this is, at least, intellectually I do, but it’ll hit me slowly over the coming years,” says Williams of the feelings following his win.

When speaking to Broadsheet about the win Williams acknowledges the work of his composer, co-editor, production designer, cinematographer, co-producer and cast.

Williams already has a feature film in development and with it he plans to take the work the All These Creatures team has done together even further.

“I think [the feature film] is very similar in terms of the tone and themes. It’s a slightly different world but I think All These Creatures is a miniature version of where I’d like to take the feature.”

It was also a special evening for the film’s 13-year-old star Yared Scott, who flew to France with his family to watch the film for the first time. Scott’s performance was singled out by celebrated French filmmaker and jury president Bertrand Bonello at a gala dinner following the awards ceremony.

“You have to make a feature with this boy. His face alone is so powerful,” Williams recounts Bonello saying.

Speaking to the filmmakers on the jury who awarded him the Palme d’Or was a powerful and validating moment for Williams.

“It means so much when they really think about your film. They were talking about all these things that I’d spent a year of my life trying to articulate and put into a film, and worked really hard on. You don’t know if those things will be picked up by someone else … it’s pretty incredible.” 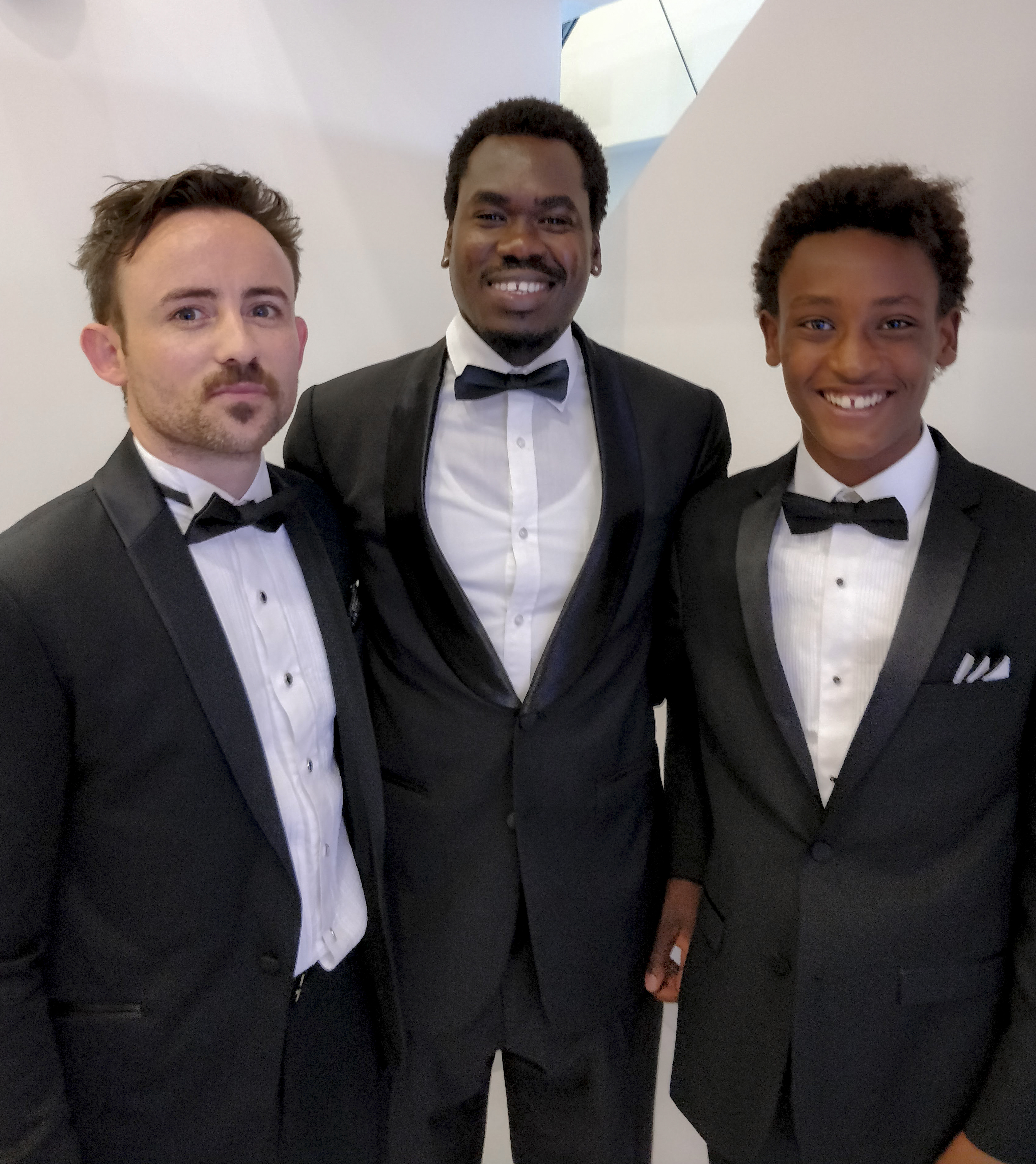