Produced by Broadsheet in partnership
with Bank of Melbourne.

What Herbs, Fruits and Veggies to Grow in Autumn

It’s time for beetroot, coriander, broad beans and more. In partnership with Bank of Melbourne, we speak to an expert about the best plants to grow as the season shifts. The seasons “dictate everything” when it comes to plants. So says Mat Pember, founder of Little Veggie Patch Co. “We help people understand the nuts and bolts of getting their gardens set up,” says Pember. Weather determines the soil temperature, and in turn influences what will successfully bear fruit.

“Spring and summer’s warm soil temperatures are conducive to plants like tomatoes, cucumbers and capsicums,” says Pember. “But when it cools down in autumn, we can grow things like broccoli, broad beans and peas too.”

Since 2008 the Little Veggie Patch Co. has been helping people establish their own patch. It now runs its own edible-only nursery in St Kilda East, and showcased this skill at this year’s Melbourne Food and Wine Festival, with a pop-up edible garden in partnership with Bank of Melbourne.

With the changing of the seasons, it’s a good time to review what’s growing in your garden. Autumn is a low-maintenance time of year and offers mild conditions to assist seedlings.

“It’s much easier than spring or summer when things grow so wild if you don’t contain and maintain, they get out of control quickly,” says Pember. To help you plan ahead, we asked Pember to tell us what to plant now. 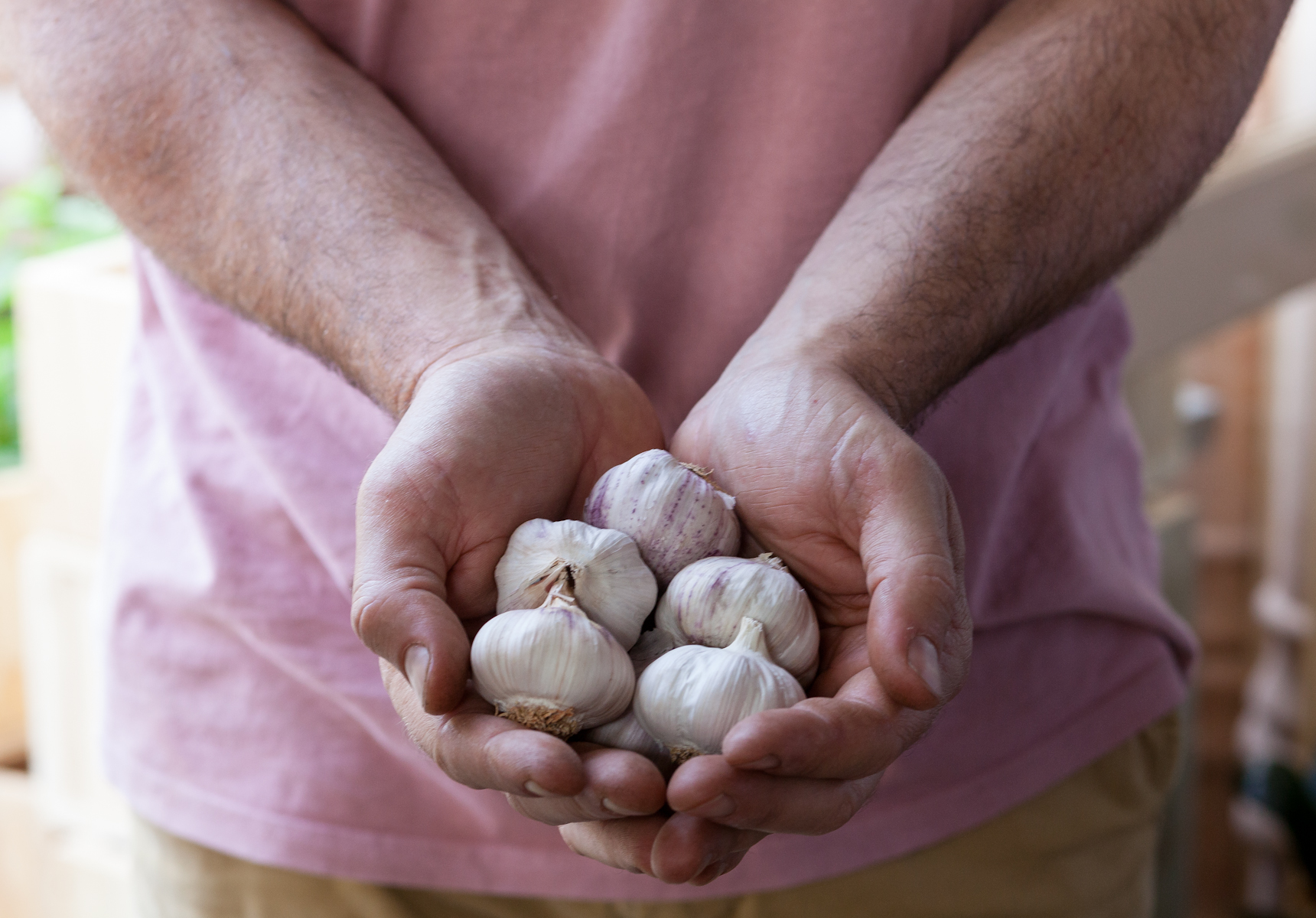 Garlic
“I get really excited about growing garlic because there’s probably no better thing to pull out of the ground,” says Pember. “When you dig your fingernail into the edge of the garlic and get that really pungent, sweet, strong garlic smell, it’s pretty incredible.”

Garlic grows slowly but once planted needs no intervention until spring. “As long as you mulch the soil, which incubates it and holds in moisture, you don’t need to worry about watering when you get into late autumn or through winter,” says Pember. Keep it in the ground for six to nine months, and harvest between October and Christmas when it’s time to make space in your plot.

Broad Beans
“Typically my grandparents would always grow broad beans in the autumn because it fixes the soil with nitrogen, which helps tomatoes grow in the spring,” says Pember. The flowers and immature pods of broad beans have a use in your kitchen, too: “Just like you can have pea shoots and eat pea foliage, all the foliage of the broad bean can be used.”

Make sure to stake your beans to stop them falling over and splitting. “Rather than staking individual plants, grow a block of them and then stake around the outside,” says Pember. “As they grow they can lean on each other.” Also make sure they have good sun exposure.

Silver Beet
“Silver beet is the ultimate confidence booster,” he says of the technically bi-annual plant. “You’ll start picking leaves after a month and then it will be productive for as long as you want it to be. As you pick, it frees up the younger, inner leaves to flourish. You get this perpetual harvest.”

What’s more, it’s hardy. “You might get snails if you plant it closer to the end of Autumn when there’s a bit more rainfall,” says Pember. “But once silver beet is set up it’s pretty much exempt from pests.” 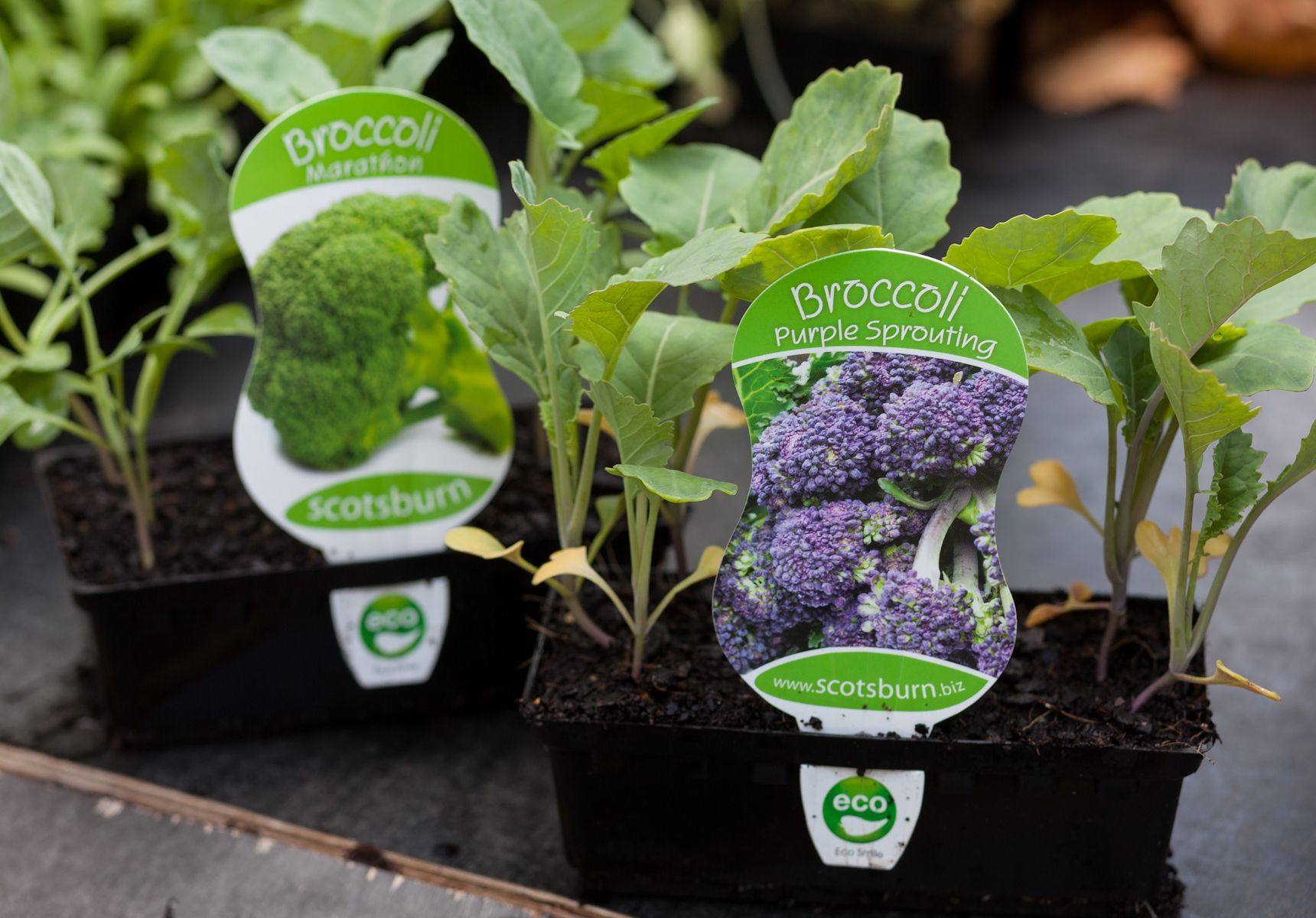 Broccoli
There’s a reason Pember believes this staple from the cabbage family deserves a place in any veggie garden: yield. “Once you harvest the main head secondary stems shoot off,” he says. They do require some specific food though. “They’re pretty hungry for nutrition so you’ve got to feed them nitrogen [liquid seaweed fertiliser or fish fertiliser] fortnightly or monthly. Then at the end of the season when the broccoli starts to go to flower, the leaves, stems and flowers can be used.”

Netting your broccoli is a must to avoid the white cabbage moth. “If you’re going to be a lazy gardener I definitely would not be planting any Brassicas, so that includes broccoli, kale and cabbage,” Pember says. “It can be quite demoralising when literally your whole garden gets overrun by these caterpillars. After a few weeks of an outbreak, you can be left with nothing.”

Red Mizuna
“Red Mizuna loves the winter condition in Melbourne,” says Pember of the mustard-tasting lettuce. “Plant late in autumn as it gets heat stress if planted too early. Much like silver beet, start harvesting after a month. That will be productive for three or four months. It will just keep on producing until spring gets quite warm.”

Beetroot
Beetroots have a three-month cycle and can be grown year ‘round but Pember attests to the taste when planted in autumn: “If left to mature while the soil’s cold it can develop more flavour. Because the colder soil temperatures help convert the starches into sugars, you can get these real sweet-tasting beetroots.”

He warns of the affection for harvesting the foliage as salad greens. “Don’t over do it if you’re looking to work on the roots as well,” Pember says. “Some people feed them lots of nitrogen, but it focuses its growth on foliage rather than the root underground.” Instead, opt for a blood-and-bone fertiliser with potassium. 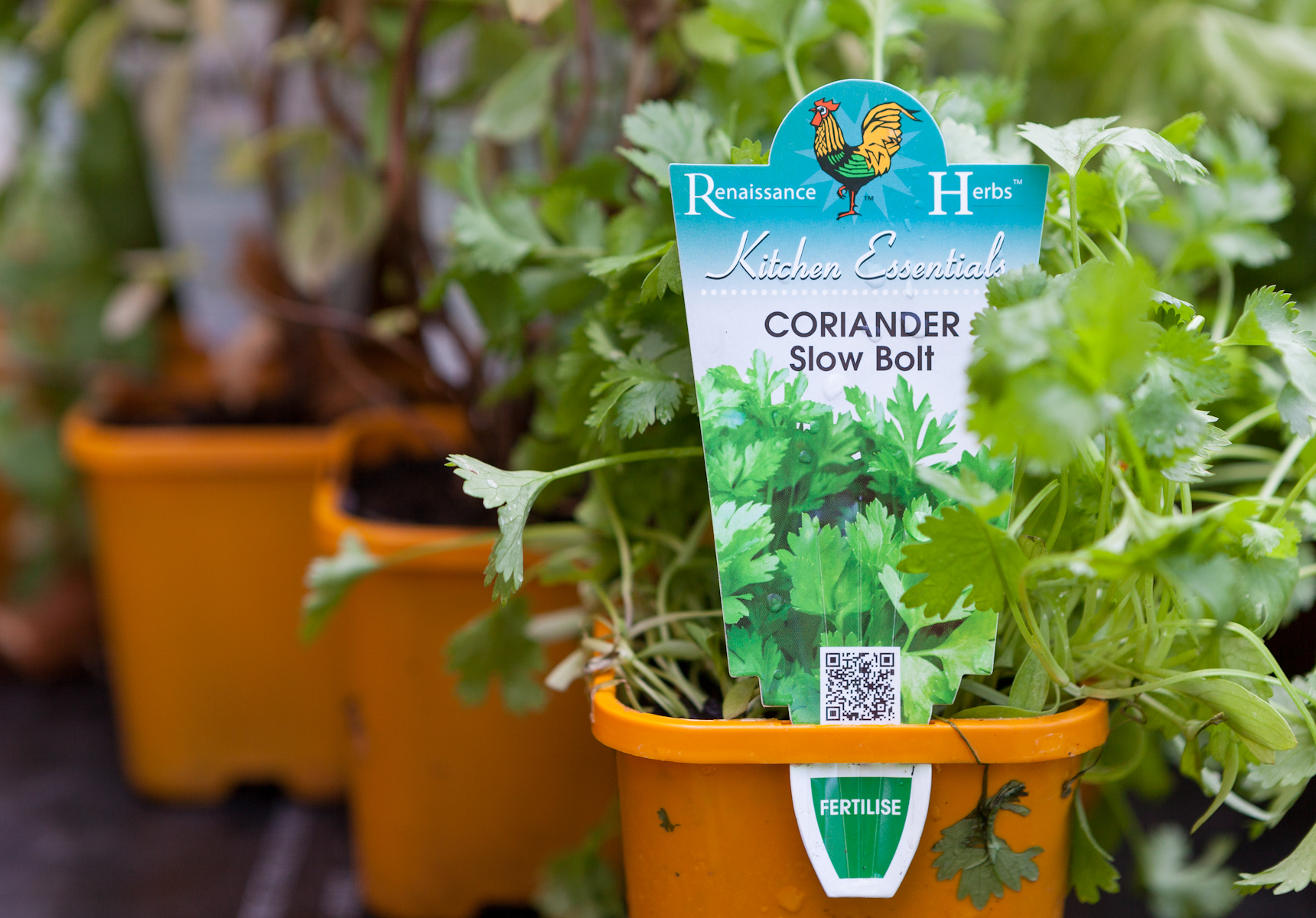 Coriander
Coriander is ideal for when conditions cool down, similarly to herbs like chervil and dill. “We find that when it’s warm it goes to seed really quickly, but when it’s cool it does a lot better with it’s leaf foliage,” says Pember.

Just be sure to use it. “Picking the herb is essential to keep production rolling and free up space,” he says. “Particularly more annual herbs,” which naturally only last a season, as opposed to perennials like rosemary and oregano. If you don’t pick them and they bunch up, they get stressed and start to shoot seeds.”

This article is produced by Broadsheet in partnership with Bank of Melbourne, helping Melburnians grow.

Produced by Broadsheet in partnership
with Bank of Melbourne.
Learn more about partner content on Broadsheet.