What Comes First in Choreography: Music or Dance?

Dance performances don’t soar without many moving parts working in harmony. In partnership with The Australian Ballet, we speak with two of the choreographers behind the upcoming performance, Verve, about how they piece it together. 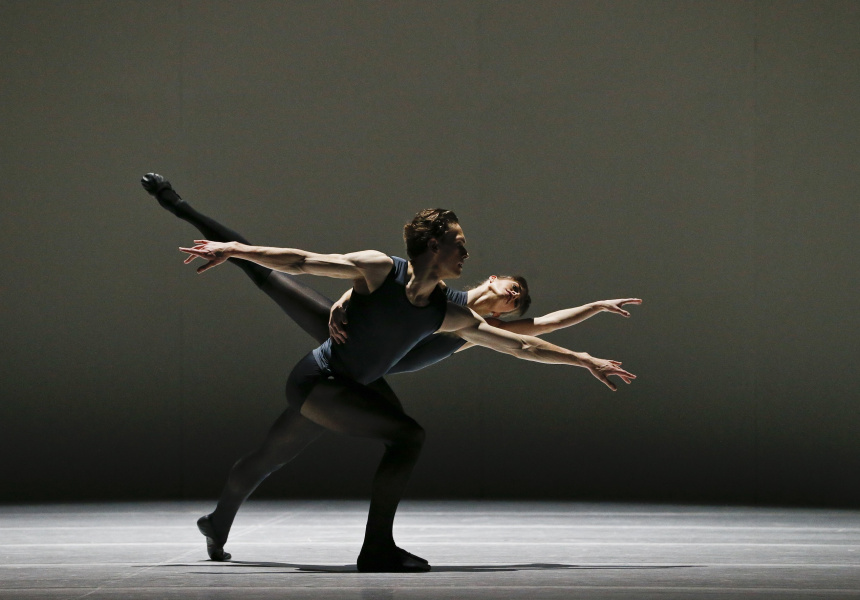 A choreographer isn’t just responsible for composing the steps that make up a dance. It’s their vision that instructs the production, from curating the concept, to costumes, stage and music. Their role is crucial to the finished product.

Alice Topp is a Melbourne-based Coryphée dancer with The Australian Ballet, whose debut choreography piece Aurum appears in Verve, a new production by the Australian Ballet. It will feature alongside Constant Variants by Stephen Baynes and Filigree and Shadow by Tim Harbour – both resident choreographers with the company. A contemporary triple bill, Verve runs from June 21 to 30 at Arts Centre Melbourne.

Ahead of Verve we spoke with Topp and Harbour about their artistic processes and how they approached choreographing their respective pieces.

Aurum
“When I’m first developing a work I mull over concept ideas until something resonates,” says Topp. “Choreography is the way I share ideas and stories.”

This can take on many forms. Topp’s piece Aurum (Latin for “gold”) is inspired by the Japanese art of Kintsugi, the repairing of broken ceramics with metallic lacquer. “[The process] illuminates their fractures rather than disguises them,” she says. “It honours the history of the object. This philosophy inspired me to create a piece that relates it back to the human form. We’re so often airbrushing and hiding things because we have a sense of what perfection looks like. But like ceramics, we’re vulnerable and as susceptible to knocks and cracks over time.”

Topp says music follows the conceptual stage. “Once I settle on a concept, I tend to source music that reflects that,” she says. “For me it’s all about having a unified, synchronised effect. The choreography, the dancers, the costumes, the lighting and the design all need to be coordinated to compliment each other.”

As a dancer, Topp intuitively understands the desired effect. “Being able to be on stage with an orchestra, with music flooding the auditorium, you’re dancing and your body’s singing with the music,” she says. “That’s an incredible feeling and something incredibly special to watch.”

In Aurum, Topp utilises four pieces from Italian composer Ludovico Einaudi, to align with the story from “ambition and drive, pushing relentlessness” to fracturing, rebuilding and finally a “sense of illumination and transformation.”

Only once Topp knew how her piece should feel and sound did she begin developing movement. “Choreographic movement doesn’t generally develop until I’m in the studio with the dancers,” she says. “I look at it as if I’m making bespoke choreography - it’s: ‘I have an idea, lets play with that.’”

Topp says this provides room for the dancers to help build the choreography, rather than having to conform to a predetermined routine. “[It helps me] see possibilities to explore, through doing that on bodies,” she says. “That exchange for me is so rewarding and invaluable.”

Filigree and Shadow
Like Aurum, Tim Harbour’s inspiration for his piece came from finding a positive outcome from destruction. “I had a lot of the usual feelings about aggression as a negative and destructive emotion,” says Harbour. “That berserk mentality of rushing into a battle, going headlong into something; I felt there was a positive aspect of that emotion I wanted to tap into and explore.”

Harbour came across a story about how some birds will fly into the heart of a hurricane as it approaches in order to survive it. “They get funnelled up through the middle of the hurricane to the relative calm air above,” he says. “They drift hundreds of miles off their course but they survive. I loved that.”

Harbour says when developing his concept he tried to approach music differently. “Most of the time music comes first and the dance reacts to it,” he says. “It gives you structure and can be a really satisfying way of creating for display. But I [sometimes] find music dominating and that’s what I was trying to break with.”

Harbour began scripting “whole sections to silence” and creating “a little puzzle that [just] worked physically.” He then commissioned German duo 48nord to make an electronic score that followed his creative direction. “It is a bit of risk [doing that] because you don’t know what you’re going to get [back].”

From there he asked his dancers to interpret his narrative. “The stage is a hurricane and the dancers are the birds,” he says of the end result. “It’s compartmentalised into different ideas, exploring conflict, emotion, courage and hopefully resolution. When I came to the dancers I said, ‘This has been my experience of making these sequences. My hope is you put all these emotions into it.’”

This article is produce by Broadsheet in partnership with The Australian Ballet.