Expect pink plumage, kitsch canapés, and more than a dash of cosmic disco at the Met Galah – with all proceeds supporting the education and training of future Aboriginal psychologists. 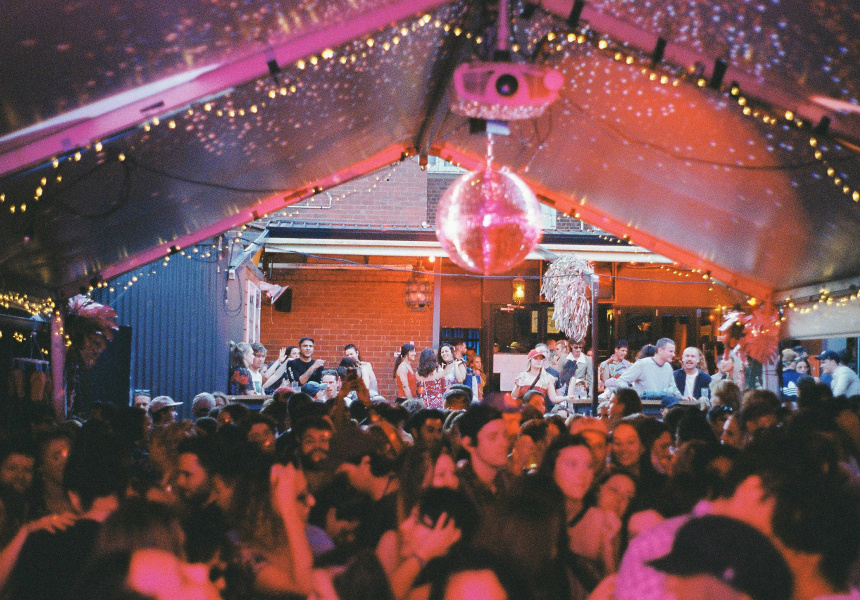 Imagine a musical embodiment of a colourful Ken Done painting and you’ll get close to Melbourne DJ collective Wax’o Paradiso, who for the past five years have been moving dance floors around the city with their unique brand of cosmic-disco and Australiana. To celebrate their fifth birthday, they’re throwing their first-ever charity ball and rolling out the sticky red carpet for a night of decadent discotheque debauchery at The Espy’s iconic – and freshly spruced up – Gershwin Room.

Dubbed the Met Galah, it promises to be a tongue-in-cheek twist on the Metropolitan Museum of Art’s exclusive annual Met Gala in New York, known for its larger-than-life outfits and A-list attendees.

The dress code might be black tie, but there won’t be any penguin suits here. The theme is “birds of paradise”, which means “giant bird cages, lots of pink and grey and green florals … and plumage,” says Wax’o member Simon Tarrant Kuang (aka Simon TK).

He and fellow Wax’o DJ Edd Fisher will be soundtracking the party with their signature cosmic grooves, and have enlisted a line-up of local DJ talent – including Danny Hotep (one half of disco-loving duo Misty Nights) and Colette – to help.

The Espy’s restaurant is currently concocting a menu of Australiana-style canapés for the evening. “It’s takes on a lamington, or a meat pie, or fish’n’chips, but done a bit more posh,” Tarrant Kuang says. And there’ll be champagne and pink-themed cocktails on arrival.

Much like its glamorous American inspiration, the event is a fundraiser, but its mission is aimed squarely at addressing one of Australia’s most pressing social issues.

All proceeds from the evening will be donated to the Dr Tracy Westerman Aboriginal Psychology Scholarship Program, which aims to equip the next generation of Aboriginal psychologists with training in Indigenous-specific mental-health treatments and suicide prevention.

“We’ve had a lot of amazing support over the years and we’d really love to give something back to our community,” says Tarrant Kuang. “This is a really, really amazing program … it’s a no-brainer, really.”

So dust off your tuxedo, fluff your plumage and polish your beaks. This is going to be one hell of a party.

The Met Galah will take over the Gershwin Room at The Espy on May 4 from 7pm until late. Tickets are $38 and on sale now. Dr Westerman is a proud Njamal woman from the Pilbara region of Western Australia. Learn more about her two decades of work here.