The Melbourne music-makers have curated a special birthday party to celebrate three years in action. 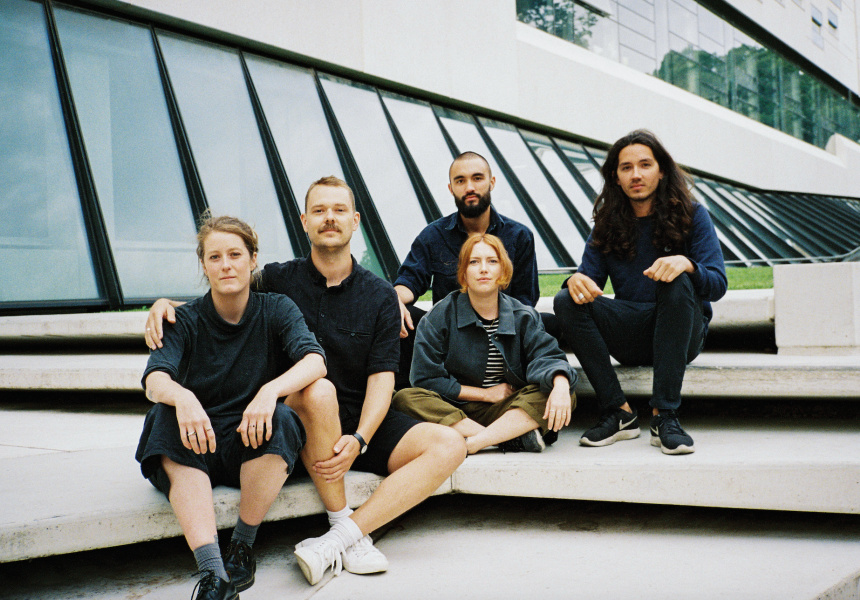 Andy Hart, Simon TK and Edd Fisher are Wax’o Paradiso – the party curators and music makers who have kept Melbourne dancing for three years. On February 19, they’re celebrating that anniversary at Shimmerlands.

“This is the first time all three residents of Wax’o Paradiso are playing together since last summer,” says Fisher. “When we all play together there are no set times, just extended sets with the three residents taking turns playing two records in a rotation. Then, when the energy builds, we will go to one track each, which keeps us on our toes and makes it more exciting for everyone else.”

Apart from its penchant for disco, jazz, funk and soul, the Paradiso crew has a thing for kitsch Australiana. Over the last three years the group has drawn influence from the suburban imagery of Australian artists such as Howard Arkley and Ken Done in their poster art and party concepts. Past Wax’o parties have included Pavlova Queen of the Dessert and Rainbow Fish. For its third birthday, the theme is The Rather Peckish Caterpillar. The dress code is “metamorphosis”.

"The dance floor is under a canopy of trees and there'll be a few surprises with decor and costumes," says Fisher. "It's also be the last party we're throwing in Melbourne before we do Golden Plains.”

After The Rather Peckish Caterpillar, Wax’o is moving away from those retro Australiana ideas and materials “to come up with our own, more unique themes”, Fisher says. The birthday fun will be happening outdoors on the Shimmerlands lawn at Melbourne University and they'll be supported by good friends Pjenné and Millú.

“We’ve had a longstanding relationship with the people behind Shimmerlands, all our biggest parties to date have been with the Shadow Electric, and this one’s going to be our biggest party yet,” Fisher says.

As we’ve come to expect from Wax’o parties, this will be one weird and wonderful birthday celebration. If you want to dive down the caterpillar hole, we recommend you buy a ticket now – you don’t want to miss this one.

Wax’o Paradiso: Rather Peckish Caterpillar is on Sunday February 19 at Shimmerlands at University of Melbourne’s Parkville Campus from 3pm to 10pm. Tickets are $30.

Broadsheet is a proud media partner of Shimmerlands.