Tasty treat or symbol of a successful immigrant community? We look at a new documentary that claims the humble doughnut can be both. 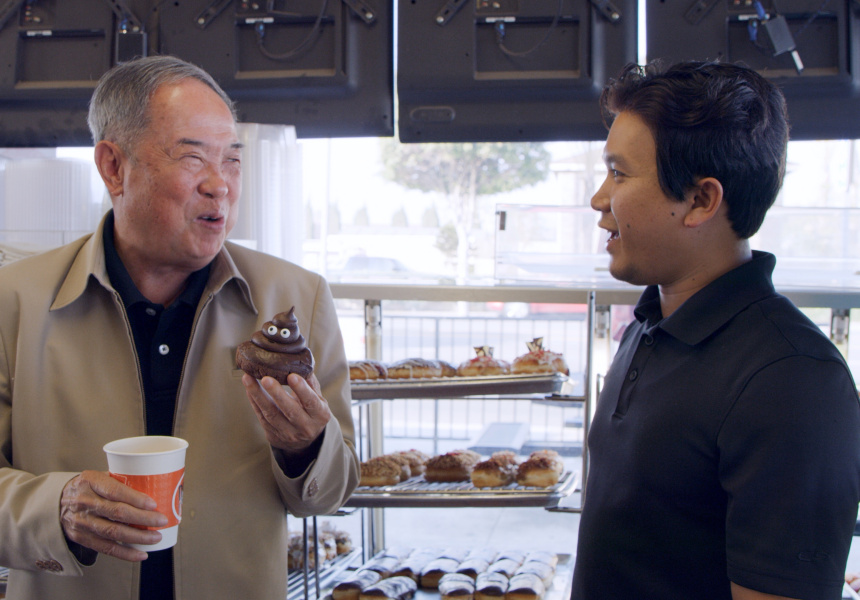 Homer Simpson famously said, “Doughnuts… is there anything they can’t do?” After watching The Donut King you might be inclined to agree.

Making its Australian premiere at ACMI’s Cinema 3 on-demand streaming service, this award-winning documentary is a funny, absorbing, and at times heartbreaking look at the surprisingly wide-ranging world of Californian doughnut culture and the man who shaped it: Cambodian refugee turned small business success story Ted Ngoy.

“The Donut King is so many different things in one film,” says ACMI TV and special events curator Reece Goodwin. “It's obviously a film about doughnuts, but that’s a bit of a lure to attract people to this film. There’s so much going on under the surface.”

Doughnuts might be the heart of this film, but as director Alice Gu reveals, doughnuts are also the heart of America. And even for a country as immersed in US pop culture as Australia, there’s still plenty to learn when it comes to this tasty treat.

“The whole culture of doughnuts in America is really different to Australia,” says Goodwin. “The idea of getting doughnuts in a pink box, and the ritual of opening the pink box and sharing the doughnuts with everyone is a big part of American culture in a way we just don’t have here.”

Surprisingly, The Donut King doesn’t begin with Ngoy. Rather, we’re introduced to the world he built through the struggles of working for a modern family-run business. Early starts, helping out your parents, growing up working behind a counter – doughnuts might be delicious, but they’re also a hard master.

They’re also everywhere in California. One estimate in the film is that, on average, every single American eats 31 doughnuts a year. It’s hardly a shock considering the steady stream of delicious-looking doughnuts on display throughout this film; if you’re cutting down on sweets, you may want to watch this one through your fingers.

“Doughnuts represent something about America,” says Goodwin. “It’s this huge indulgence. People in America want the biggest doughnut, the craziest doughnut they can find. I think there’s a real joy in that, and this film really delivers on that indulgence.”

The flip side of that comes through in Ted Ngoy’s story, and the story of his community in America. A major in the Cambodian Army, Ngoy fled the country with his family just ahead of the Khmer Rouge, eventually relocating to California. He worked multiple jobs, including as a trainee at doughnut chain Winchell’s. There he learnt the trade, then went out on his own; by 1979 he had two dozen stores across California.

As the Khmer Rouge continued to drive people from Cambodia, America welcomed a flood of refugees. They required sponsorship from a local family to leave the refugee camps, and “Uncle” Ted was happy to oblige, establishing a leasing program that allowed other Cambodians to set themselves up in doughnut stores.

“There are so many subjects in this film that are carrying so much trauma from what they’ve fled,” says Goodwin. “It's a really interesting juxtaposition between the trauma that people are carrying and the light and fluffy surface of the doughnuts they’re making.”

Ngoy’s story alone would be enough for one documentary, but The Donut King has even more in store. Californian car culture, the rise and fall of an empire, how community members banded together to defend their livelihoods against huge corporations; this is a doughnut with many layers.

“I learned a lot about American culture in this film, and I learnt a lot about doughnuts as well,” says Goodwin. “Once you open it up, there’s so many different stories in here and they’re really affecting stories as well.

“I think everyone will be really pleased with this film. It’s a surprise on so many levels.”

The Donut King is available to rent at ACMI’s Cinema 3 online portal until October 14. 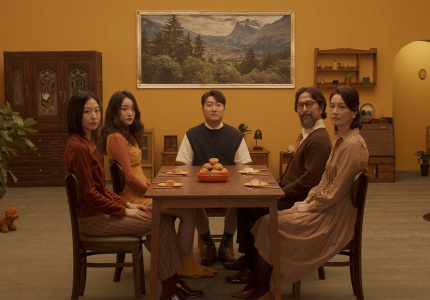