Noel Anderson’s sell-out theatre piece is returning to Melbourne to be performed in front of the artist’s work at the Jewish Museum of Australia. 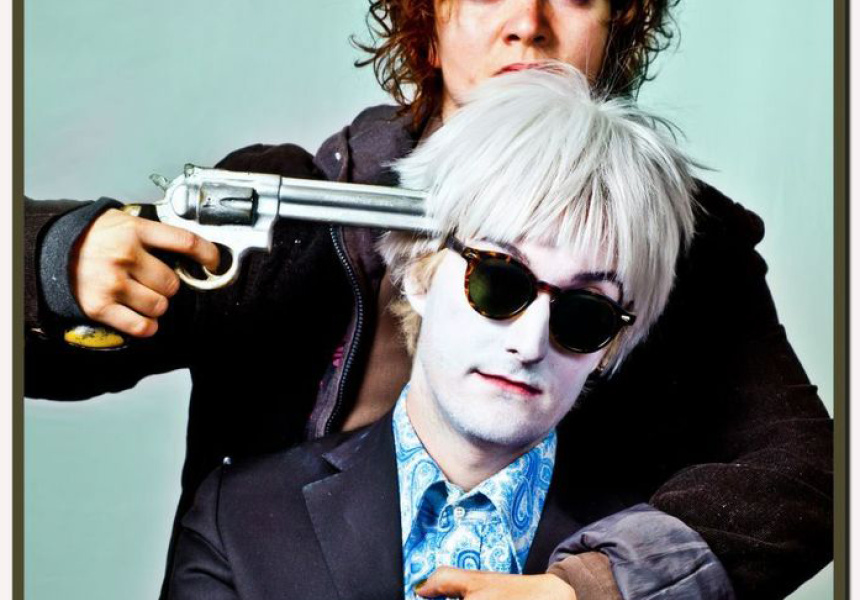 Andy Warhol predicted that in the future, everyone would have their 15 minutes of fame. Noel Anderson is about to get his second round. After a sell-out run at La Mama in 2013, the writer and director’s original play, Andy Warhol’s 15 Minutes of Fame is returning this weekend.

Showing as part of the Jewish Museum of Australia’s Warhol exhibition, Anderson significantly reworked the play, which will be performed before the artist’s 10 portraits of Jewish geniuses. “The idea originally was to take it back to La Mama, but I feel art always has to grow and be a different experience,” he says. “I thought it would be better if we did it with the artwork.”

Focusing on the American artist’s rise from Pittsburgh kid to celebrity artist (with an attempt on his life by a radical feminist in between), Anderson hopes to provide an insight into the private Warhol.

“Trying to get an understanding of where the artwork came from, that’s definitely the first thing. But to have some understanding of him as a man as well,” he says about his reasons for creating the play. “When you go to all the film clips of Warhol, it’s actually harder to find the man behind what he presented to the world.”

With the rise of instant celebrity in the age of social media, Anderson feels as though Warhol’s relevance has only increased in recent years. Although the artist’s story has been told many times before, he hopes the play is more visceral than any movie could ever be. “It does what theatre does best: it’s confronting, and it brings social issues to the foreground. You can’t do Andy Warhol without being confronting,” he says.

Andy Warhol’s 15 Minutes of Fame is showing on Saturday May 2, 9 and 16 at 8pm at the Jewish Museum of Australia, 26 Alma Road, St Kilda. Come between 7pm to 8pm for a complementary viewing of Andy Warhol’s Jewish Geniuses exhibition.