In support of stamping out domestic violence, a benefit production of award-winning Broadway play The Vagina Monologues is happening in Melbourne. 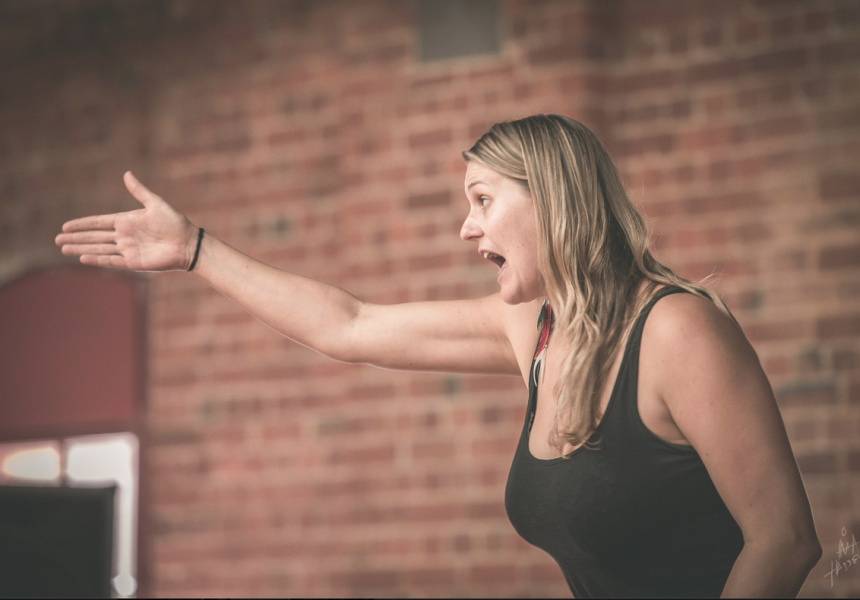 What is it about The Vagina Monologues, now in its 20th year, that is so enduring?

Despite the rich history of feminist theatre, few productions have been as powerful, widely discussed and controversial as The Vagina Monologues. Written by New York playwright Eve Ensler in 1996, it was first performed in a Greenwich Village basement, and has since been performed in more than 140 countries.

The episodic production is now on at the Malthouse Theatre this month. It is presented by V-Day, a global movement founded by Ensler aimed at ending violence against women through funding local organisations and increasing awareness.

V-Day is a global mission and in addition to the play being shown around the world, there are also local demonstrations, fundraisers and flash mobs.

Domestic violence is a major problem in Australia. In the past year alone half a million Australian women have been affected, and the country’s first royal commission into family violence began last month to look deeper into the issue.

Priscilla Carswell, producer and director of this Melbourne production of The Vagina Monologues, was compelled to get involved when she became aware of the volume of women who are victims of violence.

“There is a staggering United Nations statistic: one in three women will be beaten or raped in her lifetime,” Carswell said. “That’s one billion women who will experience violence in their lives. Personally, I could no longer sit back and ignore these numbers, or remain silent about these stories.”

With the show is in its 19th year, remaining relevant is key. “A recurring theme throughout the show is the vagina as a tool of female empowerment, and the ultimate embodiment of individuality. This is still very relevant to the conversations and challenges we face in society today,” says Carswell.

The monologues in this year’s production touch on sex, love, rape, orgasm and a new addition. “As part of Eve’s work to include the voices of all women who face violence, she interviewed a diverse group of transgender women in preparation for a new monologue,” Carswell says.

The Vagina Monologues is equal parts entertaining, informative and empowering – and above all, supports a good cause.

Proceeds from the play will go to local grassroots organisations The Nappy Collective, McAuley Community Services for Women and the Luke Batty Foundation.

The Vagina Monologues is playing at Coopers Malthouse Theatre from March 26 to 28. Tickets can be purchased here.