The 2019 Melbourne Fringe program is out, and it’s a huge, vibrant and inclusive trip through the outré and the fabulous. It also includes a show banned in Victoria until just a few months ago. 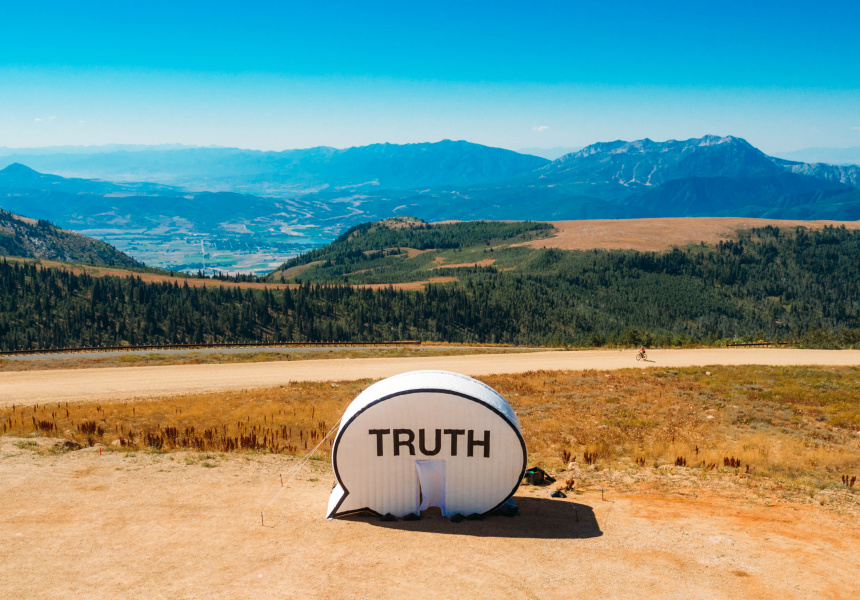 In Search of the Truth 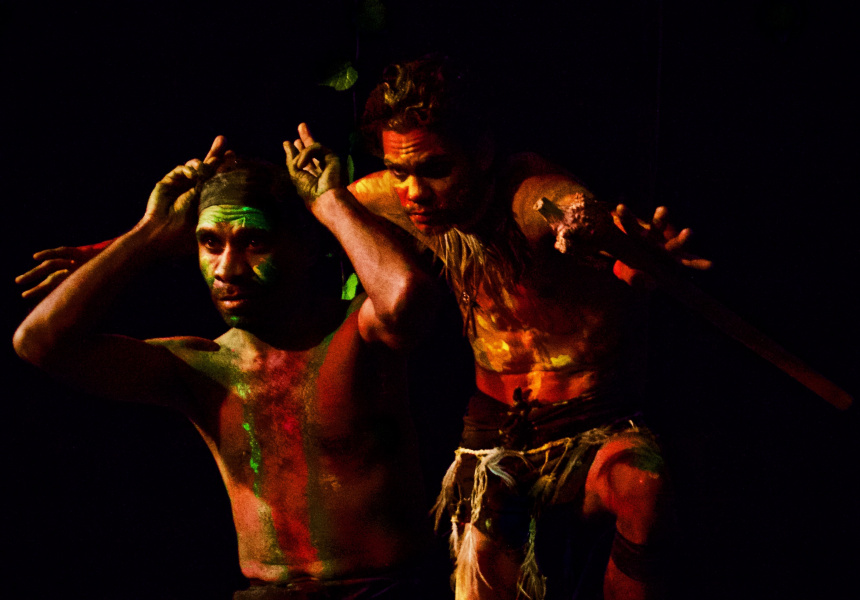 Photography: Courtesy of Melbourne Fringe Festival
1/9
by Will Cox
Share

This September, Melbourne Fringe takes over the city, with 455 events across 140 venues including an inflatable confession booth, a 21st-century corroboree by the Yarra, and a host of big ideas and experimental performances.

The theme this year is “unite”. As politics and the media drive us ever further apart, it’s an exploration of what brings us together – although a quick look at the program might have you thinking the theme is the impending apocalypse.

But at least we can dance as the world is burning. Burlesque goddess and environmental scientist Moira Finucane’s The Rapture Chapter II: Art vs Extinction is a theatrical, musical odyssey through the upcoming climate catastrophe, inspired by a recent trip to Antarctica. What Am I Supposed To Do?, from dance collective Deep Soulful Sweats, is a collaborative performance with the audience, engaging people in climate action. And in 3 Minutes To Save the World, artists devise three-minute acts based on the message they’d want to leave behind if we only had 180 seconds left on Earth – expect dance, music, burlesque and weirdness.

The idea of honesty is also explored. In Search of the Truth, from American artists Cause Collective, is a secular confession booth in the form of a giant inflatable speech bubble, which will be popping up in various locations in Prahran. Step inside, look at the camera and complete the sentence beginning “The truth is ... ” The results will be collated into an exhibition towards the end of the festival, and will live forever online. In TRUTHMACHINE, an audience member is hooked up to a polygraph and grilled by an interviewer.

Musical celebrations abound. The Neon Corroboree was written and directed by musician and dancer Amos Roach, the son of singer-songwriter Archie Roach, and brings together ancient ghost stories from the Kulin nation with contemporary dance, all held on the banks of the Yarra. And this year marks 30 years since Janet Jackson dropped her iconic Rhythm Nation record, so there’ll be an all-Janet party to celebrate, with dance, wardrobe malfunctions, a slew of hits and plenty more vaguely familiar but none-the-less great R’n’B hits. And Beautiful Dark is a band formed entirely around the musical legacy of David Lynch’s brooding 1990s TV series Twin Peaks. Their set will be augmented by projections, props and an abiding love for the show’s moody, mysterious sounds.

Aside from the big hitters, the real stars of the Fringe are the little oddities that wouldn’t work anywhere else, and frankly, may not work here. But it’s the danger that makes them fun. I Still Haven’t Found What I’m Cooking For is a cooking show like no other; it takes place in a suburban home where an artist is challenged to cook a Jamie Oliver meal in trying circumstances. And if you’re not done with audience participation, sign up for a bus tour of Batmania, a speculative parallel-world version of St Kilda with some eerie similarities to our own reality. You can become a citizen of Batmania simply by turning up to Expo ’19, and get gawked at by tourists on the bus tour.

On the comedy front, there are returns from one of the best acts of the Melbourne International Comedy Festival, Joshua Ladgrove, who used to perform under the stage name Neal Portenza. Ladgrove is at pains to point out his show is not comedy, but is, in fact, a bilge pump sales seminar (don’t listen to him – it is, in fact, a comedy show). And comedian Frank Hampster, who was a witness at the Royal Commission into Institutional Responses to Child Sexual Abuse, draws laughs from his own trauma in his show Pell in a Cell, a show banned in Victoria until Pell’s recent conviction.

For 2019, the Fringe is leaving behind its 20-year home at the North Melbourne Town Hall and moving to the Trades Hall. The Hub will host various themed nights: the purveyors of wild queer parties at Honcho Disko are taking control for a night of revelry; singer and comedian Geraldine Quinn is hosting a Friday the 13th party promising a “blood-curdling, spine-tingling, pants-shitting journey through Melbourne's most gruesome and grisly acts”; and cabaret queen Yana Alana’s Fuck Fabulous is a night in the club with a twist, where Alana eschews glitter and make-up and invites us to come along in our trackies. And on the night of the AFL Grand Final, Betty Grumble is hosting an unofficial Grand Final Kick-On at the Fringe Club, including a disco take on the macho club song tradition.

And when the festival ends, the Fringe will have a permanent, year-round venue at Trades Hall, so you won’t have to wait until next September for your weirdness dose.

This article was updated on August 16 to reflect a correction to I Still Haven’t Found What I’m Cooking For.