What to See at the Transitions Film Festival

The 27 films showing at the Transitions Festival want to make you change the world. The Future of Work and Death 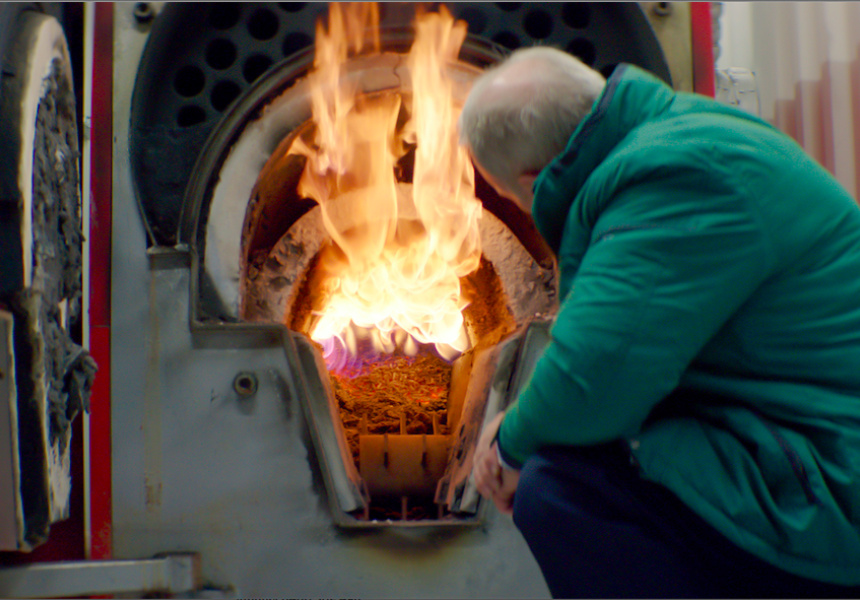 Here’s a film festival with a purpose beyond art for art’s sake. The 27 films in the Transitions Film Festival, all screening at Cinema Nova, have been picked with a view to galvanise change.

“Behavioural changes are good, but maybe we can inspire someone to change what they’re studying, or invent the next big thing,” says festival director and co-founder Daniel Simons. He’s looking to instigate something big.

When he’s not running this festival, Simons is a researcher at the University of Melbourne. He has a background in psychology and sustainable behavioural change and with Transitions, which he co-founded, he puts his theory into practice.

He has curated a program of less than 30 movies out of about 300 potential films and has chosen ones with a positive outlook and a focus on solutions. “We definitely try to avoid fear-mongering,” he says. “Some films are powerful and scary, but we always try to balance it out with a panel afterwards to help people act on what they’ve seen.”

With Simons’s help, we’ve picked a handful of highlights. It’s by no means a comprehensive list, so take a look at the full program when you get a chance.

There are five new Australian films in the festival program. This one is very close to home. It’s about the Latrobe Valley, which has been the centre of Victoria’s energy industry since the 1920s. Our Power doesn’t just tell the story of the region and the transition from coal to renewables, it focuses on how changes, closures, privatisation and the 45-day Hazelwood mine fire have affected the people who work in the industry by putting a human face on it. If you turn up to the screening there’s every chance you’ll run into some of the people in the film; workers from the valley will be in attendance.

“Our Power isn’t finished yet,” says Simons. “This is a work in progress, advanced preview, and the filmmakers are hoping that some feedback will make it an even more powerful film.”

The Age of Consequences

Simons bills this one as The Hurt Locker meets An Inconvenient Truth. The Age of Consequences looks at the impact of climate change on migration, food shortages and war through the lens of the US military. The rise of ISIS and the war in Syria might not seem to have an obvious connection to climate change, but this film shows that environmental tensions interact with political, social and economic issues to amplify conflict around the world.

The Age of Consequences screens on February 28.
Buy tickets

This is one of Simons’s favourites. “A lot of these films present problems,” he says, “but this one is empowering from start to finish.” At the Singularity University – a Silicon Valley-based think tank specialising in teaching young thinkers how to harness changing technologies – a cohort of students is trying to have an impact on the lives of more than a billion people. This documentary draws in everyone from Stephen Hawking to … well, Black Eyed Peas frontman Will.i.am. But the real stars of the film are the young people trying to change the world through business start-ups.

“If you’re going to start the festival with a film called How to Let Go of the World and Love All the Things Climate Can’t Change, you need to end with something more positive,” says Simons. Power to Change is a buoyant and accessible film about Germany’s energy revolution. The film proposes we move away from fossil fuels entirely, and cites Germany as a case study. It’s a dramatic and shiny experience, but it’s also loaded with research and facts. It’s as much about the people behind the everyday work as it is about the big political groups and grassroots campaigns.

The Transitions Film Festival runs until March 3 at Cinema Nova.