Live theatre is back. In partnership with Melbourne Theatre Company, we talk to a Touching the Void star about what the production means to a post-lockdown audience in the Victorian capital. 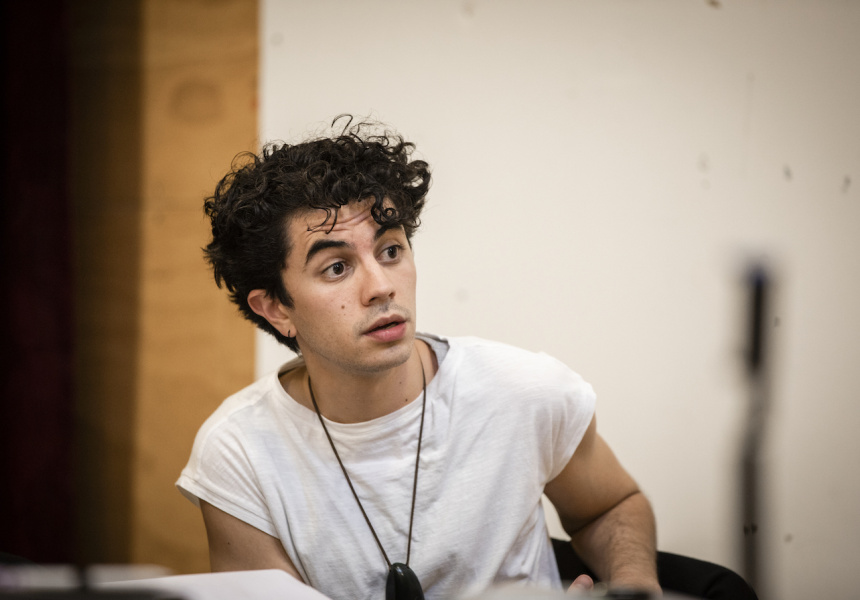 Touching the Void is a story about people pushing themselves beyond their barriers. Melbourne actor Karl Richmond feels like it’s a message Melbourne theatregoers can appreciate right now.

“I think during the shows after the first lockdowns, people were getting nervous,” Richmond says. “There was a lot of trepidation. It’s a different sort of vibe out there now. I feel like it’s what I’ve heard the 1920s were like – people are just going crazy.

“I was working on Moulin Rouge! in a kind of backstage department role a little bit. And people were going off in all of the performances, people were losing their shit. I saw As You Like It last night [also at MTC]. People there were doing the same.”

Richmond thinks there’s a definite post-lockdown energy out there that the theatre-going public have tapped into.

“People are really enjoying this moment,” he says. “I think people are just really keen to go out and express themselves and have a good time.”

Based on a real-life tale of survival that was turned into a best-selling book then an award-winning film, the stage adaptation of Touching the Void has been a smash around the world, drawing rave reviews overseas for its skilful adaptation of the story of two climbers who went up the Peruvian Andes, with only one coming back down.

The stage version is set during the wake for Joe (Joe Klocek), where his sister Sarah (Lucy Durack) angrily demands answers from both Joe’s climbing partner Simon (Kevin Hofbauer) and their base camp manager, Richard (Richmond), about what really happened on the mountain.

As most of the real-life story takes place on various cliff-faces and crevasses (the movie is a gruelling watch for anyone afraid of heights), the big question is, how do you turn a story like that into a play?

“One way would be to do a very interpretive version of it,” says Richmond. “And the other one would be to see how far you could push everybody on stage to make it look like we’re all about to die. We’ve gone for the second option.It’s the kind of play that requires everybody to be at their best, which is somewhat stressful. But all the dream shows are like that. It requires the set design to be bigger than life, as well as the lighting and sound, and whatever the actors are doing. We’re being asked to create a blockbuster on stage.”

Richard (who is a character created for the play) is somewhat separate from the main action. A backpacker who the climbers meet on the way and ask to tend to their base camp, it’s through Richard’s eyes that the audience sees much of the story. But while he’s not one of the main climbers, the play places a lot of physical demands on all the performers. There’s been a large amount of training involved above and beyond the typical rehearsal process.

“We’ve been given a whole fitness regime,” he says, “a whole kind of movement language to learn. The plan going in is that we push everybody physically as far as we can. And I think that’s only fair. That’s what happens in the work. I think that if we’re going to those places, it’s going to help the audience feel that as well.

“I think it’ll make for an amazing show. But we are really going for gold with this one – you should see the set, it’s really scary.”

Richmond is an avid hiker and has done a bit of climbing himself, but what Joe and Simon went through is far beyond anything he’s experienced – or ever wants to, off the stage.

“I’ve been in a few dangerous hiking situations, and I’ve liked them,” he says, “but reading their story has made me quite scared of climbing. I was cleaning some gutters on our roof recently and I was shitting myself doing it because I just finished reading the book.”

Beyond the sheer physical danger the characters face, it’s the psychological underpinnings of their actions – why they did it – that really drives the play.

“I really don’t understand why they did it,” Richmond says. “But I’m excited to learn. I feel like that’s one of the big pushing questions to the players. Why? Why would anybody push themselves to this level for a task that is seemingly purposeless? It’s fascinating.”

It’s a serious question, but for Richmond it’s important not to lose sight of the most important thing about heading out in 2021.

“The play is scary and very serious and should be taken seriously because that’s what the play demands,” Richmond says. “But at the same time, it’s still a play. Everyone is still on a night out.

“I feel like we’ve all had such a rough go of it. I just want us all to have a good time out there.”

Touching the Void will run January 17 to February 19, 2022 at Southbank Theatre, The Sumner, with tickets on sale December 2. For more information or to book, see here.

Also playing at MTC this coming summer and autumn are Shakespeare’s As You Like It, Joshua Harmon’s Admissions, Aidan Fennessy’s The Heartbreak Choir, and multi-Tony Award-winning musical Fun Home.

Subscriber and mini-subscriber packages are available here and include bar discounts and priority bookings. 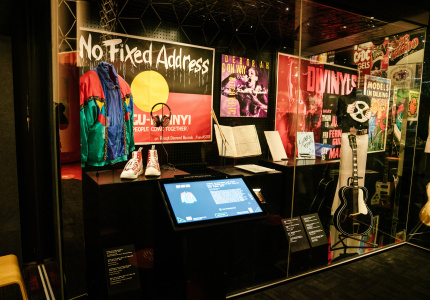 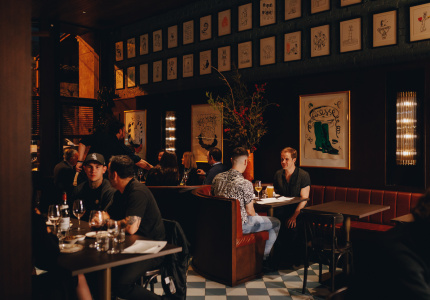