The Melbourne International Film Festival has moved online in the wake of covid this year, which means a cinematic bonanza at home. Lucky you. In partnership with MIFF, artistic director Al Cossar calls out some highlights, featuring everything from ghosts, to cows, to dance. 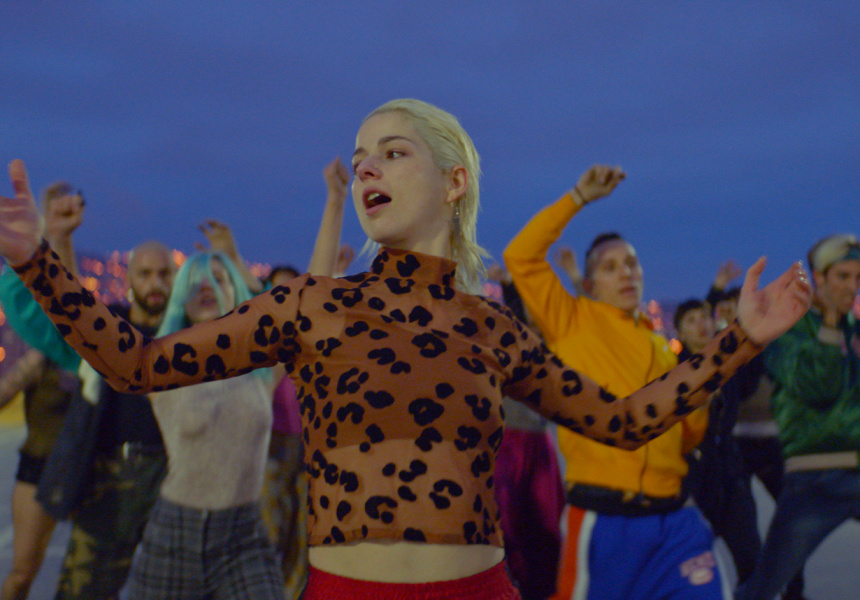 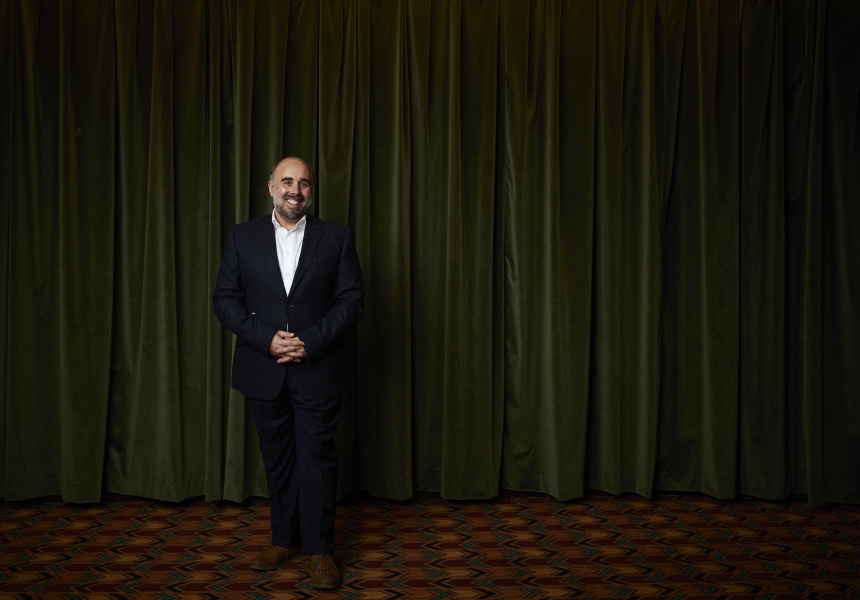 It takes more than a pandemic to derail the Melbourne International Film Festival (MIFF). We may not be able to attend Australia’s longest-running festival in actual cinemas this year, but an eclectic slate of 113 films (including 83 Australian premieres) will stream online.

Dubbed MIFF 68½ – a nod to both its slimmer program and Fellini’s landmark Italian comedy-drama 8½ – this year’s festival offers money-saving bundles grouped along genre lines as well as a free-of-charge quartet of shorts bundles. You’ll just need to set up an account (even if you have a MIFF account from previous years) and buy your tickets. Films can still sell out, so it’s recommended you grab tickets sooner rather than later. Once your ticket is secured, you can stream your selections throughout the festival during their advertised viewing window.

“We had to basically start the festival from scratch in a three-month period,” says MIFF Artistic Director Al Cossar of this year’s approach. “We worked with a developer to build a streaming platform at the same time that we were programming the festival. So, it’s like curating the festival and building the cinema at the same time, and under severe time constraints.”

With such hurdles overcome, the result is the moviegoing balm we need in the middle of a tumultuous year. “We’re really proud of where we got to with the program this year,” says Cossar. “We wanted something that would be true to the spirit of MIFF’s personality. We hope this will be something positive for people stuck at home – something really substantial to engage with, as well as some escapism at the same time.”

We talk to Cossar about some of his picks for this year’s can’t-miss Program Spotlights.

First Cow
This year’s festival opens with the buzz-heavy new film from Kelly Reichardt (Old Joy, Wendy and Lucy), who Cossar says is “one of the most fascinating filmmakers working today”. Scored by experimental American guitarist William Tyler, First Cow thrived in US theatres pre-covid and has made a deep impression on the festival circuit.

“Her last film at MIFF was Certain Women in 2016, which had a really rapturous response,” he says. “First Cow is a Pacific Northwest revisionist western that does a lot of things: it’s a tale of frontier friendship, it’s a heist movie of sorts, and it’s the story of very dangerous baking.” That’s right, dangerous baking. And recipes for the film’s “oily cakes” are being enthusiastically circulated online. “It’s very gentle and thoughtful and compelling,” Cossar says. “It’s just a gorgeous piece of cinema to open the festival with.”

“I think it’s Aubrey Plaza’s best role on screen,” says Cossar. “She’s an absolute force of nature. It’s ostensibly a black comedy, but it gave me stress palpitations watching it in the cinema. It’s very claustrophobic, and you can feel your whole body constrict while you’re watching it. It’s the kind of film you don’t want to ruin for audiences, but it’s extraordinary.”

Wendy
One of the festival’s most anticipated films, Wendy marks the return of director Benh Zeitlin, who broke through in a huge way with the coming-of-age magic realism of his debut feature Beasts of the Southern Wild (a hit at MIFF 2012). Set in the American South, Wendy reframes a very familiar tale in thrilling new ways.

“Beasts was a festival darling and Oscar breakthrough that year,” Cossar says. “It announced Zeitlin as a director with an extraordinary gift for working with young actors. This film has a young cast as well. It’s a radical reimagining of the Peter Pan story, with a lot in common with the singular vision of what Beasts brought to the screen. It’s wonderful to welcome his return to cinema.”

Last and First Men
Somewhat bittersweet, Last and First Men is the directorial debut from Icelandic composer Jóhann Jóhannsson (Arrival, Sicario), who died in 2018. Adapted from Olaf Stapledon’s influential 1930 novel, this cerebral sci-fi odyssey features the inimitable Tilda Swinton in the role of narrator, “an all-knowing being from two billion years in the future”, says Cossar.

“It’s very striking and shot in black-and-white monochrome, with a lot of Soviet brutalist architecture,” he says. “There are a lot of themes you can extrapolate pretty resonantly at the moment. It’s really wonderful, but sad to think of what might have come next from him as a director. It’s something special.”

Ellie & Abbie (& Ellie’s Dead Aunt)
An awkwardly fun Australian twist on the teen rom-com, the feature film debut from writer-producer Monica Zanetti (Tonightly With Tom Ballard) tracks a young woman whose coming out is complicated by the ghost of her activist aunt.

“It’s a really heartfelt, hilarious coming-of-age and coming-out story,” says Cossar. “The titular character comes out and is looking to ask the girl of her dreams to the formal, but is instead greeted by the ghost of her dead aunt. So it’s got a quirky comedic setup, but has this really resonant, political message as well. It’s a real charmer for audiences.”

Ema
Closing MIFF this year is the Australian premiere of Chilean filmmaker Pablo Larraín’s dance-driven drama, in which Mariana Di Girolamo and Gael García Bernal (The Motorcycle Diaries, Mozart in the Jungle) play a couple whose world begins to collapse when they lose their troubled adopted son. Scored by acclaimed electronic composer Nicolas Jaar, Ema is a tense and kinetic experience.

“It’s set around the world of reggaeton dance,” Cossar says. “It’s a couple in freefall after social services have removed their young son, and it’s looking at this cold space left between them. If you’ve seen the trailer, you know it’s a very visceral experience. The look, the feel, the sound and the dance are all parts of the textural whole. It’s a really extraordinary piece of cinema.”

Broadsheet is a proud media partner of MIFF. See the full 2020 program at MIFF.