This Saturday dig for gems in a 40-year-old record store, catch a free show from a South Sudanese superstar or go large at a 14-hour live music party in a Flinders Street underground subway. 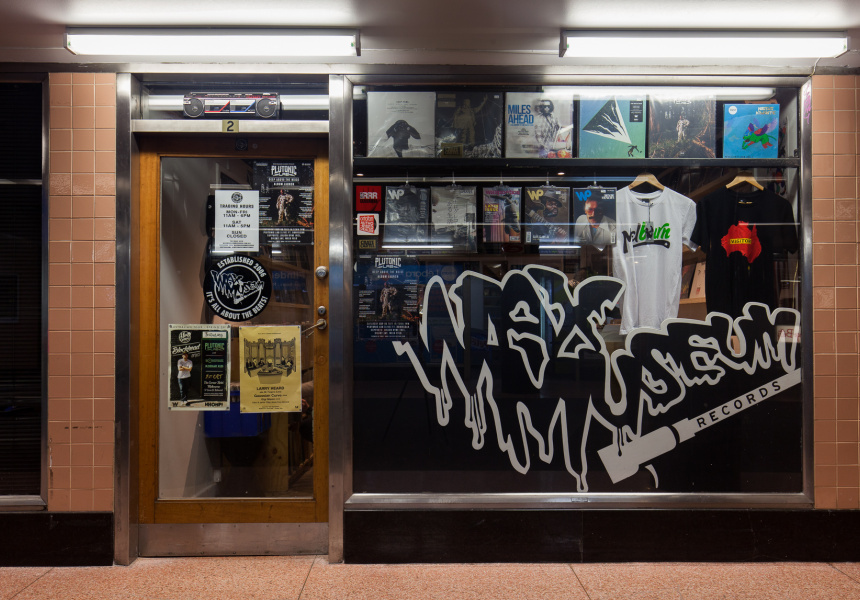 Since 2007, Record Store Day has grown to be an international celebration of independent record stores. This year in Melbourne dozens of record shops, old and new, are selling limited-release vinyl and putting on free live shows from some of Australia’s best musicians. Here’s Broadsheet’s pick of the bunch.

Northside Records
If you’re after soul and funk vinyl Northside Records is your first stop – it’s been buying and selling records in Fitzroy since 2002. Record Store Day here will include live music all day from Cookin’ on 3 Burners and blind musician Gordon Koang, a massive star in South Sudan who was forced to flee that country’s civil war. Koang plays the thom (you can liken it to a wooden banjo) and his infectious energy is something every music fan in Melbourne needs to experience. Also playing on the day is soul singer Natalie Slade and the previously mentioned Plutonic Lab. You can bring your dog to this one too.

Plug Seven Record
Fitzroy record store Plug Seven Records is jam-packed with vinyl that owner Ari Roze has been digging up from around the world for around 20 years. On the day Brisbane contemporary soul-inflected jazz band Laneous will play live, and Melbourne’s Clever Austin (Hiatus Kaiyote) will perform a beat set and release a debut solo LP, Pareidolia. Out in the courtyard you’ll find Indonesian-style skewers on the grill and beers from local brewery Kooinda all to a soundtrack by synth-obsessed producer Harvey Sutherland and Sydney DJ Mike Who, among other DJs.

Basement Discs
Long-running CBD movie and music store Basement Discs is not only celebrating Record Store Day on Saturday, but also its 25th birthday. On the Basement Discs stage will be singer-songwriter Deborah Conway (member of the ’80s band Do Re Mi that recorded the hit song Man Overboard); Blundstone-boot-wearing song-writer Mick Thomas (previously from Wedding Parties Anything) and his band the Roving Commission; Indie Americana musicians the Tracy McNeil Band; and Tim Rogers, Davey Lane (former frontman and lead guitarist of You Am I respectively) and Shel Rogerstein. As well as live music, there’ll be music trivia and refreshments available – proceeds will go to the RSPCA.

Greville Records
Founded in 1978, Greville Records is a Melbourne institution. With more than 20,000 LPs and 10,000 seven-inch singles you could get lost digging in this old-school store. But on Saturday it’s all about the party celebrating 40 years as well as Record Store Day. There’ll be live music from 11am until 5pm from artists such as contemporary funk trio Cookin’ on 3 Burners (who’s song This Girl was remixed by French producer Kungs and hit number one on charts all over Europe), blues singer and guitarist Dexter (Wesley Jazz Ensemble), and Velvet Underground tribute band VU1.

Record Paradise Brunswick
Record Paradise, in a Brunswick warehouse, is celebrating the vinyl re-release of pop songwriter Bob Evans’s 2006 album Suburban Songbook. The album won Best Adult Contemporary Album at the 2006 ARIA awards and debuted at number 15 on the ARIA album charts. It then made it into the 2010 book 100 Best Australian Albums.

Evans will play songs from the limited release supported by Cookin’ on 3 Burners, who’ll be warming up with Melbourne-based singer and soul powerhouse Stella Angelico.

Rocksteady
Rocksteady, on the first floor of Mitchell House on Lonsdale Street, has red linoleum floors and custom-made timber shelves stacked with vinyl spanning owner Pat Monaghan’s 30 years of buying and selling records. On Saturday, make your way up the escalators for live music from Melbourne singer-songwriter Batts and hazy ’60s psych from Jess Ribeiro. Top it off with some limited-release vinyl.

For more tips on where to pick up music from Australia’s best musicians check out Broadsheet’s guide to Melbourne’s best record stores. 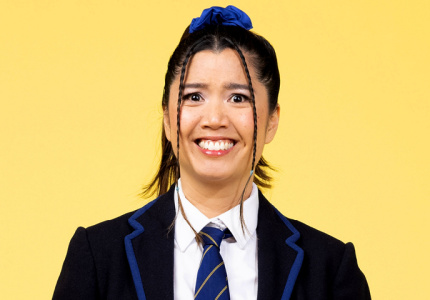