A Tinsel Takeover at ACMI

A Brisbane-based artist is setting a Melbourne institution a-sparkle during Melbourne Fashion Week. In partnership with ACMI, we speak to self-professed tinsel maven, Rachel Burke. 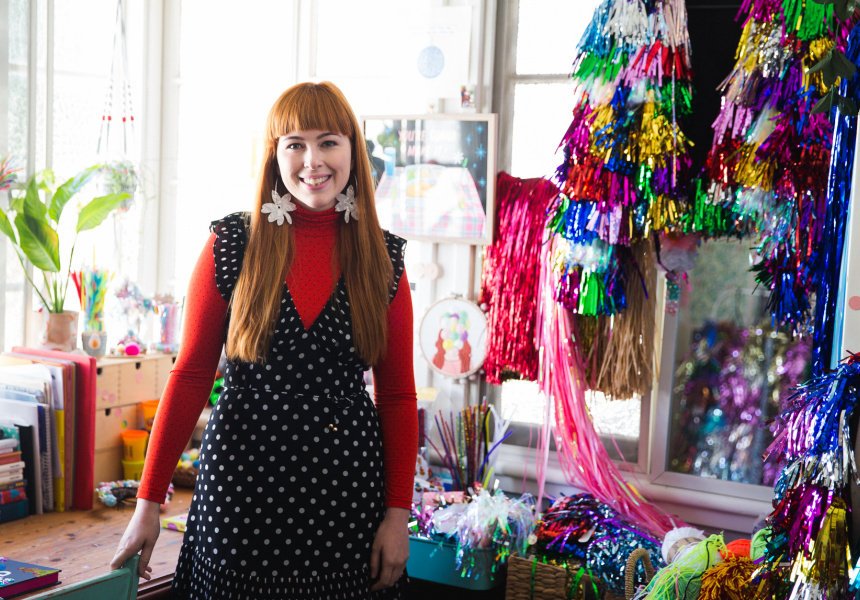 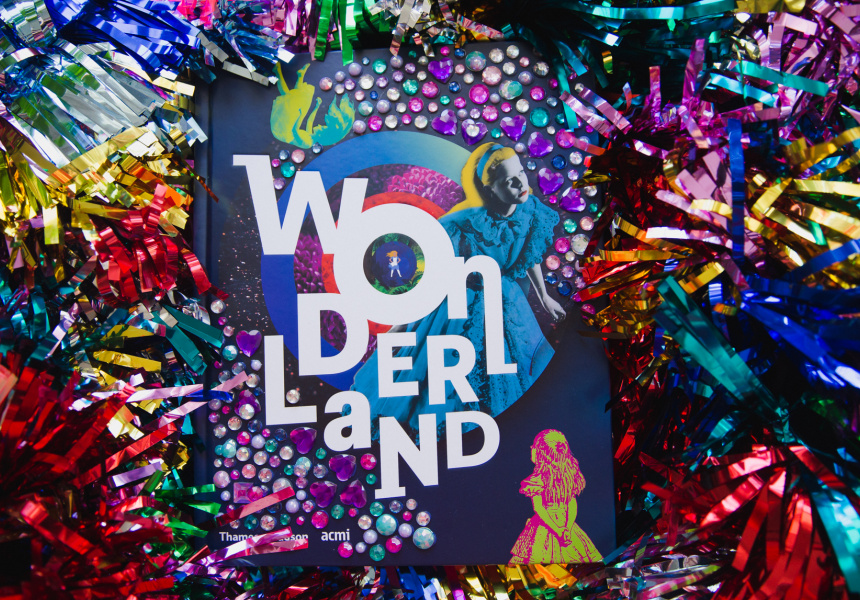 The first item of clothing Rachel Burke ever made from tinsel was a jacket. It wasn’t just any jacket. The garment was for Patience Hodgson, the outlandish lead singer of Brisbane band the Grates, to wear on stage at Splendour in the Grass, 2015.

“I wanted to come up with a really great costume idea,” says Burke. “I remember racking my brains then sitting down to look through some boxes in my studio for inspiration. When I came across some old Hawaiian skirts and tinsel streamers, it got me thinking. I attached the streamers to a jacket and it went from there.”

The experiment worked, not just for the singer but everyone watching. “The jacket was incredible to watch from the crowd,” says Burke. “I got so many comments. And people really wanted the jacket. That set me down a path of reimagining it as a fashion item rather than a costume.”

Today, Burke’s extravagant tinsel pieces are arguably a bit of both. She makes one-off pieces – mostly jackets, dresses and skirts – for customers in the US and UK (mostly New York and London), as well as Australia. Some are for everyday folk looking to sparkle at a special event; others are for artists and performers such as American singer Kesha, and drag queen RuPaul.

Currently she’s busy creating for an upcoming exhibition at the Australian Centre for the Moving Image (ACMI) in Federation Square. It’s there she’ll take up residency from September 5 to 8, 2018, in ACMI’s Future Lab during Melbourne Fashion Week.

Her work extends into other aspects of the centre. Burke will design bespoke Wonderland merchandise in response to ACMI’s Wonderland exhibition, as well as premiere her new capsule collection. She’ll also run an exclusive workshop for eight participants selected via an Instagram competition, celebrate and sign her new book, Be Dazzling, in the ACMI Shop, and bomb ACMI’s light well in tinsel for one of her signature “tinstallations”’.

Keen bedazzlers will be able to drink it all in – quite literally – by sipping on a Rosé Royale cocktail complete with edible glitter and hints of grapefruit in the ACMI Cafe & Bar , and anyone who pre-orders a copy of Be Dazzling via the ACMI Shop, in-store or online, will have the chance to win a piece from Burke’s Wonderland capsule collection.

The icing on the cake (tinsel on the tree?) will be the premiere of Burke’s 10-piece Wonderland-inspired capsule collection, complete with a guerrilla fashion show, at ACMI’s Wonderland Late Nights With Honcho Disko on August 31.

Burke has crafted 10 sparkly pieces for the exhibition, which pushes visitors down the rabbit hole into the whacky and wondrous world of Lewis Carroll and his heroine, Alice, which dates back to 1903.

To prepare for designing the collection, Burke re-read the book, re-watched the Tim Burton and Disney films adaptations, and perused the work of other Wonderland-inspired fashion designers and artists, such as John Galliano.

“I let it all wash over me, then froze out those ideas and sat down to think about how to install and translate it into my world,” she says. “I’m creating a mixture of jackets, dresses, skirts and using some classic Wonderland colours, like light blue for Alice, and red for the Queen. I’m hoping a couple of them will be real show stoppers. They’re going to be revealed in a special way.”

Burke is also exploring a new technique for the ACMI capsule collection and residency. The garments are still being made on salvaged garments bases, but now, instead of using strictly tinsel, Burke is introducing tulle into the mix. We’ll see that for the first time at ACMI.

“This is a fresh reveal,” she says. “I’ve been excited to watch the way my work is starting to be adopted by anyone and of any gender. Initially I started making tinsel clothing for women; now they’re for men, women, or anyone who wants to feel joyful and crazy and fun.”

Tinsel Takeover is on from August 31 to September 8, 2018 at ACMI. More information and tickets.