Thespian Therapy: Why Now Is The Perfect Time To See Hamlet

Bell Shakespeare’s production of the seminal tragedy is on at the Arts Centre for the next two weeks. Here’s why you should forget what you think you know (or don’t) about Shakespearean theatre, and embrace the best play you’ve never seen as rehab for your attention span. 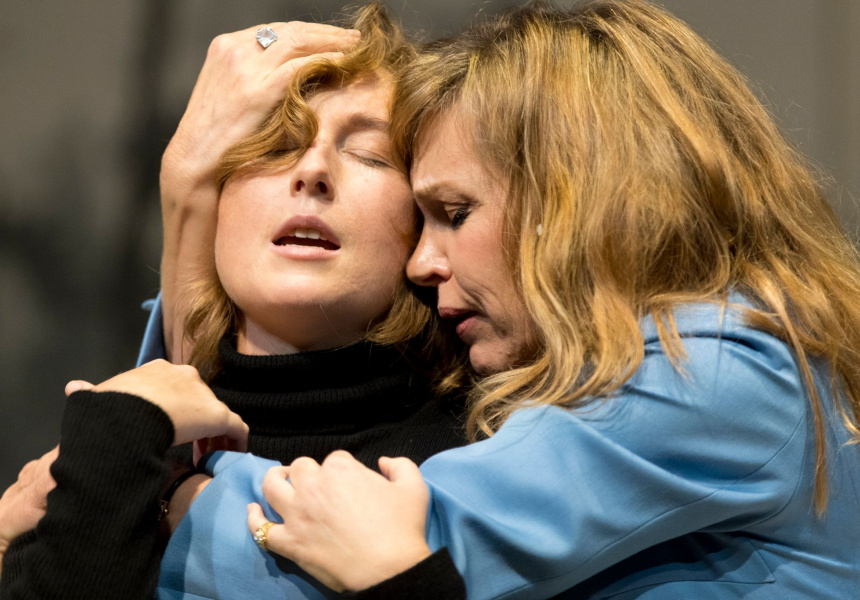 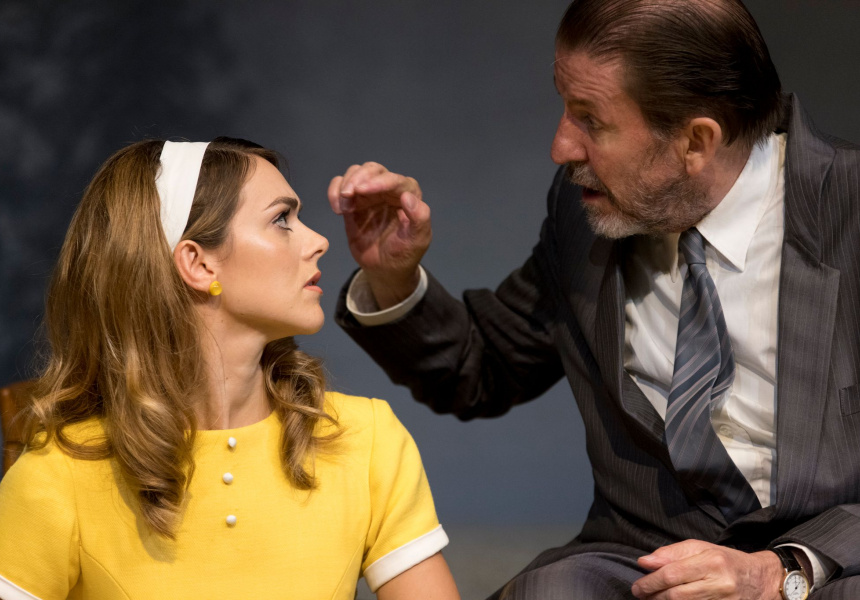 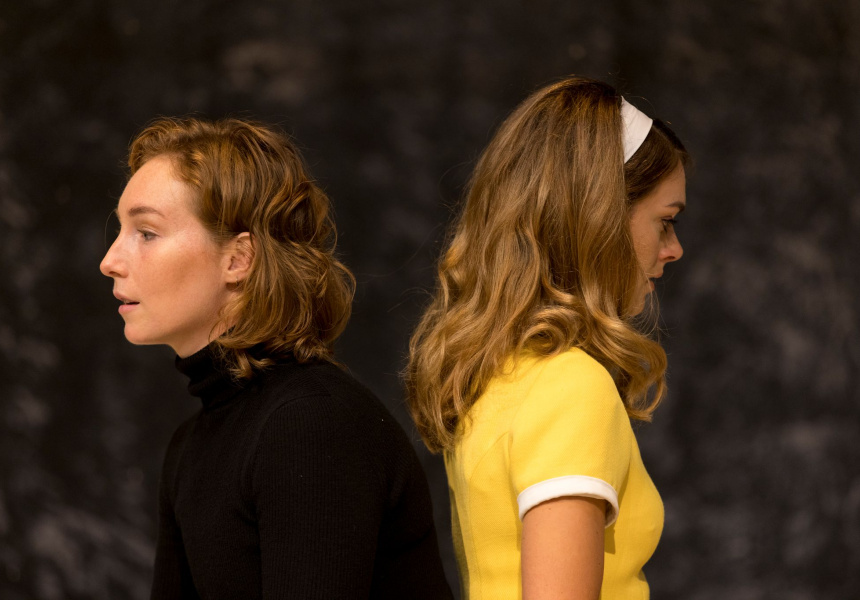 Under an autumn deluge and the Arts Centre’s famous spire, Bell Shakespeare’s much-anticipated – and long-delayed – production of Hamlet opened in the Fairfax Studio on Friday. The Barre was a hive of arts patrons gossiping over sparkling glassware and couples in their weekend finest picking at charcuterie paddles. The rain belted down outside and bartenders in crisp white shirts served prosecco and scotch on the rocks.

Downstairs in the vast box office lounge, couches were dotted with a mix of theatregoers. Young, dressed-down individuals listened with reverence to designer-eyewear-and-eccentric-dinner-jacket-clad sages, nodding sincerely at whatever pearls of theatrical – or life – wisdom were being imparted.

Then, as bells chimed and ushers urged the lingering crowd to take their seats “as quickly as possible”, wine was served in plastic cups and a woman in a pearl necklace polished off a Magnum ice-cream, engulfing it with urgency.

In the theatre, the compact stage was wrapped entirely in a white, plush-pile carpet. A photo-real Nordic winter scene was the backdrop for a simple set: a basic steel construction, of two rectangles in an l-shape, framed a sparse interior lounge scene of mid-century Scandinavian modesty. Flecks of fake snow drifted down gently.

And then, the rot in the state of Denmark unfurled before us with surgical precision.

In the audience, people laughed, cried – and some napped. The play’s three-hour duration, broken only by one 15-minute intermission, is no brief proposition. But if like this writer you are lucky enough to come to the play without any rigorous understanding of the plot, then Shakespeare’s genius can be a revelation. After all, it’s not for nothing that Hamlet has survived two great plagues and been performed almost continuously for over 400 years.

The cast donned retro shades of powder blue, canary yellow and rich plum. Artistic director Peter Evans later told me this was inspired by the fragile glamour of Grace Kelly and her reign as Princess of Monaco – the style is at a poignant remove from both the play’s renaissance roots and the present day. Instead, it feels closer to the Kennedy administration's Camelot. A nostalgic, if psychologically precarious, world of nobility and power that would not feel out of place as a longform HBO drama.

Faithful to Shakespeare’s language yet delivered with unapologetic Australian lilts, this curious blend of time and space lends a clever contemporaneousness to the work. And Evans’s decision to cast a female in the titular role, a character that stands as one of literature’s most notorious misogynists, brings a certain safety to an otherwise daunting character. “I thought the last thing we needed was another guy in his late twenties or thirties running around yelling at women,” Evans told The Age last week. And I doubt he could have been more right. Harriet Gordon-Anderson’s energetic performance as the impetuous, grief-stricken Hamlet is another potent, modern flex and neutralises much of the male toxicity that haunts the play’s reputation – without sacrificing any of its gravitas.

Avoiding spoilers for a storyline that has been on heavy rotation in western culture for centuries is, in fact, a lot easier than one might imagine. This is because many people’s understanding of the great bard’s work is based on uninspiring exposures foisted upon them in high school. In my case, Hamlet had never crossed my path in its entirety – and when the show was announced, I decided to keep it that way.

Much-quoted lines like “To be or not to be”, “To sleep, perchance to dream”, “To thine own self be true”, and “The lady doth protest too much” are of course instantly recognisable and scenes like Hamlet’s heartfelt, one-sided conversation with a skull are etched in our collective consciousness. But if the intricacies of the original text – and its nearly 30000 words of dialogue – aren't something you've encountered before, don't let it deter you – if anything, it's an advantage.

With Evans and his team’s fresh take, Hamlet makes for a scintillating ride (no matter how vague one’s actual grasp of the text might be). Not knowing what will happen or who might survive the unfolding treacheries and tumults offers a narrative experience that puts any Marvel blockbuster to shame.

While the production is unexpectedly accessible for the uninitiated, it is far from the ambient viewing of a Netflix binge and requires a level of mental engagement that many of us have been yearning for since the pandemic put the nail in the coffin of our attention spans. The degree of concentration demanded by such a production, and the subsequent detachment from the world beyond the stage, makes it not only extremely entertaining, but practically an exercise in mindfulness.

At the soiree that ensued in the theatre’s bar – after the show wrapped to a standing ovation and three rounds of stage bows from the cast – sparkling wine and sushi was served and short speeches were made. At the bar, a man in a paisley bow tie gushed at Ray Chong Nee, who played King Claudius – by then he had shed his Donald Draper-like costume in favour of an orange woollen beanie and a crisp lavalava. After more than 30 years watching the play come to life, the man told him, he rated this version among his favourites.

For Shakespeare connoisseurs, live performance is a familiar balm. For Hamlet virgins, the production offered something else – total immersion, IRL. A story and a performance that offers respite from the daily carousel of digital diversions. And without the ability to pause, rewind or “continue watching” later, the investment – and the payoff – really hit different.