The latest Bill Murray comedy features him at his old-school, rapid-fire, insulting best, and is a joy to watch, even if the plot is a little sappy. 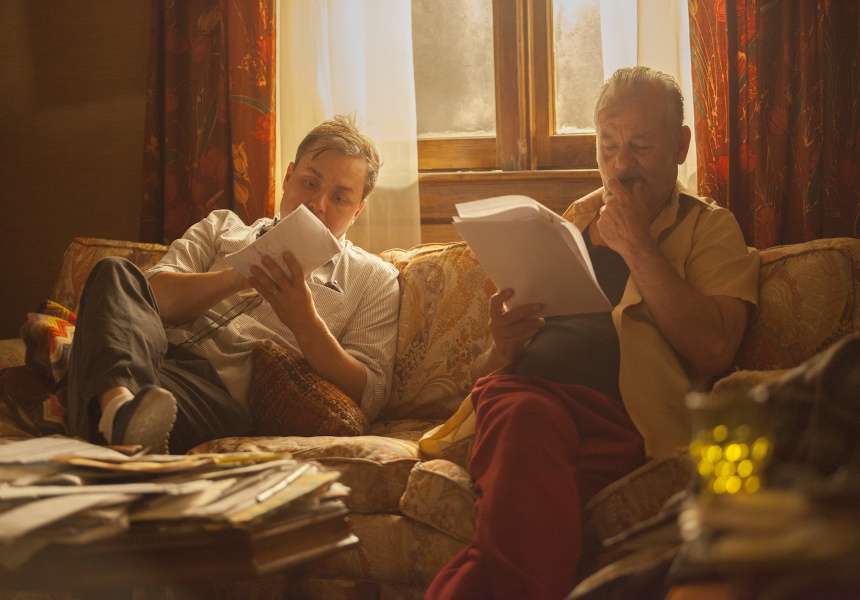 The latest Bill Murray comedy vehicle is a bit of a contraction. First-time writer-director Theodore Melfi has made an obvious and derivative film that’s nevertheless eminently watchable and a lot of fun.

Returning home drunk after a particularly average day, Vincent MacKenna (Murray) destroys his own, already dilapidated fence by parking on it. The next morning, when a moving company inadvertently damages his car with a falling tree branch, Vincent, nursing a flaming hangover, blames the fence on his new neighbours, the recently divorced, and clearly financially troubled, Maggie (Mellissa McCarthy) and her son Oliver (newcomer Jaeden Lieberher). In short, he’s an arsehole. Cue Vincent taking young Oliver under his wing and developing an unlikely relationship.

Everything you’d expect is here: the taking-the-kid-to-the-racetrack scene; the bar scene; the grumpy old man clichés; the inevitable revelation of a noble past; a near-death experience; even a prostitute with a heart of gold (a hilarious Naomi Watts playing the tactless, pregnant, Eastern-European, lady of the night, Daka). Add an inevitable betrayal; trouble with loan sharks; drunkenly dancing to a classic rock tune; a school presentation; and teaching the kid to stand up for himself, and you’ve got a film you may feel you’ve seen before.

But like so many classic Bill Murray movies (Caddyshack, Stripes, Groundhog Day, Kingpin), the easy, obvious plot is really only there to provide a stage for his particular brand of outrageous humour. Murray is, as usual, completely on form as an angry, rude, painfully honest, smoking, drinking, gambling, misanthropic grouch who doesn’t take shit from anyone but gives it constantly. The good news is that the rest of the cast is up to scratch: Lieberher is the perfect balance between sickeningly weak and endearing; Chris O’Dowd (Bridesmaids, IT Crowd), as the school pastor, steals every scene he is in; and the aforementioned McCarthy and Watts are both great.

St. Vincent does stray a little too far into sappy, emotional territory at its climax, but the lead-up is funny enough to excuse it.

Thanks to Roadshow Films we’re giving away 25 double passes to advance screenings of St. Vincent . Email win@broadsheet.com.au with “St. Vincent” in the subject line to enter.

Tickets are valid for any session playing between December 12-14 and December 19-21.