In a strange turn of events, Melbourne is getting a second giant street slide. 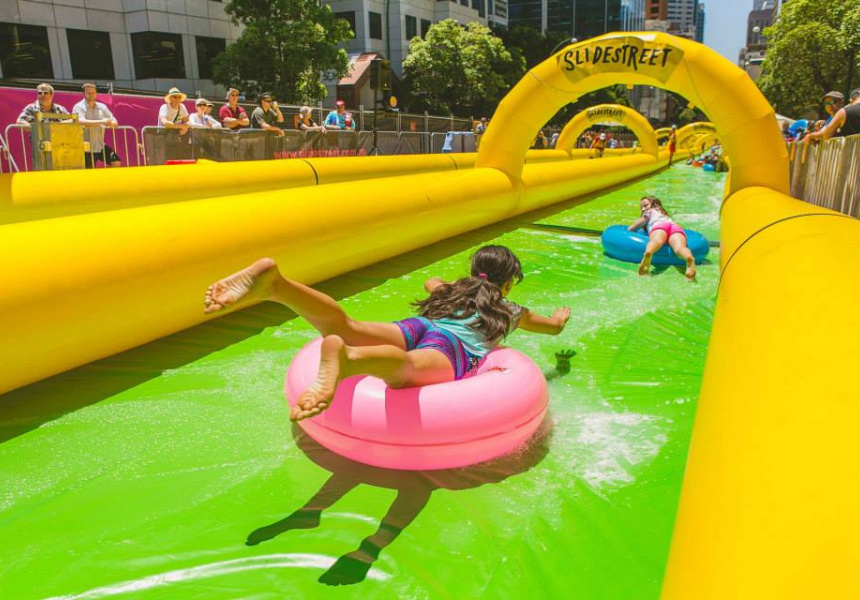 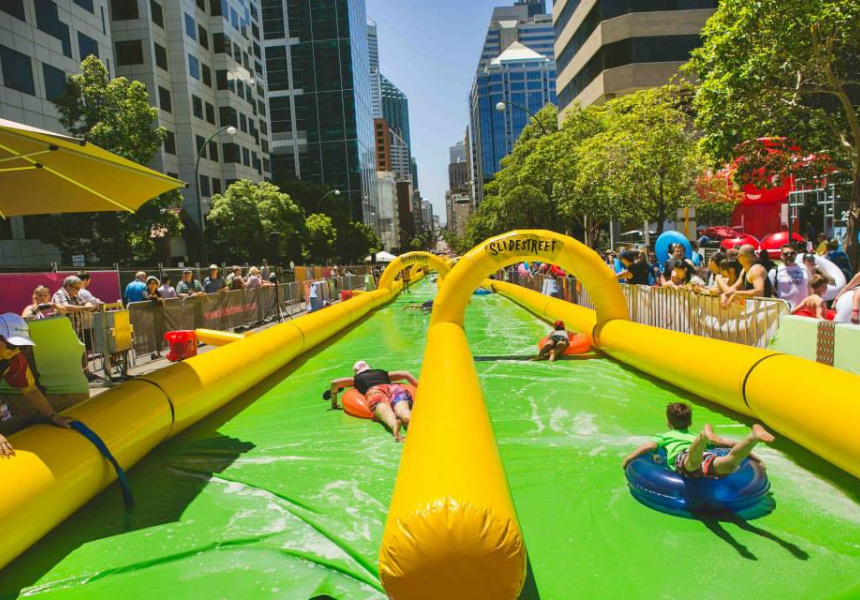 Well, that was unexpected. As the hype surrounding the news that Slide Melbourne plans to bring us the world’s biggest street slide continues to build, it has emerged that a second slide team, Slidestreet, is taking over Lansdowne Street on Saturday January 24 – the same proposed location as Slide Melbourne.

Slidestreet is the team behind the slide that launched in Perth in December. It’s set to hit Sydney and Adelaide as well.

If you missed out on tickets for Slide Melbourne’s longer slide on Sunday February 15 (400 metres) or the waiting list for Monday March 9, then hop on Slidestreet’s 315-metre one.

The slide will use the water equivalent of 300 average showers, which will be re-circulated throughout the day. When it all ends, Slidestreet will pay for the water’s treatment for reuse.

In addition to the slide there will be DJs, food and drink stalls and a pop-up bar.

Tickets will be released in two lots, and you’ll be able to nab them on the day if they haven’t sold out prior.

Get in quick, though, because if the past few weeks have taught us anything, Melbourne’s got quite the appetite for splashing about in public.

Ticket sales for the Melbourne slide open at 9am AEDT on Monday January 12, with some proceeds going to a designated local charity. Find more info here.