Rwanda Rises from the Ashes

A documentary that tracks the rise of Team Rwanda, a cycling team that goes from humble beginnings to the London Olympics, is coming to Australia. 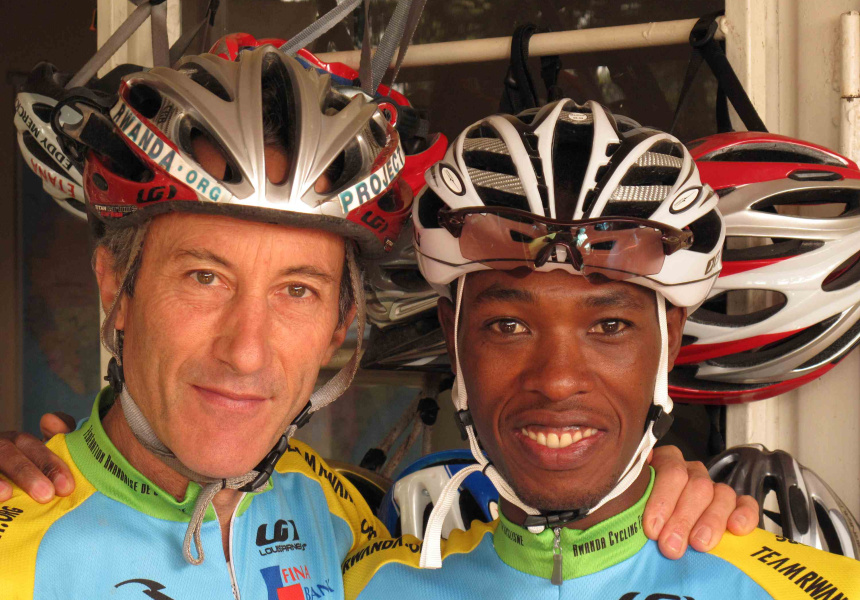 “Rwanda is not what the world thinks it is,” says filmmaker T.C. Johnstone. One of the country’s many surprising elements is its world-class cyclists, a story Johnstone tells in his new documentary, Rising From The Ashes.

The film follows a group of riders who start out on vintage and even homemade wooden bikes on Rwanda’s dirt roads. From these humble beginnings they ride into the world of competitive international cycling, the London Olympics and beyond.

While Rising from the Ashes is definitely a cycling film, Johnstone sees it as more than just that. He describes it as a film about “hope”, “second chances” and people overcoming the horrors of their pasts. Central to this is the film’s setting in post-genocide Rwanda. The success of these cyclists acts as an empowering force in a damaged society. This is explored through the personal transformations the riders goes through, as well as that of their coach, ex-professional cyclist, Jock ‘Jacques’ Boyer.

Johnstone admits that the language barrier between himself and the riders means that Boyer narrates most of the film. Because of this the audience has more insight into his transformation, in some ways excluding the inner worlds of the riders, about whom the film is supposed to be. This weakness is compounded by Boyer’s loss of credibility when near the film’s start he admits to having little knowledge of Rwanda.

It is common for documentaries made in foreign countries by outsiders to leave non-English-speaking subjects with a poorly developed voice. It is all the more disappointing in this case because this truly remarkable, heart-warming story about a great project deserves to be told in a commensurate way. Disregarding this issue, the riders’ smiles speak volumes and more importantly the project has, according to Johnstone, made a real impact. “The best is yet to come,” he says. “The Rwandan Government is fully behind this. What you’re going to see in the next year will blow your mind.”

Rising From The Ashes is showing in various cinemas in Melbourne from June 19.

To discover more about the film, get Team Rwanda’s latest updates and find out how to get involved in helping this project go here.

Rising From Ashes from T.C. Johnstone on Vimeo.