We catch up with Gabriella Rose-Carter, the founder of Melbourne’s newest dramatic theatre company (emphasis on the dramatic). 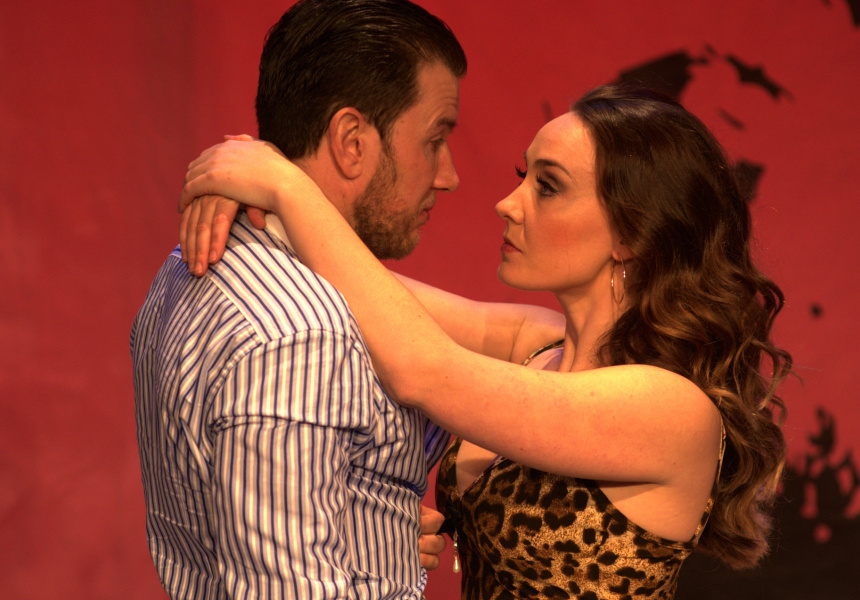 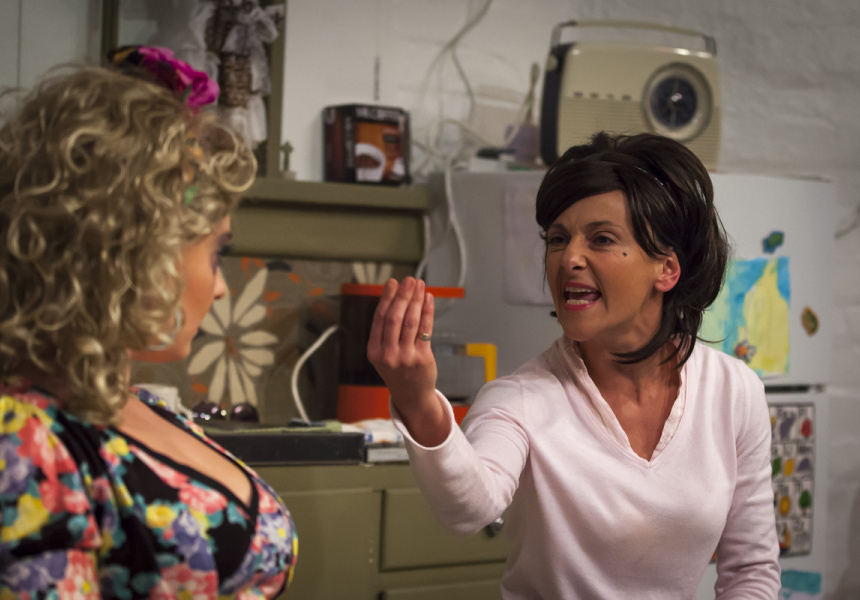 Nursing a tea on the empty stage of her Richmond loft-turned theatre, Gabriella Rose-Carter is a sure-sight calmer than when I first laid eyes on her. That was in May, when she co-starred in Q44’s inaugural production of Edward Allan Baker’s Dolores as an otherwise-stoic woman getting ballistic with her troubled sibling.

Rose-Carter is the founder of Q44, a new Melbourne theatre company named after a New York Bronx bus route, that doesn’t shy away from gritty drama.

“New York is a place that inspired me,” she says of the city where she lived for 10 years. “I was introduced to brilliant playwrights, and it was important for me to bring them home.”

The program thus far has delved deep into domestic violence and heartbreak, with Rose-Carter selecting confronting (though at times, mercifully humorous) scripts. Along with the likes of Red Stitch and La Mama, they make it their business to up the emotional ante, administering a sensory jolt into the Melbourne theatre scene. “People walk out saying they’ve never been so moved in public before.” Rose-Carter says. “Everything is so immediate – we’re losing the stimulus of live performance.”

Reeling with the imagination she credits to being an only-child, Rose-Carter travelled to New York, studying at The Lee Strasberg Theatre and Film Institute. And while carving out her creative career, she relished collaboration, so formed a band of actors (many of whom she coached at Caulfield’s 16th Street) on returning home. They’re involved in every part of Q44’s productions, donning producer, director and performer hats. “My vision is to get actors to produce their own pieces so they’re not waiting around to be chosen for work.”

By day the theatre is a haven – a space for actors when they’re not commercially employed. “It’s really important to have a platform where artists can just go, a place that they can call home and they feel supported by each other.” And they’re preparing another doozy – Theresa Rebeck’s sexy Spike Heels, which just launched last week. The Q44 troupe have temporarily left their nook to play at Chapel Off Chapel, broadening the reach of the first season. “It’s very rare,” says Rose-Carter, of her company’s knack for striking a nerve. “We need theatre to stimulate on all levels, because some people want to be intimate and they have no other outlet. I believe that we needed to have that here.”