Radar Is Melbourne’s New All-Night Club, but It’s Got History

Can it continue the 29-year legacy of Lounge, one of the city’s most storied music venues? The turntables and bar are in the same place, as is the dance floor, but Lounge is gone. When the long-running nightclub closed in April, it took with it 29 years of dance-music history. Nearly three decades of spilled drinks, smoke machine residue, sweat-soaked furniture and empty plastic bags stuffed under seats are gone. Punters can no longer urinate in the service sink in the men’s bathroom.

But now, with a lick of paint, polished concrete floors and a sound system and lighting upgrade, Lounge has reopened as Radar under the stewardship of Maz Salt (Section 8, Ferdydurke, The B.East, Globe Alley).

Lounge was forced to close when its proprietor Carlo Colosimo was outbid on a lease renewal – his competition was rumoured to be a hotpot operator, says Salt. The closure was devastating news for Colosimo and the club’s staff, bookers and DJs, as well as its community of underground dance-music lovers who just a few months earlier had lost beloved nightclub Hugs & Kisses.

When negotiations with the hotpot operator and the real estate agent fell through, Salt was offered the site. Given he’s inheriting both broken hearts and history, he understandably has the jitters.

“Much like Section 8, we don’t have a lease. We’re in the place for as long as we possibly can be … we’re taking a bit of a gamble and hoping we can pull it off.”

There are few operators in Melbourne better placed to carry on Lounge’s legacy. Regardless of how you feel about Section 8’s tourist-magnet status, it’s undeniable that the container bar – and its long-term booker Jacob Howard, who’ll move over to Radar – has played a vital role in shaping Melbourne’s dance-music scene. It’s also a long-time supporter of Melbourne’s hip-hop community – think wild sets from The Avalanches’s DJ Dexter – and has kickstarted the careers of house and disco fixtures such as Wax’o Paradiso, which launched its first parties there.

As a business owner, Salt is fully aware of how rare and precarious a space like Radar is (he says Section 8 was issued a noise caution notice by a City of Melbourne inspector at 7pm on the Sunday before Radar opened ).

“It’s a terrible thing for Melbourne to lose these kinds of venues. Not just the 24-hour license, but venues that are in a protected space,” says Salt. “There are no residents immediately adjacent. You can have loud music going. That sort of stuff is critical for music ecology and the culture of Melbourne.

“For a healthy music city to survive you need to have small bars, you need to have large bars, late-night bars, commercial and independent. You need all of it,” says Salt. “I think protecting the CBD as a place for music is really critically important. There are very few late-night places in the city left ... It’s not as bad as NSW, but we want to make sure it doesn’t get to that point.”

While Salt has fond memories of visiting Lounge in the ’90s with his older siblings, he got his first taste of nightclub life in ’93, working as a security guard at a nightclub in Ankara, Turkey.

“[It] was a converted flour warehouse in the middle of the Anatolian plains that held 3000 people. It was open three nights a week and had this queue stretching up a highway that went absolutely nowhere,” he says. “It had DJs flown in from Germany. I thought, ‘This is incredible. It’s amazing.’ What brings all these people out into the middle of fucking nowhere to celebrate?”

26 years later, the doors are open at Radar. The iconic balcony is still there, but a new balustrade separates the old raised area of the dance floor. There’s new green leather upholstery in the booths and a 130-year-old table repurposed as a DJ booth, flanked by two new Funktion-One speaker stacks. Snaking above the turntables and wrapping around the dance floor’s ceiling and walls is an undulating new light installation by the John Fish Collective (whose work has been featured at festivals such as Pitch Music and Arts, Freedom Time and Strawberry Fields). The vibe is more like Metro Area’s perennially chic New York house music than Underground Resistance’s renegade Detroit techno.

As the first guests walk in on opening night, there’s a nervous energy in the room. It feels like going to a spruced up open home of the flat you’ve just been evicted from. But as odd as it feels, it’s still the same room, and the speakers are booming. Before long, Kristian Laemmle-Ruff from John Fish Collective spills the first drink. And Edd Fisher from Wax’o Paradiso breaks the first glass. And if Melbourne’s dance music community is willing, those will be the first of many spills to come.

For Radar’s upcoming gigs, head to its Facebook page. 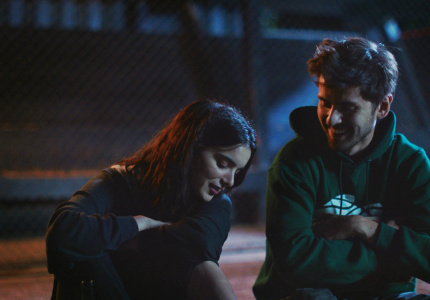