Putting The Pieces Back Together

We chat to bass player Nick Harmer about Death Cab For Cutie’s new sound, the Japanese art of Kintsugi and why he loves Australia. 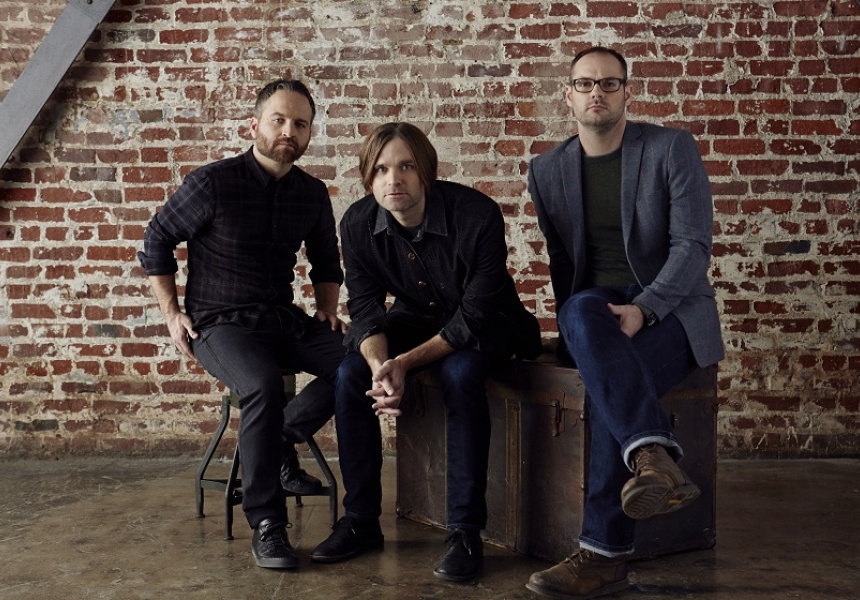 The indie band that provided a soundtrack for angsty teens in the late ‘90s and ‘00s (fittingly referred to as the “O.C. indie era” by Pitchfork) is back with a new album, Kintsugi. Before recording the album, Death Cab for Cutie band member Chris Walla announced he would contribute guitar but would not produce the album as he had done in the past. Producer Rich Costey – whose work includes Sigur Rós, Frank Turner and Muse – stepped in instead. We catch bassist Nick Harmer ahead of the band’s Australian tour this month.

Broadsheet: As you’ve moved from four to five touring members, has your live sound changed?

Nick Harmer: I feel like this is the best version of our band live that we’ve ever had, and we owe a lot of that to musicians Zac [Rae] and Dave [Depper]. Between the two of them, I think it allows us the chance to really present a lot of the complexities and subtleties in our music, more than we ever have before.

BS: Changing producers after 17 years was obviously big for the band – was there a key moment during the process of making Kintsugi when you thought, ‘This is going to work’?

NH: A key moment was when we finished recording the song Black Sun, that was the first one we recorded with Rich Costey in the studio, and it was kind of a litmus test to see whether or not we could work with an outside producer and still make something we were really excited about. The song came together so quickly and was so strong that it really set the bar for the rest of the album.

We were so energised by it, Rich included, that as we recorded other songs we would go back to Black Sun and compare what we were working on to it.

BS: I really love that you’ve referenced the Japanese philosophy Kintsugi [the art of fixing broken pottery with lacquer mixed with powdered gold, silver, or platinum]. People have related the album title to Chris leaving and Ben’s public divorce. But it seems more a comment on art: putting pieces back together in order to make a new history.

NH: Yes definitely. One day I was just sort of messing about online and along the way I came across a ceramic bowl that had been repaired in the Kintsugi technique, and I’d never seen something like that – it struck me how beautiful it was.

You could see where all the cracks were, which made it more beautiful to me. The philosophy behind Kintsugi is the notion of not trying to obscure breakages and fractures; these things are part of the history of the object.

I think [my band mates] realised that as a band, and certainly Ben as a songwriter, had been highlighting fractures and breakages in his songs for as long as we’ve been a band. It seemed like a really appropriate way of summing up the philosophy of our songwriting.

BS: Kintsugi is haunting but not too heavy, and there is still that Death Cab momentum. Did you plan from the beginning to stay with what you’re good at – or does the whole process happen in the moment?

NH: The best thing about recording with an outside producer this time was he really encouraged us to not over-think our musical decisions and worry that we’d already done something in the past. What often happens is that, in your effort to not repeat yourself, you end up leaving some of the things that you’re also really good at behind.

BS: On the lyrical side of things, do you ever think, ‘I have no idea what this song is referring to’? Does Ben ever give context to the lyrics?

NH: If I asked Ben what his songs meant, he would tell me, but I don’t ever really ask. I form my own ideas about what I think they mean and what they mean to me. There have been a couple of songs over the years that I’ve asked him specifically what they happen to be about and where they’re coming from. But for the most part I just like that it’s open.

BS: Do any memories stand out from previous Australian tours?

NH: The very first tour that we did in Australia we were brought over by Something For Kate, to open for them. We didn’t have any money and the guy who was putting our album out in Australia – we stayed at his parents’ house with him, sleeping on their floor between shows. So we got to see a lot of suburban Sydney!

I will never forget how that felt, I mean just how welcoming they were. I could tell Australia was going to be a place I’d fall in love with.

Death Cab for Cutie is playing at 170 Russell with Say Hi on July 28.