The Pursuit of Greatness 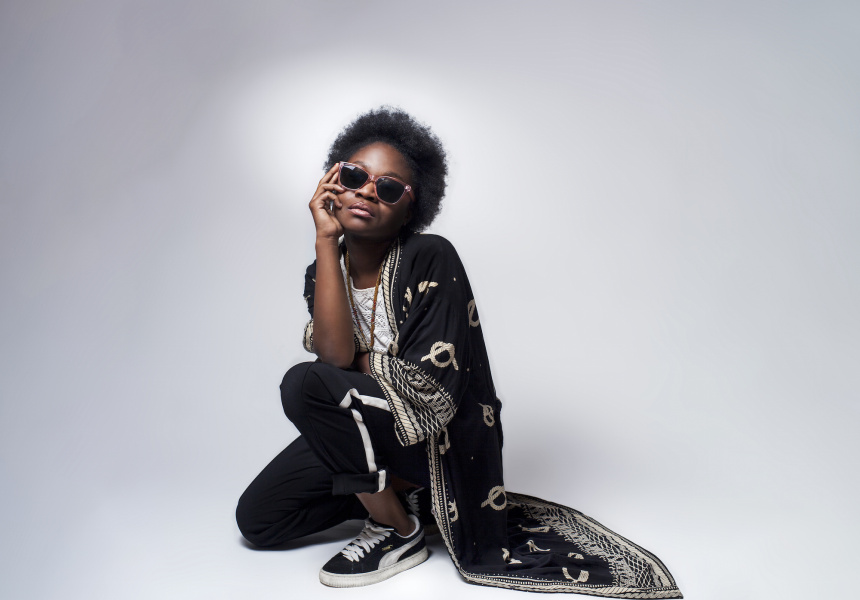 When Sampa The Great calls for our interview, she’s halfway through watching hip-hop documentary Beats, Rhymes & Life: The Travels of A Tribe Called Quest. She has a notebook in hand, and she takes down everything.

Things have moved quickly for the Zambia-born, Botswana-raised singer/poet/hip-hop artist since she relocated to Sydney two years ago to study audio engineering at SAE. Since then, she’s released an LP, is going on tour and has found her name on the bills of summer festivals such as Golden Plains and Sugar Mountain.

“I wasn’t even looking [for a label]!” she says, laughing.

“The beauty of Wondercore is that all the artists are so raw and allowed to be themselves. That’s a perfect fit for me. My current manager hit us up and was like, ‘I really love this, I love that it’s not just hip-hop’ – it’s a variation of genres, and I’m really trying to let people know that.”

Sampa Tembo (which she goes by offstage) wrote her first song at 11 years old. Now 22, her music is a snapshot of her experiences growing up between two African nations in a large family, before suddenly living independently in Sydney on a student visa.

Tembo grew up on Nina Simone, Tupac and Nigerian-French songwriter Asa, and more recently listens to Frank Ocean and D’Angelo. Her musical intake reflects in her own output. It combines elements of old American funk and soul, modern hip-hop and earthy African rhythms.

One track, Revolution, samples speeches from activists such as Malcolm X, and is a reflection of race and pride. F E M A L E, one of the record’s highlights, is an empowering observation of womanhood. Raised among strong female figures, she’s not afraid to push through the inequality that seems inherent in the Australian music industry.

“There are just these little rules or nuances you have to follow – like: ‘Oh, let me get that for you’ or ‘let me do that for you’. And you’re expected to look a certain way,” she says. “But I’m not putting that limitation on myself. I’m not a good female artist. I want to just be good as an artist.”

She continues, “Growing up where I did, with women being themselves, and not being afraid to be in charge, it has definitely trickled into me. I'm like, ‘Hey, I'm actually going to learn this for myself, and do this for myself’.”

Using her music as a platform to assert her identity and heritage, she says, just comes naturally – a response to the environments she finds herself in. She also believes it’s the key to engaging her generation in social and political issues.

“Music is that one avenue that we all talk about, like ‘What did you hear last week?’ you know – so it’s definitely a good avenue. Like, if you want to promote a cause – do it through a song!” she says, laughing. “When I was in primary school, I had to memorise half my exams through a song – I just couldn’t remember them any other way.”

After going on her first headline tour late last year, Tembo’s next gig is to open music and arts festival Sugar Mountain at VCA on January 23.

“Our setup is usually a seven- or eight-piece band. The band vibe is just everything; I can’t not have it! That’s what makes music live – it’s cool, just all our friends coming out and making music together,” she says.

Sampa the Great’s album, The Great Mixtape, is available for free download here.