Ahead of the screening of his film, Patema Inverted, at MIFF, we speak to writer, director and animator Yasuhiro Yoshiura about being the next Miyazaki. 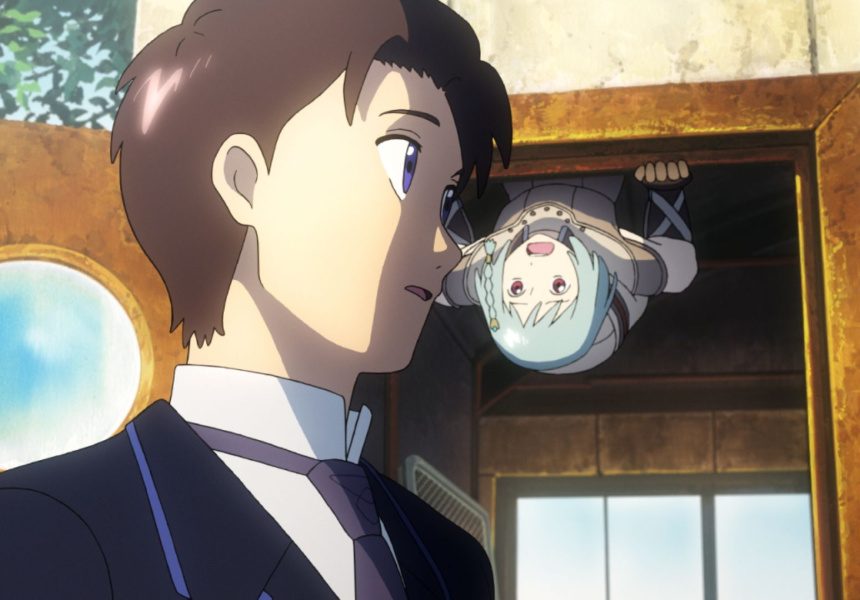 If you’re a Japanese animator, it’s inevitable you’ll be compared to Hayao Miyazaki. It’s a fact not lost on Yasuhiro Yoshiura, writer and director of Patema Inverted, who is in town as part of the Next Gen program at the Melbourne International Film Festival. In his case, though, the comparison is warranted.

“These days there’s not a lot of animation that can be enjoyed by both younger and mature audiences,” he says. “I wanted to make something that everyone could enjoy, like those older Miyazaki films. And if you look closely at the characters, you’ll notice that the design is actually in that older style.”

Patema Inverted definitely has the feel of one of the older Miyazaki films. In particular Castle in the Sky and Nausicaa of the Valley of the Wind with which it shares themes about the environment, misguided authority and forgotten atrocious histories. But Yoshiura says this is incidental, and came about only to help make the story more compelling. The nexus of Patema, he says, is the idea of being upside down, and of falling into the sky.

“As a child, growing up in Hokkaido, on a clear night, you can really see the stars and the sky is so big that it almost feels like you are dropping into the sky. It almost felt like the sky was underneath me and that idea has been with me since then. As soon as I had the chance to make this into a film, I did.”

The film tells the story of a young girl named Patema who lives in a cramped underground city and longs to find new worlds. She enters the Forbidden Zone and discovers another world, Aiga, where everything is upside down and gravity itself is inverted. She befriends Eiji, a young lad who wants to escape his own situation. Together the two set out to uncover the secret behind the inverted worlds.

The animation is beautiful and the techniques Yoshiura uses are fascinating. But he insists that although he is aware of other anime, his influences are more live-action and Western-oriented. He lists Terry Gilliam’s Brazil, Michael Radford’s 1984, Gattaca and the films of Orson Welles.

At this point Yoshiura actually stops the interview to take out his camera and show me a photo he took earlier of the Sofitel Lounge, where we’re sitting now.

He’s right, but it’s not a comparison that I would have made unassisted.

“I really like the classic sci-fi movies and classic sci-fi novels like by Isaac Asimov and Robert A. Heinlein. So as a consequence I tried to make the Patema storyline follow that a little. There’s a sudden reversal of everything about halfway, which I think is reminiscent of 2001: A Space Odyssey.

“Of course, personally I’m a fan of anime and manga, in particular Hayao Miyazaki and Mamoru Oshii. I also like Disney and Pixar a lot. In fact, the main antagonist in Patema was modelled partly on Judge Frollo, the baddie in Disney’s The Hunchback of Notre Dame.

He doesn’t even wait for the translator when I ask if he’d like to make live-action films – the words “live-action” elicit an enthusiastic “yes” before I’ve finished speaking.

“I have lots of ideas that I would like to realise, and some of them I think would be much more suited to live-action than anime.” But for the moment, his work will continue to be animated.

Patema Inverted is screening at MIFF Friday August 15 and Saturday August 16. We have a double pass to give away for the screening on August 16. Just email win@broadsheet.com.au with 'Patema' in the subject line to enter.