You won’t get kicked out for talking. 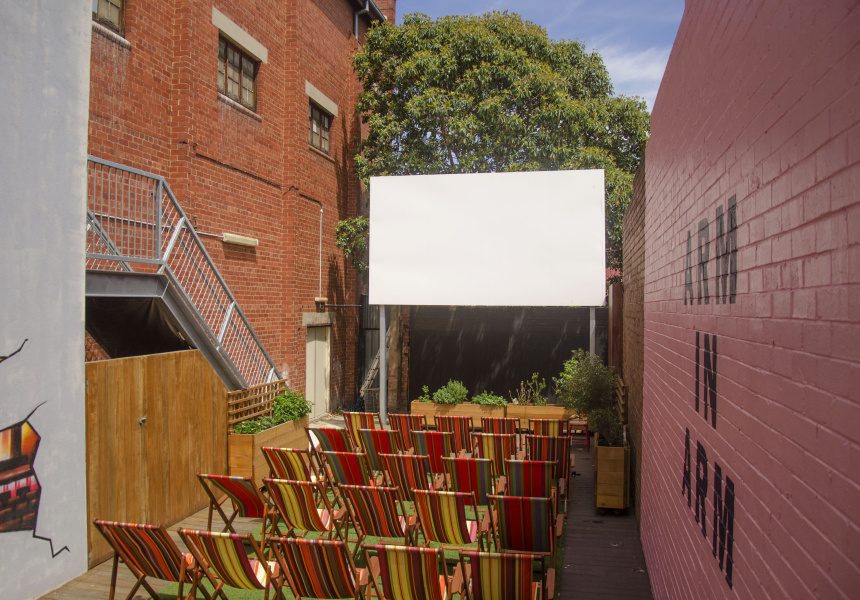 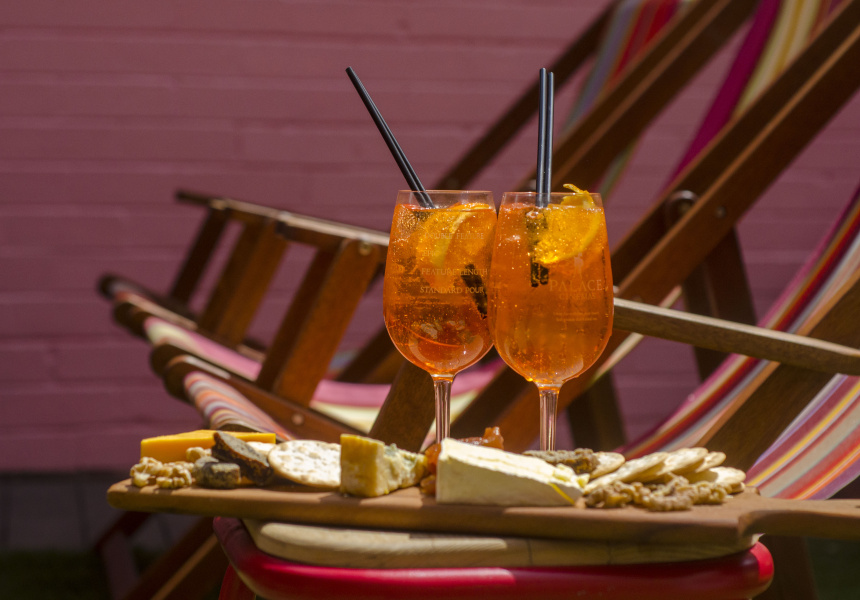 With outdoor cinemas screens lighting up around Melbourne this summer, the Palace Westgarth has decided to open its own.

During the day, the courtyard is a place for people to socialise, have a drink and talk about a film they’ve just seen, but once the sun goes down the movie begins.

“We’ve got strawberries and other fruit growing around the edges and there are murals that have been painted on the wall by a local artist, so it just feels like a really lovely courtyard vibe,” Zeccola says.

The 30-seat cinema is perfect for the people that can’t go a couple of hours without having a chat. High-definition headphones are provided to audience members – feel free to bring your own too – who prefer to watch uninterrupted.

“It’s for the people that are there, watching the film, having drinks, and still allowing them to socialise,” Zeccola says.

At the bar, you can find bottled cocktails from the Everleigh, including Martinis and Negronis, as well as a list of fresh cocktails that changes every day.

Zeccola is excited to bring friends together on a balmy night to watch a film together: “I love that I can get a couple of people together… grab a couple of drinks and get involved in the film, and then hang out afterwards.”

This competition is now closed. Broadsheet would like to thank everyone who entered. Winners have been notified.