From the former owners of Lounge and the team behind Something Unlimited festival. 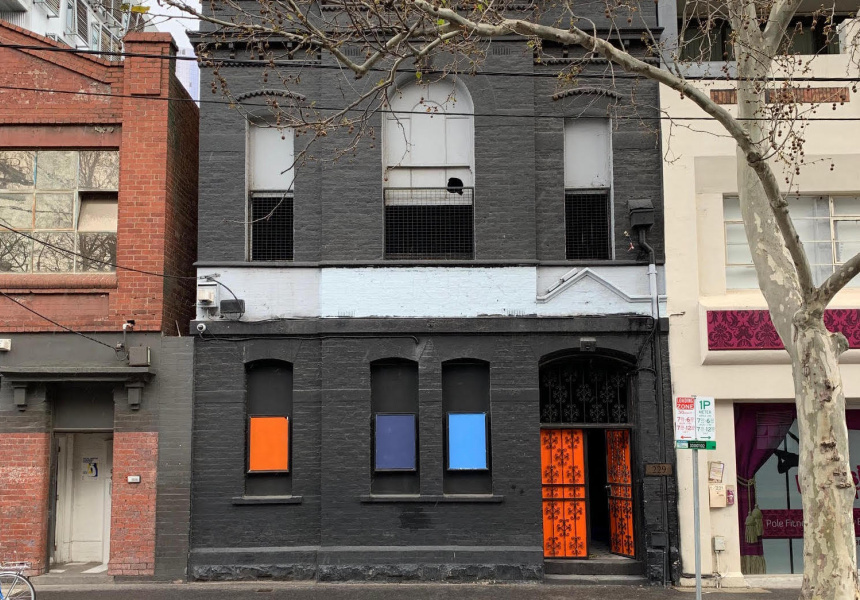 Over the past year, Melbourne’s underground music scene has been rocked by the closure of several beloved venues. Cherry Bar’s days are numbered, Hugs & Kisses closed in January, and in April, Swanston Street’s Lounge closed after 29 years of wild, all-night parties. For many in the dance music community, Lounge’s closing in particular was a huge blow.

“Lounge had its warts for sure … but it definitely provided a sense of belonging to a lot of people, including me,” says former booker Liam Alexander. “Every good late-night city, no matter how many great free illegal raves there are, needs nightclubs to keep it afloat. To keep tours running, to keep people from overseas interested, to provide hubs for new people trying to find their way.”

Alexander’s hoping to fill that gap with Colour, the new 24-hour nightclub he’s launching with his DJ partner Ben Rausa (the pair perform together as 6am at the Garage and are also behind last summer’s stand-out festival debut Something Unlimited) and former Lounge owner Carlo Colosimo. The Queensberry Street building is a former church built in 1835 that, over the course of its life, has also been home to the notorious ’90s S&M club Hellfire, and more recently, the short-lived club Yours & Mine.

“It’s been a bit of hibernation for our whole late-night community,” continues Alexander. “A few park parties, a few house parties … but the vibe I get talking to people is that there’s a bit of an aimlessness in terms of a space for people to exchange ideas and feel at home in a clubbing sense at the moment, which is the point of what we’re doing [at Colour].”

Colour will feature an industry-best Funktion-One sound system and upgraded interiors – including an orange bandroom upstairs, adding a live-music element to the previously dance-music-oriented venue. Colour will operate as a bar and bandroom from Tuesday to Thursday (starting at 5pm), and will transition to club mode on Friday and Saturday nights. The club has a 300-person capacity and 24-hour licence (except from 7am to 10am on Sunday).

“One of my favourite things about my favourite venues around Melbourne is that they don’t treat club kids like children – you can still have nice things. You can have nice drinks, glass, decent cushions on nice booth seats. It’s still functional but not just the cheapest, shittest things the owner could find thrown together haphazardly,” says Alexander. “It will still have turbo time for sure. But the people we’re trying to appeal to appreciate being treated like adults.”

Opening night on Thursday, October 3 will see a host of diverse artists christen the space, led by experimental pop musician Sui Zhen (who will soon launch her anticipated album Losing Linda), miner of Australian dance-floor obscurities Andras, and Noise in My Head, among others. Check Colour’s full list of confirmed opening events below.