On the eve of its Melbourne Music Week performance, the founder of the legendary band Tangerine Dream tells us about oceans of sound, and why it took longer to write music for Grand Theft Auto than it did for Risky Business. 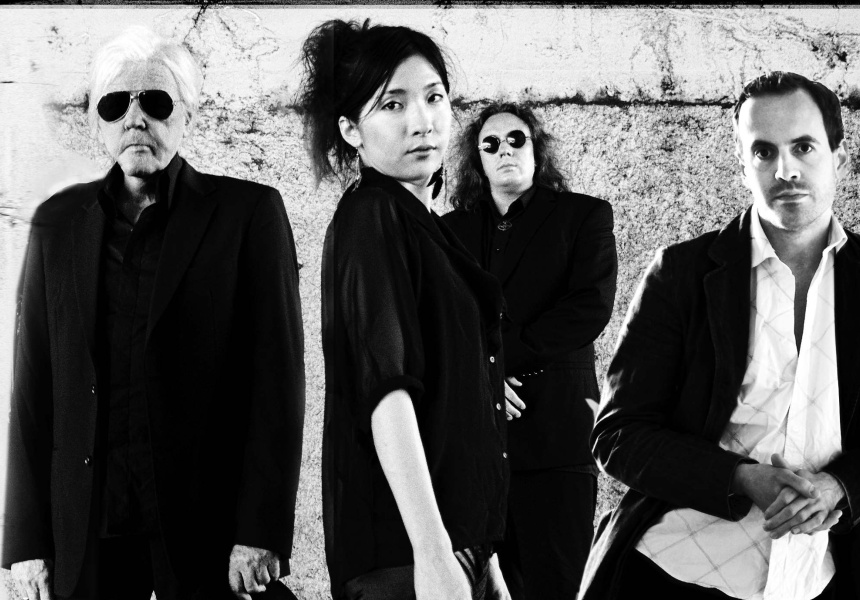 Nothing symbolises the radical shifts that have taken place in Berlin these past few decades like the fall of the Berlin Wall, the 25th anniversary of which was celebrated this week. Edgar Froese has witnessed those changes – the political, the economic, the demographic – first hand.

But the founder of pioneering krautrockers, Tangerine Dream, says at least one thing has remained constant: the city’s place as a hotbed of forward-thinking, underground music.

“If Berlin is called right now the centre of alternative music, I would more specifically say, Berlin as a living place has always been alternative to the rest of the world,” Froese says. “And so is its music, embedded into a very specific social surrounding.”

For Froese, the sound of his hometown is not the metronomic thump-thump-thump of techno and house – which seems to be the pulse of the city these days. Instead, it’s a tone – a “grey-to-grey melancholic” one. “Berlin only can be understood from a more psychological background,” he says.

While there’s a clear and direct lineage between the music that blares out of the city’s abandoned warehouses all weekend long and the “Berlin School” sound Froese began developing in the late ‘60s, the styles are also wildly divergent.

Tangerine Dream is more ambient, more cerebral or, as Froese once described it, more “oceanic”. “The ocean of sounds has no chord or melody structure, it is a complete abstract and formless state of cluster phenomena,” he says.

“What we do, those ones who call themselves ‘composers’, is just organising sound layers, giving them a certain structure and transforming them into an audiophile message."

It’s a sound he has explored over 162 (yes, 162!) albums. They’ve, “never been a bread-and-butter band" and Froese has happily worked on films, most famously, Risky Business. More recently he’s had the challenge of making music for one of the Grand Theft Auto video games.

“In both cases you’re a person providing a service you’ve been hired for. That means, practically, you have to make compromises in order to fulfill a third party’s expectations. You’re not totally free to do what you may think is best.

“Working on a movie is like following a course of action and that moves only in a forward direction, no jumping into various levels of action-building images.

“On games it’s the opposite. The way of movement variations is multi-dimensional, often triggered by the player’s knowledge and cleverness. So in order to support the game, the music has to fit with the same key and same rhythm into the structure of maybe five to eight different scenarios, and to make it even more complicated, it should sound somehow different each time.

"I’ve been working on Grand Theft Auto V for about seven months. On a Hollywood movie I need just five weeks for the composition and the recording.”

Froese says his mission is to, “Describe the world’s impressions through electronic equipment” and that his music is, "A deep, conscious search [for the thing] every real artist wants to explain: his subjective view of life.”

As for the best piece of work in his extensive repertoire, it’s hard for him to pick one. “I do have such feelings for certain periods in which sort of a quantum leap forward in evolution has happened. The big shift from analogue to digital, or from digital to pure computer software. Albums out of such ‘break- through’ periods I put my musical focus on.”

Tangerine Dream will play with Black Cab this Sunday November 16 at the Melbourne Town Hall and will perform Sorcerer this Thursday November 20 (at 7pm and 10pm) at ACMI for Melbourne Music Week. Tickets available at mmw.dashtickets.com.au.