Meet the “Brunswick Baby Farmer” and marvel at Australia’s oldest condom at this dark and confronting glimpse into life in 19th-century Melbourne. 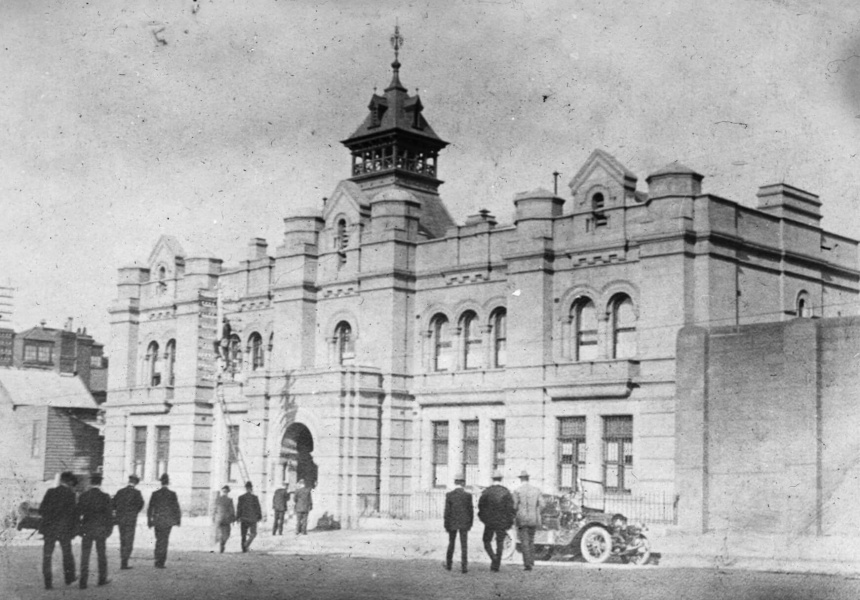 In Melbourne at the end of the 19th century the prospects for the destitute and impoverished, particularly women and children, were grim – much the same as they are today. The women who turned to crime to make ends meet were judged harshly by a puritanical society, and labelled “wayward”.

These women’s stories are told in Wayward Women, a new exhibition at the Old Treasury Building of artefacts from the Public Record Office at that time. Margaret Anderson, general manager and exhibition co-curator, says she wanted to tell the forgotten stories of Australia’s history.

“Most of the histories we tell are about the history of men,” says Anderson. “When we present women’s stories, we see nice images of women in crinolines, and stories of women’s suffrage, which are very important, but your great, great grandmother probably isn’t one of those women. These are women who perhaps don’t fit the stereotypes.”

Among the stories of a handful of women who lived around 1894 to 1904 is that of Beatrice Phillips, who has a five-page arrest record and was convicted of drunkenness, theft and using obscene language no fewer than 227 times.

“I think she caused a ruckus at trial,” says Anderson. “She made her opinions known loudly. She was a street person from her twenties right into her sixties. She must have had the constitution of an ox.”

Most stories are dark and confronting, traversing extreme poverty, murder and infanticide. There are some fascinating objects from the archives, such as the death mask of Frances Knorr, known as the “Brunswick Baby Farmer” (who was charged with murdering children she took into her care) and an old condom, an ineffective-looking thing made of animal intestines. Anderson tells me it’s the oldest in Australia.

The youngest girls in the exhibition, Sarah Lawton and Gertrude Bigwood (11 and 12), were known to beg on the steps of parliament, and were arrested for accepting a shilling to follow a man to his office. Nearby, the tangle of backstreets around Lonsdale Street used to be home to the city’s numerous “flash houses” (brothels), some of which were run by Caroline Hodgson, also known as Madame Brussels. And on Bridge Road, Richmond, Martha Needle was arrested for poisoning five people, including her three children.

But not all women here would be considered criminals by today’s standards. In North Melbourne, Bettina Smythe ran a druggist that stocked contraceptives and hosted lectures on women’s issues (it’s in this section the condom appears).

All the stories in the exhibition are told through images and documents, but you’ll find they trigger again in your memory after you walk out the door, onto the same streets on which they all happened.

Most of the crimes described here seem like they were committed out of desperation rather than villainy. Phillips being labelled “the worst woman in Melbourne” by the press might have been a bit of a joke at the time, but it demonstrates the Victorian values women contended with. The worst thing a woman could be was mouthy and unruly.

“There’s no social security, no real contraception, and abortion is illegal,” says Anderson. “Not impossible, but very expensive. Put it all together, and people are driven to horrible things.”

Wayward Women is at the Old Treasury Building Museum until June 2020.