At the Movies: Five Films to See In June

The first days of a serial killer, the AIDS crisis and a genuinely disturbing but imaginative horror film. It’s a gruesome month in the cinema. Tarkovsky on the set of The Sacrifice 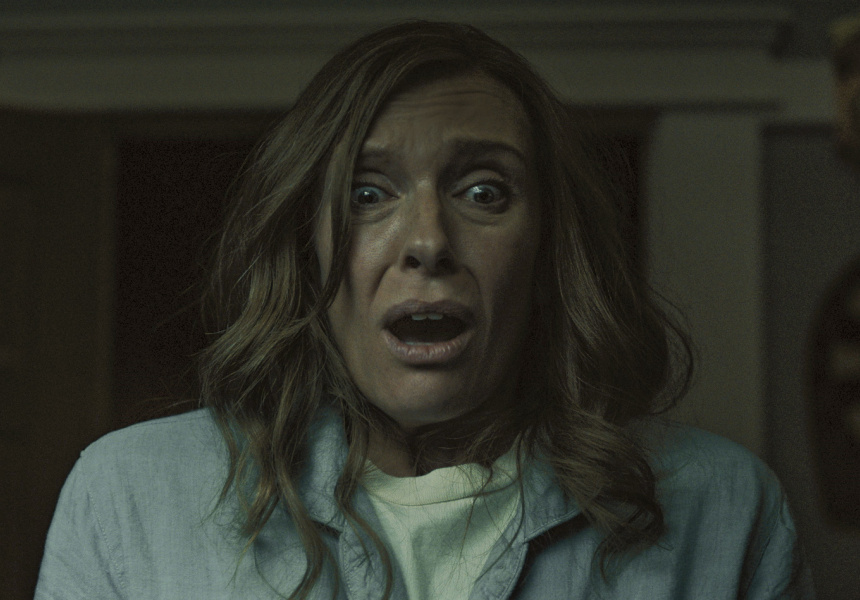 Hereditary
A film this scary, imaginative and fundamentally disturbing doesn’t come along often. All too often horror films rely on repetitive tropes that can be reassuring rather than frightening. Not Hereditary. We’re in Rosemary’s Baby and The Exorcist territory here.

In a picturesque mountain town, a family is torn apart by grief. Annie (Toni Collette) is an artist who fills the family home with miniature sculptures reflecting difficult events throughout her life, most recently the death of her mother. Her husband (Gabriel Byrne) struggles to cope with Annie’s bouts of mental illness. But has Annie’s mother really gone, or does something of her remain inside her shy granddaughter Charlie (Milly Shapiro)?

The scares come, initially at least, from the ordinary: grief, coincidence and the effects of trauma. There are moments designed to make you jump, but they’re just one aspect of tension that doesn’t let up for the entire film, and the distress that lingers for hours afterward. Collette puts in a career-highlight performance. This is the horror film of the year.

Hereditary is screening at cinemas everywhere.
Watch the trailer

My Friend Dahmer
In 1991 Jeffrey Dahmer was charged with 17 murders, many of which involved necrophilia and cannibalism. It’s grisly stuff. My Friend Dahmer is set in 1980s Milwaukee before any of that, during Dahmer’s childhood. Teenage Dahmer (Ross Lynch) is a kid with portentously disturbing habits – the kind of guy who fakes fits in class for attention and collects road kill in his spare time. When a group of misfits adopt him, it appears he may have a chance at a social life.

Based on a graphic novel by Dahmer’s high school classmate John Backderf, the film is a portrait of an isolated teenager as seen through the eyes of his peers. Its true-story status makes it fascinating at times, but no new ground is broken. Overall, it’s a perversely entertaining watch, and Lynch is perfectly chilling as the killer-in-training.

My Friend Dahmer is playing at Cinema Nova.
Watch the trailer

Foxtrot
A uniformed man turns up on the doorstep of a middle-aged couple’s home with news that their son has been killed in action. The realism of this opening scene only hints at the range of this warm, unpredictable Israeli film by director Samuel Maoz.

Set partly in a Tel Aviv apartment and partly at an isolated military checkpoint in the desert, Maoz juxtaposes the absurdity and monotony of military procedure against the civilian lives affected by war. Lior Ashkenazi, Sarah Adler and Yonaton Shiray play the family at the heart of the film, railing against their confined lives and fates with passion and humour.

Foxtrot is playing from June 21 at Cinema Nova.
Watch the trailer

BPM (Beats Per Minute)
It’s Paris in the early ’90s, and activist group Act Up-Paris is hitting schools, pharmaceutical companies and politicians with anger and gravity, aiming to raise awareness of the AIDS epidemic and promote prevention measures. Many are AIDS sufferers, and they’re waging a war against indifference to the disease.

BPM is playing at Cinema Nova.
Watch the trailer

The Sacrifice (1986)
On a remote Swedish island, a wealthy family – and their postman – gathers to celebrate the birthday of ageing intellectual Alexander (Erland Josephson). Then things take a turn: a news program announces world war, and Alexander attempts to make a deal with God to change the world’s fate.

The Sacrifice is Russian filmmaker Andrei Tarkovsky’s (Stalker, Solaris) final film. Tarkovsky knew he was at the end of his life, and this feels like an epilogue. There’s an inescapable awareness of mortality throughout, and the same meditative, philosophical consideration seen in his earlier films, but turned up a notch.

It’s Tarkovsky, so it’s not a fun night at the movies, and it’s a very patient watch. The runtime clocks in at a leisurely two-and-a-half hours, largely consisting of long, single-take scenes, monologues and mini lectures, but that pace is absolutely earned, and becomes mesmeric.

The Sacrifice is screening at ACMI
Watch the trailer