Listen to This: Middle Kids

From Bach to The Cranberries: this Sydney band draws influences from all over. 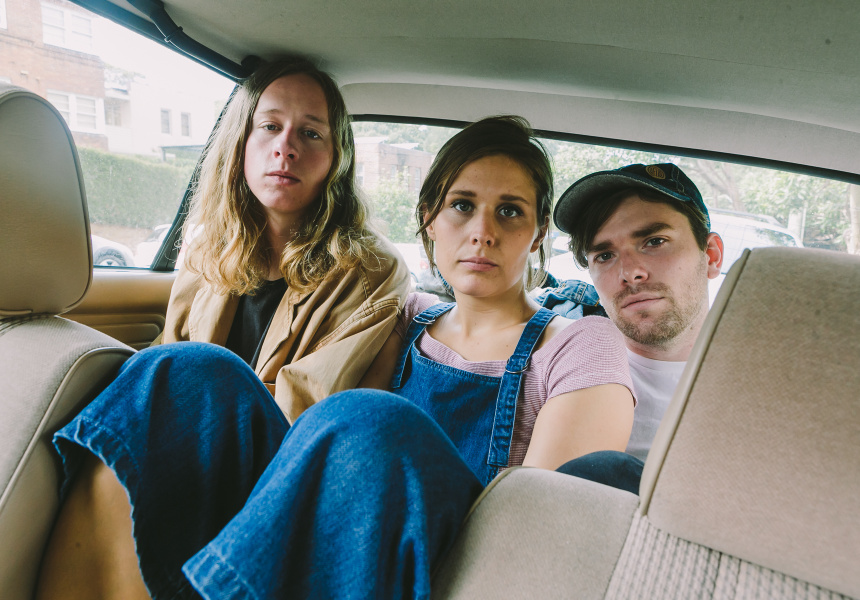 Middle Kids’ first single, Edge of Town, sounds like the musical equivalent of a sun-bleached Polaroid. The Sydney trio’s warm, worn-in sound belies the fact the band is so new that it has only played one live show. But despite being the new kids on the block its married members Hannah Joy and Tim Fitz have been involved in solo projects and collaborations over the past few years (Joy released a solo EP with singles Shiver, Wither and Fire In Your Eyes, and Fitz has release three solo EPs. Sour is a single from his forthcoming fourth EP). They’re joined by drummer Harry Day, an alumnus of the Sydney Conservatorium of Music.

Broadsheet: You've each worked as solo artists prior to forming Middle Kids – how did you start playing together?
Hannah Joy: Tim and I both started featuring on each other’s projects and we slowly began realising they were not solo projects anymore. Queue, Harry, who has played with Tim in the past.

BS: What different influences do you each bring to the band?
HJ: I grew up heavy-set in classical piano, Tim and Harry both have classical and jazz backgrounds. And then we listen to anything from Bach to Miles to the Stones to the Cranberries to Outkast to – how do I stop?

BS: You and Tim are married – how do you balance that with working/playing together?
HJ: It’s magical and tricky.

BS: Who are your personal songwriting heroes?
HJ: All hail Carol King and Paul McCartney.

BS: What can we expect from a live show?
HJ: Well to date we’ve played one show, so we’re asking the same question and answering it bit by bit. Can confirm though: high kicks, (sprechgesang/shouts of, “hey!”), and general rocking out.

BS: What's next for you guys?
HJ: We are about to go on tour with Julia Jacklin, whom we love. Then we are releasing another single in August, followed by our first EP. Then a bit after is Bigsound and tour with City Calm Down in September.