From social issues to science fiction, and deep discussions to delightful distractions, we’ve got your guide to this year’s program. 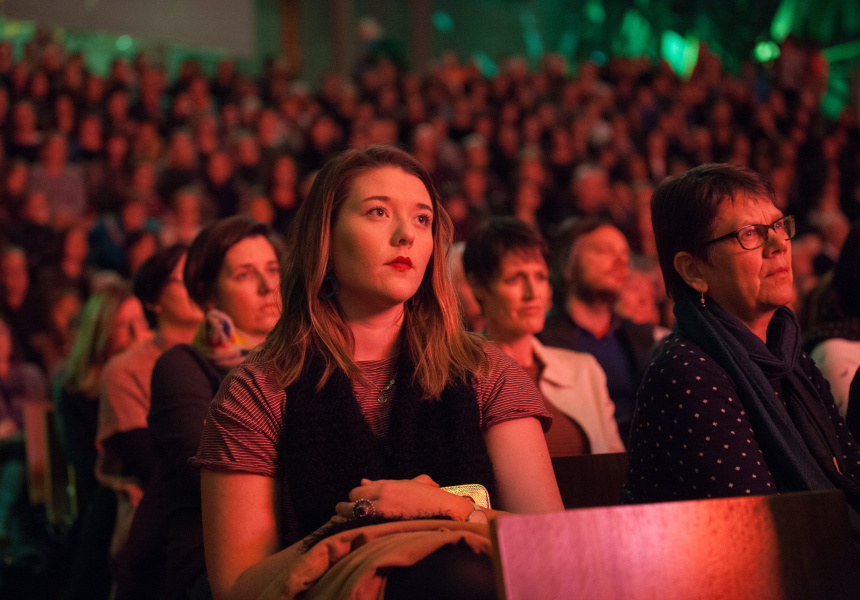 “For everyone who reads.” That’s Melbourne Writers Festival’s motto, and its 2017 program certainly adheres to that credo with its large and varied array of workshops, discussions, performances and talks packed into the 10-day schedule.

There are 200 events featuring local and international talent, including high-profile visitors such as American essayist and novelist Joyce Carol Oates; novelist Gabi Martíne; memoirist and transgender activist Janet Mock; and the Independent’s Middle East Correspondent Robert Fisk. Celebrated local writers such as Christos Tsiolkas, Anna Krien, Thomas Keneally and Alice Pung are just a few of the Australian literary talents that are part of this year’s program.

Here’s our shortlist of the best the festival has to offer.

Janet Mock is an internationally recognised journalist, author and transgender rights activist. She’s written two memoirs exploring her journey growing up poor, multiracial and trans in the US. Her keynote address will discuss why visibility is important, and the power words have to make an impact on the world.

For far too long, young-adult literature has been unfairly marked as lesser or frivolous instead of being recognised for the important role it plays in shaping young minds. In this keynote address, bestselling author Angie Thomas outlines why YA is so important in giving a voice to those who might otherwise not be heard, and how it can inspire and change lives.

What role does popular culture play in shaping the social politics and feminist ideas of the next generation? Coming together for what promises to be a lively, funny and important conversation will be Amani Al-Khatahtbeh, founder and editor-in-chief of Muslim Girl; Brodie Lancaster, author of No Way! Okay, Fine and the founder of zine Filmme Fatales; Hera Lindsay Bird, author of the self-titled cult bestseller Hera Lindsay Bird; and poet Patricia Lockwood.

The duel themes of family and grief are almost universally relatable to readers. How then can authors continue to bring new perspectives to these well-trodden topics? Authors Eliza Henry-Jones and Melanie Joosten have tackled this challenge in their work. At this free event they will discuss their work, their audiences, and balancing comfort and pathos. This talk kicks off a day of discussions in the “Readings Recommends” thread, which will also include discussions on dystopian fiction, crime and short stories.

Identity and what it means in Australia’s modern multicultural landscape is an idea increasingly explored through literature. At this event, authors Randa Abdel-Fattah, Maxine Beneba Clarke, AS Patrić and Alice Pung will discuss their work and the second-generation Australian experience.

Taking its motto to heart, MWF offers an event for younger readers – specifically children aged five to eight. Hosted by actor, comedian and game designer Ben McKenzie, this immersive nine-minute game allows children to themselves become the story, via a narrative that takes them on an epic journey to rescue a friend from a monster.

A computer scientist, a historian and a professor walk into a cinema … and discuss the future of the human race. It’s not what you typically expect from a writers festival, but this panel brings together an expert panel to discuss the increasingly pertinent question: as machines grow more and more intelligent, what does this mean for the future of jobs and the human race? And if we no longer need humans in the workplace, what happens to our economy, our society and our sense of purpose?

This popular, laid-back event returns for another year and features the best of the best of queer writing from around the world. The Queer Literary Salon offers a high quality program in a relaxed atmosphere. Hosted by Karen From Finance, the evening will include readings by Laurie Penny; Raina Peterson and Norman Erikson Pasaribu; Omar Sakr; and Hera Lindsay Bird, whose poem railing against Monica from Friends is a must read, even if you’ve never once enjoyed a poem.

It’s been 20 years since Harry Potter alohomora’d his way into a generation’s hearts, and it’s time to celebrate. Still slightly shrouded in mystery, this all-day free event for Potter fans of all ages will feature a sorting, live performances and prizes for those who show up in costume.

Change. Circularity. Rebellion. Carousels. Rounding out the festival is On Revolution, an event for which 11 writers will each reflect on this year’s theme: Revolution. Involved are local artists author of The Slap, Christos Tsiolkas; award-winning Indigenous writer Ellen van Neerven; and award-winning writer and archaeologist Jennifer Porter, as well as writers from across the world. This mixing pot of perspectives and ideas will be one of the festival’s highlights and a fitting end to MWF 2017.