Your first look at the 2014 Melbourne Music Week line-up and festival hub. 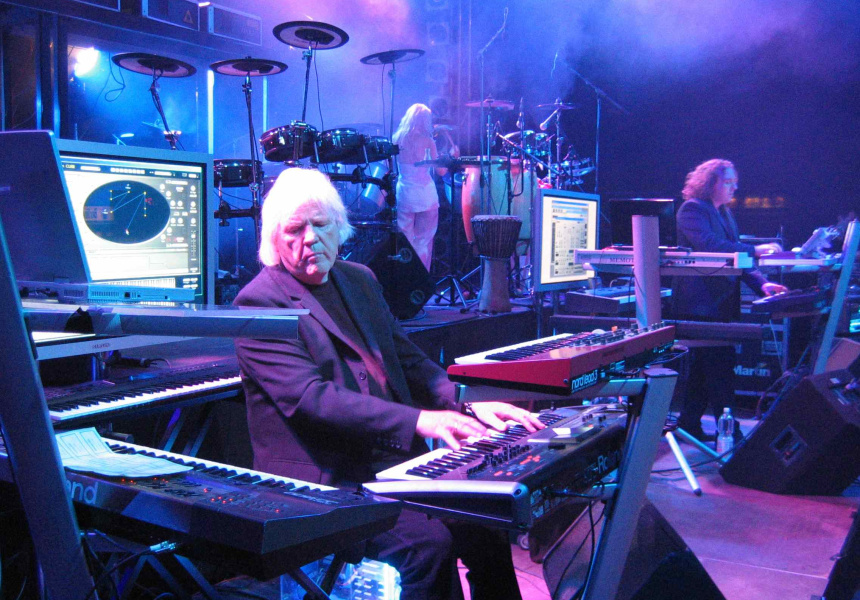 Last year it built a dome and threw parties in an underground uni car park and at Flagstaff station. In 2012 it triumphed with where?house, a hub in The Argus Building which had previously sat derelict on the corner of La Trobe and Elizabeth Streets for more than 20 years. The year before that? The glowing, geometric wonderland, Kubik.

It’s fair to say that expectations are high. Now in its fifth year, Melbourne Music Week is reimagining Melbourne spaces as live music venues again, taking over the Queen Victoria Market as its festival hub for 2014.

But the biggest surprise is finding German krautrock pioneers Tangerine Dream on the bill, with Dusky and Ten Walls the other notable international inclusions so far. At the other end of the spectrum, veteran Australian band The Church will perform a bound-to-be-beautiful live-score performance to a screening of Jean Cocteau’s avant-garde 1930 film Blood of a Poet at ACMI. Other special experiences will include post-classical duo A Winged Victory for the Sullen bringing their ambient and ethereal sounds to the Melbourne Recital Centre on the opening weekend.

Also making a return is industry conference Face The Music, offering two days of presentations, workshops, networking and forums around making a career in the industry.

The festival will see 250 artists performing at more than 110 events at 40 locations, and more than half of the events are free.

Melbourne Music Weeks runs from November 14 to 23 at the festival hub at Queen Victoria Market and various locations around Melbourne. Tickets go on sale at noon today from melbourne.vic.gov.edu.

The full MMW 2014 program will be released on Wednesday October 8.